"COMPULSION SONGS IS GOING TO BE A CLASSIC WITH PEOPLE IN TIME". THE LUCID DREAM INTERVIEW

Formed in Carlisle, Cumbria in 2008, The Lucid Dream have just released their third album, the magnificent Compulsion Songs. Monkey Picks caught them at the Lexington in London the day before release and is still slightly in awe with what it witnessed. It’s been a pleasure to watch them develop and progress over the years from being initially attracted by their (then) Mary Chain sound to the unstoppable dubby, psych rock, Krautrock juggernaut they’ve become. One of the most innovative bands around at the moment their live shows are phenomenal; managing to harness raw power, imagination and hypnotic grooves to move the body and the mind.

Let’s start with the new album, Compulsion Songs. Did you have an idea in mind, leading off the previous album, or was it ‘let’s just see what comes out’?
I think it's a natural progression from the second album, The Lucid Dream. I look back at our debut, Songs of Lies and Deceit, which took four long years to complete and think it is a band finding their identity whilst borrowing heavily; let’s be honest, the Spacemen 3 debut was very like that. These last two albums I think have put us in a class of our own, and it is no secret many share that opinion. No band are covering the genres in one release that we are. Compulsion Songs is going to be a classic with people in time, I can sense it.

Was it pieced together over an extended period or done during one concentrated period of recording?
Surprisingly this album was very simple and constructed from a recording/mixing view. After recording 'Bad Texan' for a single in November 2015 we knew we should strike while the iron was hot, and recorded the album over February-June 2016. We spent five days recording it at Whitewood Studios, Liverpool, with Rob Whiteley and the way of working was that I had all the songs ready, we literally spent a day rehearsing each - the joys of being in a band who are shit-hot and know each other perfectly - and then off to the studio to record it a few days later.

What's your recording process like?
Everything was very structured really, and we laid the guide takes down second or third attempt. 'I'm A Star In My Own Right' - the morning I showed the guys the song, we then played it a couple of times in the room, and literally were grinning at each other thinking 'that's it!'. Fourth time we ever played that song together was the album take. Only 'Epitaph' required a lot of work in the rehearsal room, which is no surprise given it's 11 minutes long. We recorded '21st Century' and most of 'Nadir' on a Friday afternoon, 12 hours later we were in Barcelona to play. A productive weekend to say the least. Also, I knew with family commitments, I became a father for the first time last October, that we couldn't afford in time terms to ponder on mixes endlessly. I also knew from obsessively mixing the last album that you soon lose perspective and love for the album for a short while too.

All your releases have been via your own Holy Are You Recordings. What are the advantages and disadvantages of working this way?
Self-releasing for us has been amazing. The advantage is that we take full ownership/proceeds from the sales. A huge shout-out has to go to Guy Sirman at Southern Record Distribution. Without him/them we would not be able to put the albums out. We are now in a position where we can put a record out without having to pay upfront for it, and then see it distributed in the best possible manner. The downside is that we can only have a certain reach whilst being DIY. We employ our own PR in UK but we deserve to be getting full releases throughout the world with thorough PR campaigns.

How does it affect sales?
We are punching way above our weight self-releasing. This album has been one of the top sellers at the independents, and I have been told that had we have went through the corporate route that we would probably be charting top 50 this week, and very likely top 10 on the vinyl chart. No word of a lie, when we put an album up for pre-order our inbox is flooded. We had 100 direct copies of this new album and they sold out in a couple of hours. The figures at the likes of Piccadilly and Norman have been abnormally high. 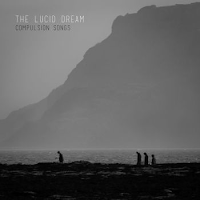 Music, like the majority of work in the creative arts, appears to have become marginalized these days. Is being in a band like yours financially difficult to sustain, particularly with touring?
We do well in that respect, which I guess stems from self-releasing. We pay for absolutely everything - recording, mastering, PR, art etc. The only thing we don't directly pay for are the manufacturing costs. We always do well out of albums though as they sell very well for our level and touring does well for us too. We aren't a band to be careless in the studio so studio costs really are minimal. We can get a song-a-day recorded, easy.

Do you think some have an issue with you bringing out your releases? Certainly if you self-publish books people’s attitude is often it must be a bit crap if no ‘real’ publisher will touch it.
I think the people mainly to be culprits of that are the bigger label/agent arseholes and pretentious websites. Let's be honest, a self-released band from Carlisle isn't marketable but the proof is out there to see that we have a very intelligent, non-judgemental, comparatively large fanbase. We aren't a band to suffer fools gladly, and the message to all those judging us without listening is 'fuck you'.

The reviews for Compulsion Songs have been uniformly positive but I remember Shindig! magazine giving you a bit of a hard time in the early days. How do you react to criticism?
Shindig! were pretty critical a few years back. The first time was when 'Heartbreak Girl' was released in 2011, and the writer in question accused us of jumping on the psych bandwagon. The irony of that statement was that we had been this for four years at that point and 'Heartbreak Girl' isn't remotely psychedelic, or claims to be. The other time was when we played Liverpool Psych Fest in 2013. We drew one of the biggest, most receptive crowds of the weekend. The writer claimed the crowd were bored or something like that. My simple reply to that - how did our crowds go the following two years? A rhetorical question.

What about your geography? I think you’ve said if you weren’t from Carlisle and was from a “trendier” big city you’d receive more coverage. With communication easier these days via social media and whatnot does where you’re from make any difference?
The problem is that people can't take you seriously in certain areas if you're from a northern 'uncool' city like Carlisle. It is ridiculous and unfortunately is an issue that will never go away. There’s a kind of geographical discrimination that happens in the industry. Also, coming from Carlisle means that you need to work extra hard to get recognition. There's no 'scene' here, people aren't going to be passing your disc around to promoters, writers etc. Once we started in 2008 we went out and played shows in the northern cities, lost a lot of money in the process but made an impact. Every show somebody would be saying 'we've not seen a band as good as you in years' and word-of-mouth developed. If you're from Leeds, you're half-good and play a gig at the local pub you've got the NME and shite like that on speed-dial. Thankfully, in Carlisle that's not a possibility and you've got to work extra hard to get out there; the nearest city is an hour away. We can genuinely say we've never had any 'label interest' ever, not that we care. When we recorded our last album in Liverpool majors were sending scouts up on a weekly basis to look at signing bands who had played a handful of gigs. Says it all.
Let's talk about labels, ‘psych’ in particular. Handy shorthand for journalists or restrictive pigeonhole for musicians?
In fairness, we are a band that's hard to pin down. We're dabbling in psych, dub, garage rock, krautrock. I guess all have 'psychedelic' elements so appreciate we have to accept that as a pigeonhole. To me bands like The Flaming Lips at present, a band who are genuinely weird, do the unexpected and are unhinged are psychedelic, but psychedelic to most appears to be 'has flanger/delay/reverb pedal, haircut and leathers.' To us it means experimental, challenging music. And fuck the leathers and get the shit hats off, get some Adidas, Lacoste, Fred Perry and Paul and Shark on you posers!

How would you describe your music?
Experimental but also in touch with classic pop music. The thing that makes us stand out is that musically we are on fire, but we also know what a great song entails.

What do you want to achieve with the Lucid Dream that you’ve not done so far?
We often have this conversation, and we've achieved more than we ever expected. Initial ambitions were to get a release on vinyl, play outside of Carlisle – honestly! - and have a top time. We've done all those, but also had a lot of records out, played 20 countries and done a few 6 Music sessions, to name a few. The present to-do list for me would be topped by a Maida Vale session and a couple of USA/Americas shows.

What would be a measure of ‘success’?
Has somebody said you have changed their life? If so, that's all. We have been lucky enough to have that acclaim several times. Even things like a fan having 'You & I' as their first dance at their wedding, it doesn't get much better than that. 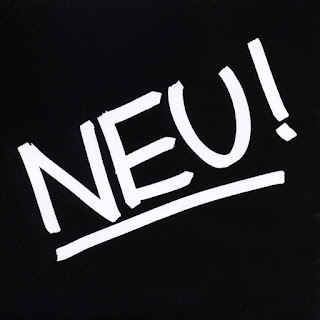 Neu! – ‘75 (Brain, 1975)
"This is the album that got the ball rolling with this album. Tracks like 'Nadir' and 'Epitaph' are based around that whole motorik beat. You could play those patterns for days and not get bored of it. Love this album. Changed everything. " 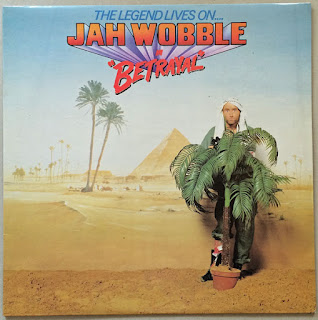 Jah Wobble - The Legend Lives On… Jah Wobble In ‘Betrayal’ (Virgin, 1980)
"One of the main components for the dub influences on this album. Jah Wobble is a perfect example of an Englishman who took on board the genius music from Jamaica and inspired it as his own. Something we are tapping into. Check out 'Tales from Outer Space.'" 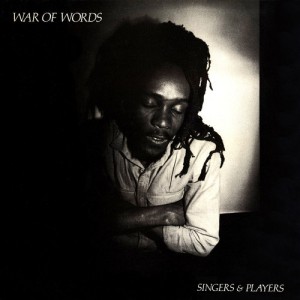 Singers and Players - War of Words (99 Records, 1981)
"Adrian Sherwood produced dub/and more. Amazing album, all very sparse but proves less is more. Some excellent 'toasting' on this album. We were going to have somebody toast on this album but shelved the idea. Maybe next time!" 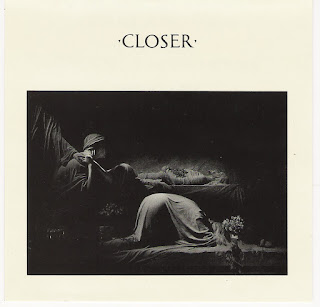 Joy Division – Closer (Factory, 1980)
"One of the greatest albums ever. Ian Curtis lyrically on this album was such an inspiration. Dark, dark music, but the impact is second to none. Ian was an example of what you could do with a limited range. One of the all-time heroes. The synths and drum/bass patterns on this album were imperative for forming 'Epitaph' and 'Bad Texan'. 'A Means To An End' has that dance element that 'Bad Texan' does." 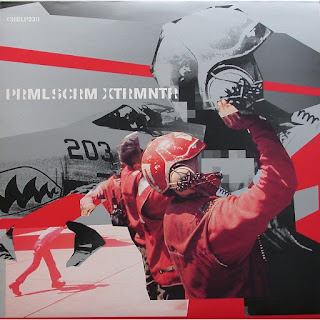 Primal Scream – XTRMNTR (Creation, 2000)
Aggressive, confrontational, experimental rock 'n' roll. Everything The Lucid Dream are about live is "in that sentence, and without this album we wouldn't be. See '21st Century' or the last section of 'Epitaph' for reference."

Labels: holy are you, monkey interviews, the lucid dream