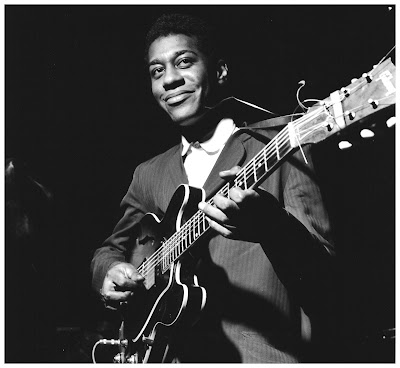 1.  The Sinceres – ‘Please Don’t Cheat On Me’ (1961)
Prolonged exposure to doowop can make me feel like I’m trapped in an episode of Happy Days with only Ralph and Potsie as company but it’s worth slinging a dime in Arnold’s jukebox occasionally.

2.  The Emperor’s – ‘I Want My Woman’ (1965)
The Emperor’s what? Sore throat? This growling garage prototype stalks menacingly for two and half minutes while said woman presumably hides in a cave.

3.  The Grass Roots – ‘Heaven Knows’ (1969)
Difficult to not sing parts of the Box Tops’ ‘Soul Deep’ through this equally infectious ray of sunshine.

4.  Manfred Mann Chapter Three – ‘One Way Glass’ (1969)
Anyone encountering Manfred Mann Chapter Three on a night out expecting to hear ‘Pretty Flamingo’ would’ve been in a rude awakening. Mann and Mike Hugg led this line-up down a progressive jazz route and there are plenty of freaky, squalling moments on their eponymous debut LP. The trippy, horn laden ‘One Way Glass’ isn’t at the extreme end and makes for an ideal psych club tune. Both their albums worth investigating.

5.  Grant Green – ‘Jan Jan’ (1971)
Blue Note had so many Grant Green recordings they ended up with a backlog of stuff that either never got released or had to wait many years, as in the case of Live At Club Mozambique. Recorded in January 1971, but only issued in 2006, Houston Person (tenor), Clarence Thomas (tenor/soprano), Ronnie Foster (organ) and Idris Muhammad (drums) join guitarist Green (pictured above) for a thrilling club set.

6. Richard Caiton – ‘I Like To Get Near You’ (1969)
Sweeping soul out of New Orleans from local lad Caiton.

7.  Frederick Hymes III – ‘Time Ain’t Gonna Do Me No Favor’ (1970)
Only available from Hymes at his gigs this super-collectable 45 is a gem. ‘Tighten Up’ style guitars, funky drumming, punchy horns and a fantastic vocal.

9.  Paul Orwell – ‘Loaded Street Syrup’ (2017)
I presume the four tracks on Paul Orwell Presents Hard Shakes were leftovers from Paul’s Organized Blues phase. Like the tracks on that LP these are short, in-your-face, fuzz and Farfisa instrumental nibbles. All good fun but merely a tasty snack before the more substantial offerings of Paul’s The Shoots project – coming soon - and his second ‘proper’ solo album. Trust me, I’ve had sneaky preview, these are gonna be the real deal.

10.  Pasapogas Hammond Quartet – ‘Modern Hall’ (2017)
Pasapogas Hammond Quartet are Ángel Soriano - Hammond Organ, Jero Colomina - guitar, Santiago Vilella - drums, Riard Chumillas - tenor sax and flute, J.M. Maldo – percussion, and what these Spaniards lack in arithmetic they make up for in slick soul-jazz. With three very stylish EPs to their name (check the artwork), Modern Hall the lead track from their latest. Fans of JTQ and even early Style Council form a queue.
Posted by Monkey at 17:31 No comments: 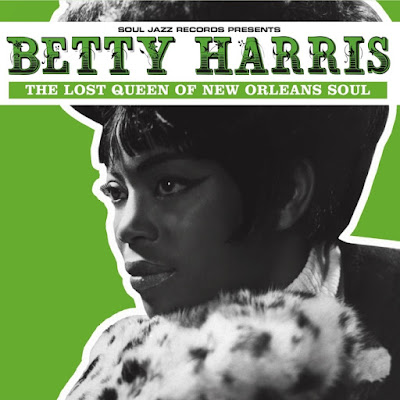 A cackling, engaging presence throughout, it was a joy to spend an hour in Betty’s company and this gig was everything, if not more, anyone could’ve hoped for. Betty was correct, it did take a long time but she made it.
Posted by Monkey at 10:29 No comments: 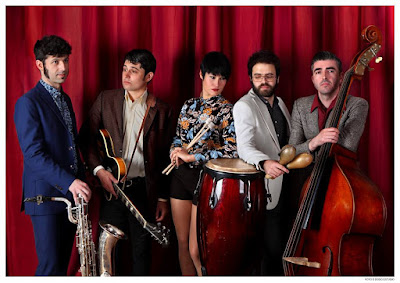 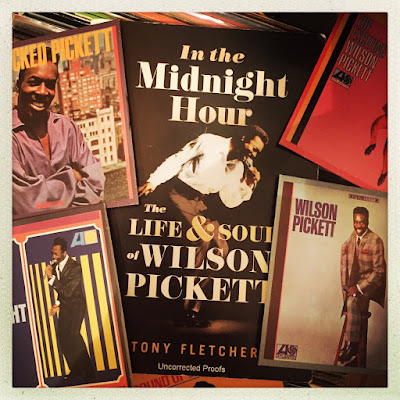 In The Midnight Hour: The Life and Soul of Wilson Pickett by Tony Fletcher is out now, published by Oxford University Press.
Posted by Monkey at 20:41 4 comments:

DIANA RIGG GOES FOR A WALK 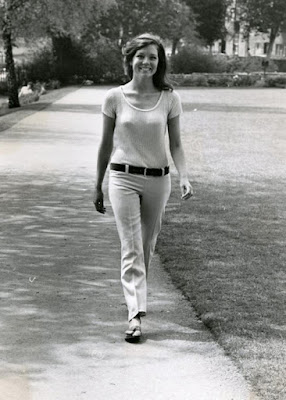 Apologies for lack of posts recently, should have a couple to go this week. In the meantime, as a thank you for popping by, here's Diana Rigg walking in the park (looks like Embankment Gardens to me). See ya soon.
Posted by Monkey at 11:22 4 comments: 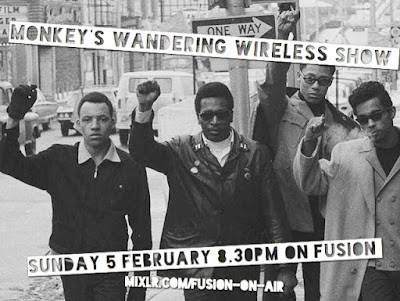 If you’ve not listened before it’s simply me playing records and intermittently interrupting them to provide information and half-truths. If you’ve never listening before, give it a go – Fusion only broadcasts for one hour a week and whoever is in the chair makes it an unmissable part of the weekend – and if you have, don’t let that put you off, I’m hopefully slowly getting the hang of this broadcasting lark. The music will cover a few bases but if you’re a reader of Monkey Picks you’ll dig it.

You can join up to Mixlr.com to chat and comment throughout the show, or just sit back and tune in. Either way, hope to catch you there, it'll be fun. Honest. The station crackles into life at 8.30pm prompt.

Now available to catch-up on the Fusion Showreel: Monkey's Wandering Wireless Show.
Posted by Monkey at 17:21 No comments: