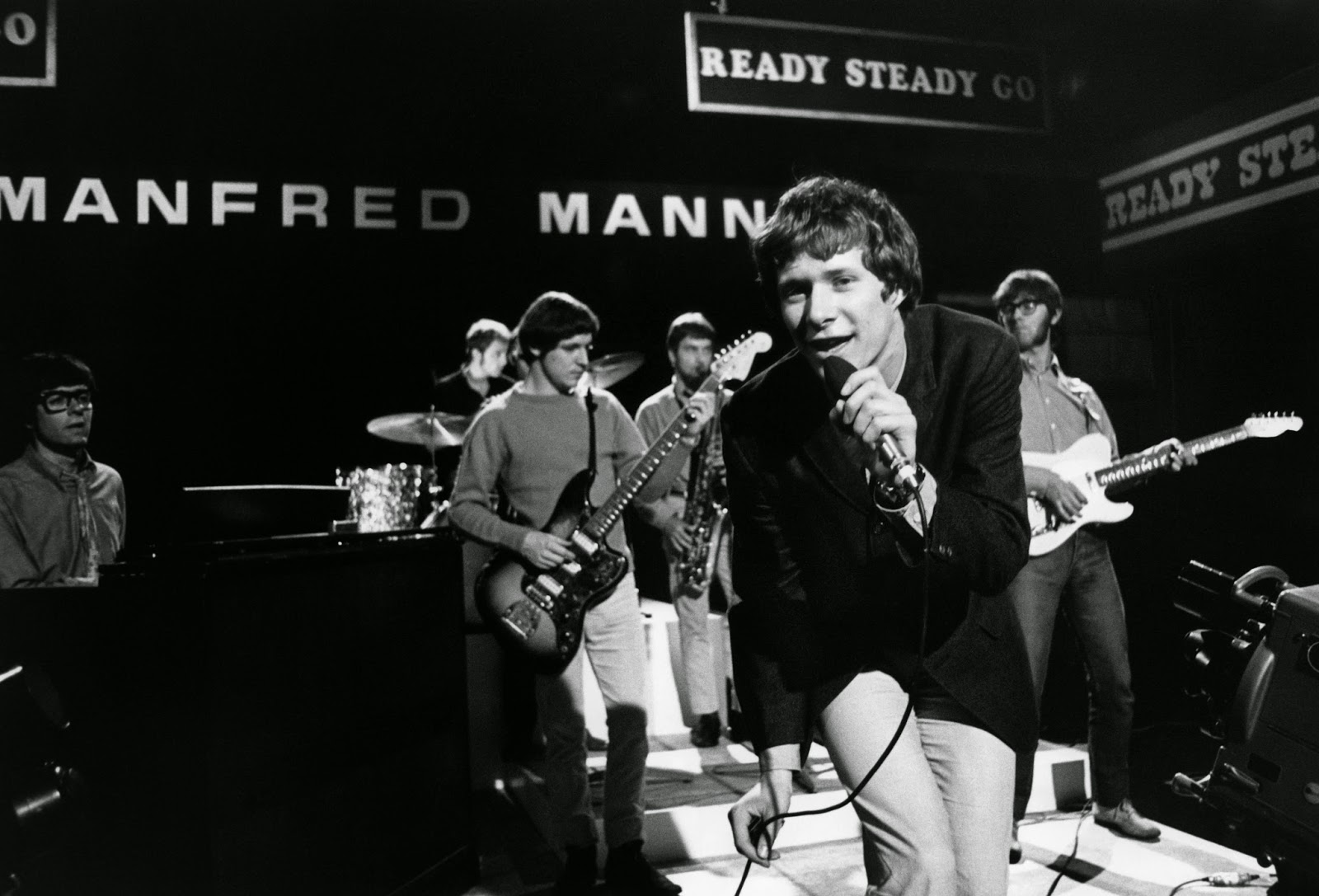 1.  Manfred Mann - "Ain't That Love" (1964)
The Manfreds had such an embarrassment of riches around this time (Paul Jones era) - both in well chosen covers and originals - they couldn't find space to release this group composition until the 1990s. Had it been a 45 it'd be a mod club dancefloor staple today. Just listen to that flute.

2.  The Action - "You'll Want Me Back" (1965)
Recorded as part of their audition for Decca on 31 May 1965, and only available now thanks to Top Sounds' new 4 track EP - this interpretation of an Impressions B-side gives even more evidence (if any were needed) of what a magnificent group The Action were. Reggie King always rightly gets the plaudits, and his lead vocal here is superb, but Alan King and Pete Watson's harmonise in a way no other British beat group were doing, or could even dream about doing as well. This recording is like being in a room with a band on the verge of something very special. Decca said no.

3.  Duffy Power - "Leaving Blues" (1965)
As British Blues singers go, Duffy Power was up there with the very best of them. In fact, listening to the material he cut during 1965 it's difficult to think of anyone who had more natural feel. Record companies though could see any commercial value so a whole album sat on the sleeve gathering dust until Transatlantic put it out under the title Innovations in 1971.

4.  Cleveland Robinson - "Love Is A Trap" (1965)
I've never owned this song in any shape or form - not as a single, on a compilation LP, CD or even homemade tape, yet can sing you every word (should you be unlucky enough to be in earshot) and it's guaranteed to get me dancing as anyone at the 6T's Rhythm & Soul Society Christmas Party the other week can testify. If I trod on your foot, apologies; but who can resist a record that sounds like a one-man Drifters colliding with the theme from the Generation Game?

5.  Ollie Jackson - "Gotta Wipe Away The Teardrops" (1966)
Back when I first started attending all-nighters ("during the war...") this was played all the time and was typical of the style popular then: big voice, mid-tempo, sparse arrangement. Still hard to beat.

9.  Manic Street Preachers - "Mausoleum" (1994)
Twenty years since release and the final gigs with its main architect Richey Edwards, Manic Street Preachers played their masterpiece The Holy Bible live in its entirety this month. Thanks to the generosity and thoughtfulness of others I was fortunate enough to catch two of the shows at the Roundhouse. The second in particular was excellent (the first slightly hampered by James Dean Bradfield's lurgy) - truly gripping - and despite the intensity of the material and the extreme emotional baggage the band appeared relatively relaxed and even appeared to enjoy the experience; a far cry from the infamous Astoria gigs of December '94 when I was certain it would be the last time I'd see them. That, of course, only turned out to apply to Richey. Gone but never forgotten,

10.  Gang Starr - "Jazz Thing" (1990)
Not sure it had a name but following rare groove and then acid jazz there was "a scene" around the late 80s and very early 90s where jazz and funk and hip-hop and, for want of a better term, "modern dance music" were all thrown into a pot from which loads of great records were cooked. Gang Starr's "Jazz Thing" is a classic example and the opening track to the first volume of The Rebirth of The Cool compilation series which boldly announced "The nineties will be the decade of a jazz thing".
Posted by Monkey at 11:05 4 comments:

THE JAM in SMASH HITS 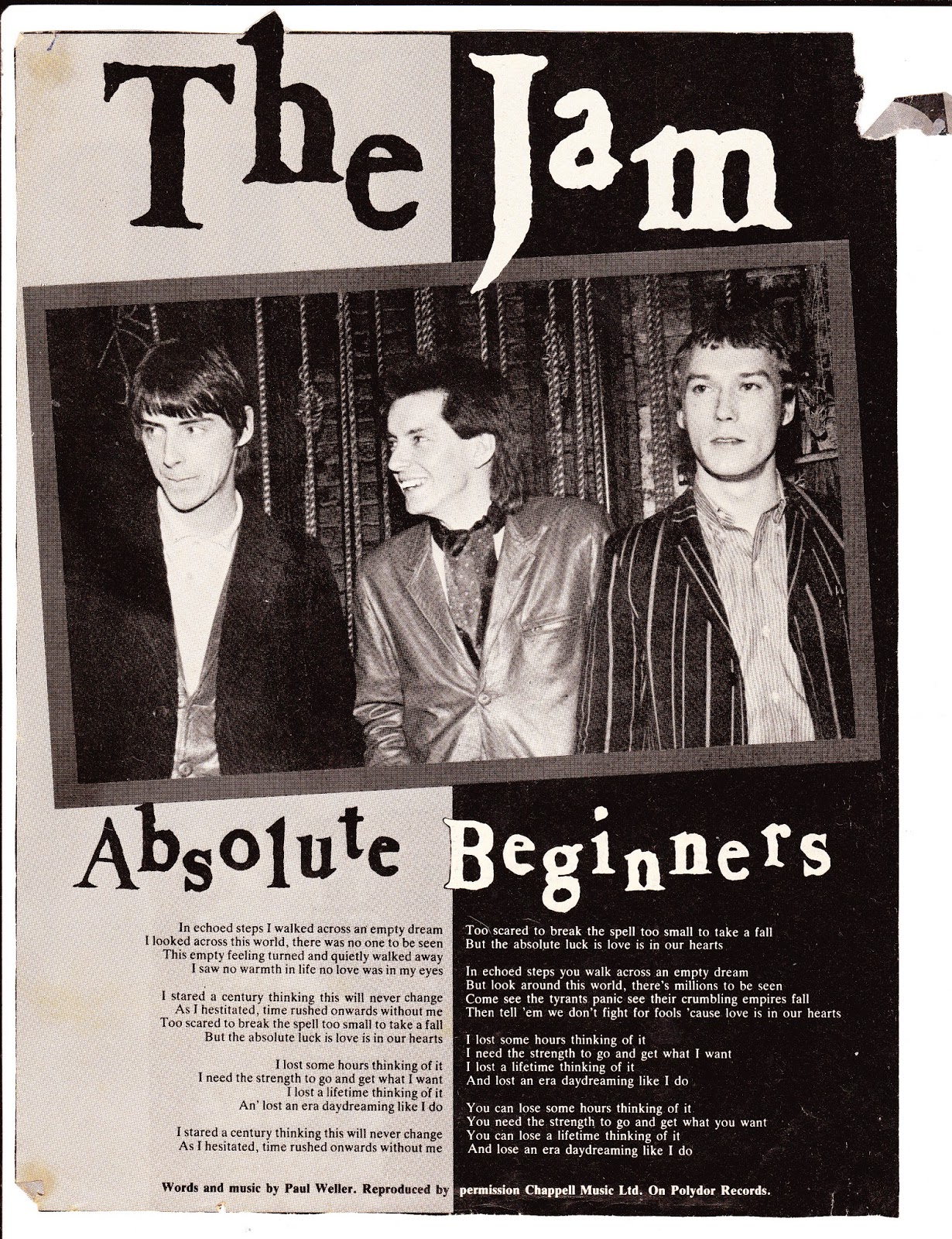 Rummaging in the back of a wardrobe in my childhood bedroom I came across a long forgotten collection of Jam posters. Some were so thoroughly forgotten seeing them now only brought back the tiniest flicker of remembrance. These four here though, pulled from the pages of Smash Hits between October 1981 and December 1982, are clear as day. They represent precisely the period of the band's career I was aware of and experienced first hand, albeit from a distance - I never saw them live.

The Jam meant the world to me then and stuck with Blu-Tac to my walls and cupboard doors these "song words", as Smash Hits called them , were quickly committed to memory, where they've remained ever since. The phrase "Repeat chorus and ad lib to fade" entering common parlance to folk of a certain age whose reading matter was still confined to the pages of Britain's glossiest pop mag.

I recall being very annoyed with Smash Hits for their treatment of "Beat Surrender". Here was the Jam's swansong and they gave it the laziest piece of non-design artwork in the history of the mag. Look at it, shocking. 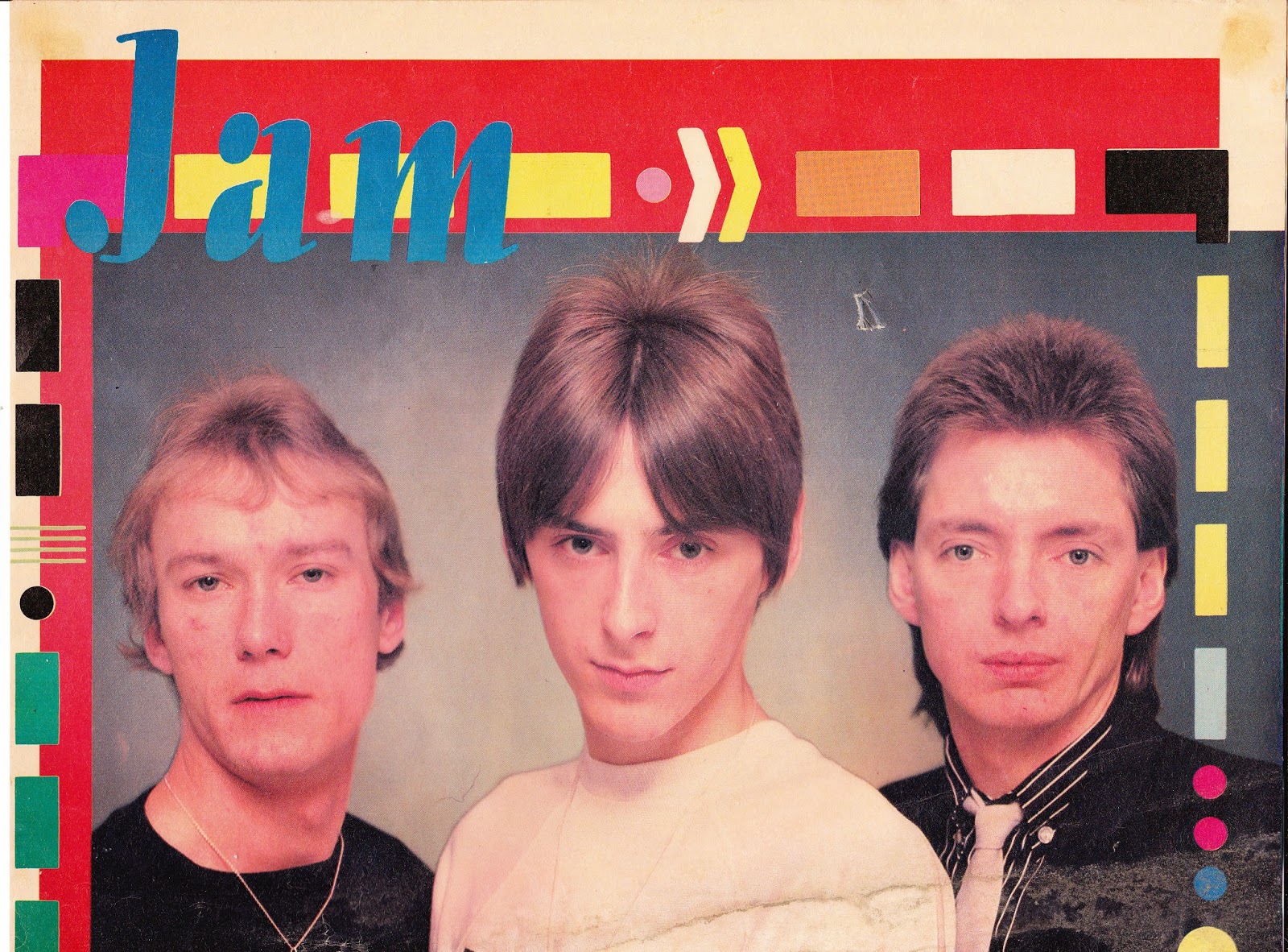 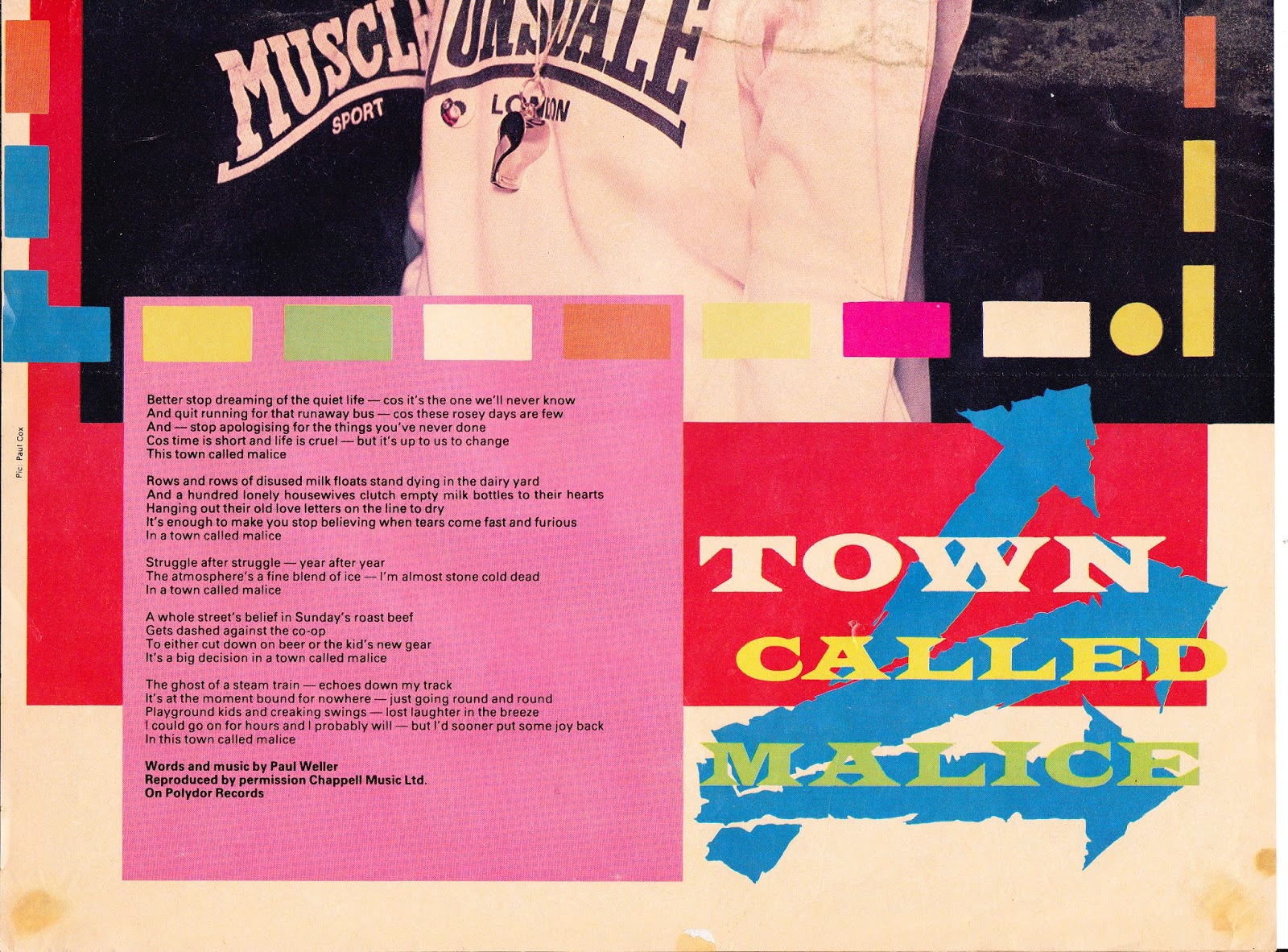 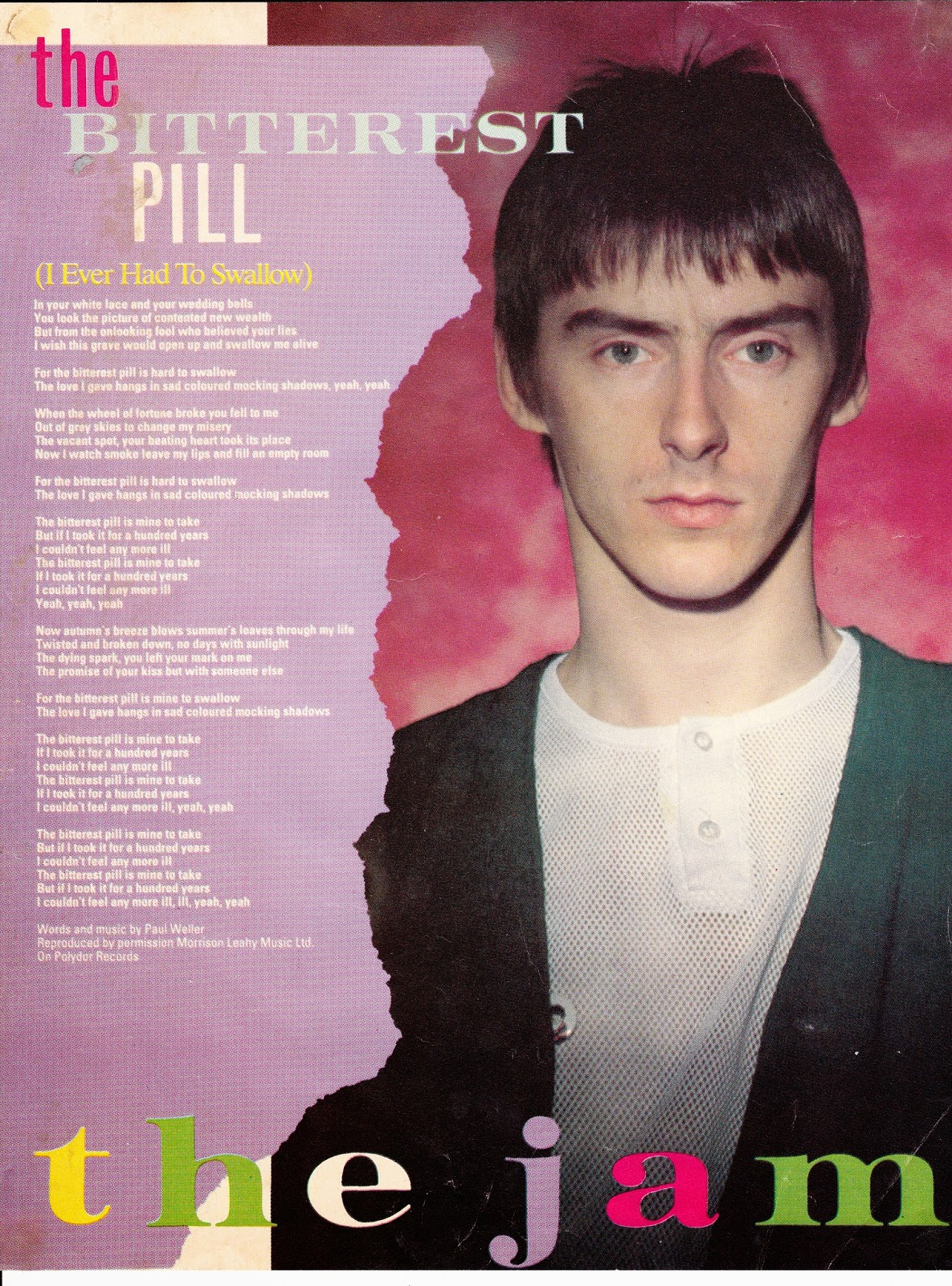 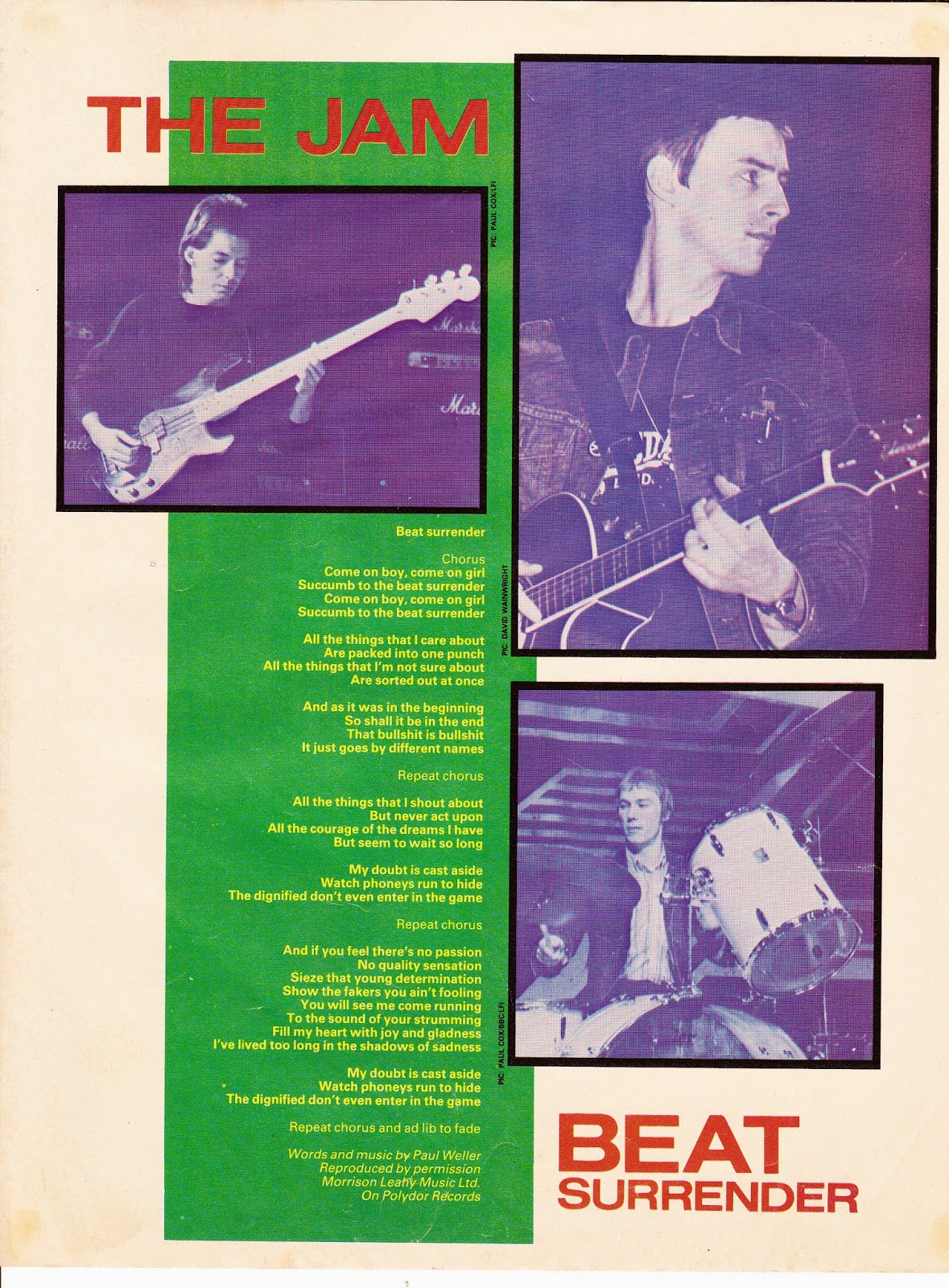 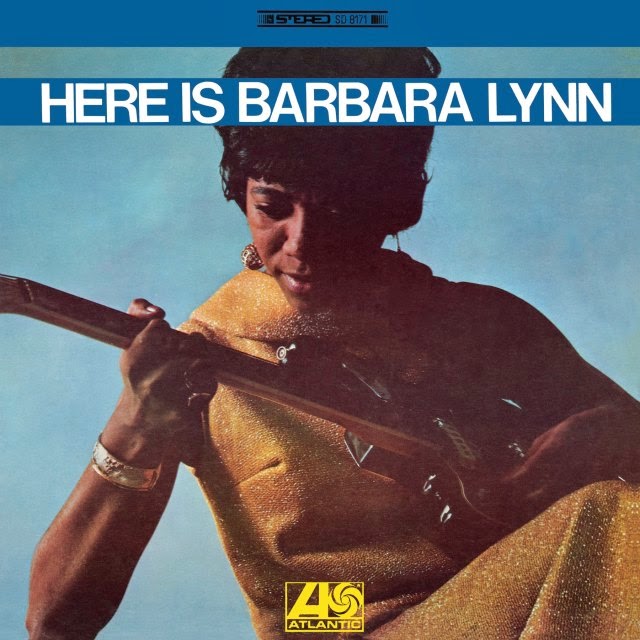 After hitting big with the smoky "You'll Lose A Good Thing" in 1962 and having the Stones famously cover her "Oh Baby (We Got A Good Thing Going") in 1964, Texan singer, songwriter and guitarist Barbara Lynn signed to Atlantic Records where they announced her arrival with the album Here Is Barbara Lynn.

Now lavishly reissued for the first time courtesy of Light In The Attic Records, it's been fully remastered from the original tapes, pressed on 180 gram vinyl, housed in a sturdy gatefold sleeve and includes a colour insert with photographs and an interview with Barbara. More importantly than all that, it's a superb album of classy, understated soul music. It's topped and tailed with two of her most well known songs - "You'll Lose A Good Thing" and "This Is The Thanks I Get" - with everything in between of comparable quality.

There's no need for raving or over-singing, just sit firmly on the groove and simmer until cooked to perfection. "Take Your Love And Run" and "Mix It Up Baby" knock the tempo up a touch but it's the ballads and mid-tempo numbers which excel with Barbara's self-penned "(Until Then) I'll Suffer" a real stop-you-in-your-tracks moment.

The release of Here Is Barbara Lynn coincided with Aretha Franklin's most successful period at Atlantic (Lady Soul and Aretha Now both charted in the top 3 in '68) so it's doubtful this record or Barbara got the attention they deserved. The fact "(Until Then) I'll Suffer" didn't make it to a single until '71 rather underlines this, but this reissue goes some way to deservedly bringing Barbara Lynn - still out there playing live - back into view.

Here Is Barbara Lynn is released by Light In The Attic Records.

THE WEDNESDAY PLAY: THE GOLDEN VISION (1968) 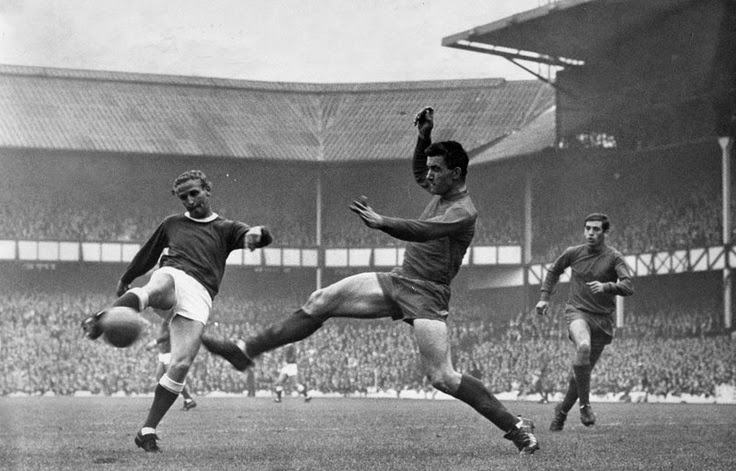 The Golden Vision is another Ken Loach directed gem from the BBC's The Wednesday Play series and a must-see for anyone interested in football in those pre-Sky Premiership days or working class life in the late 60s.

In Loach's familiar style of the time he blends drama, set around a group of Evertonians, superbly acted by a cast including Bill Dean and Ken Jones, who travel down to London to watch their side play Arsenal, and documentary sequences centered around Everton Football Club and their Scottish striker hero Alex Young, nicknamed The Golden Vision.

Written by broadcaster/newsreader Gordon Honeycombe (that name's a blast from the past) it's the interviews with, and attitudes of, the players which are especially enlightening with a revelations they don't enjoy the 90 minutes on a Saturday due to the pressure and alternatively have to relive the boredom during the week by drinking endless cups of tea. Such innocence.
Posted by Monkey at 11:12 No comments:

IN MEMORY OF IAN McLAGAN 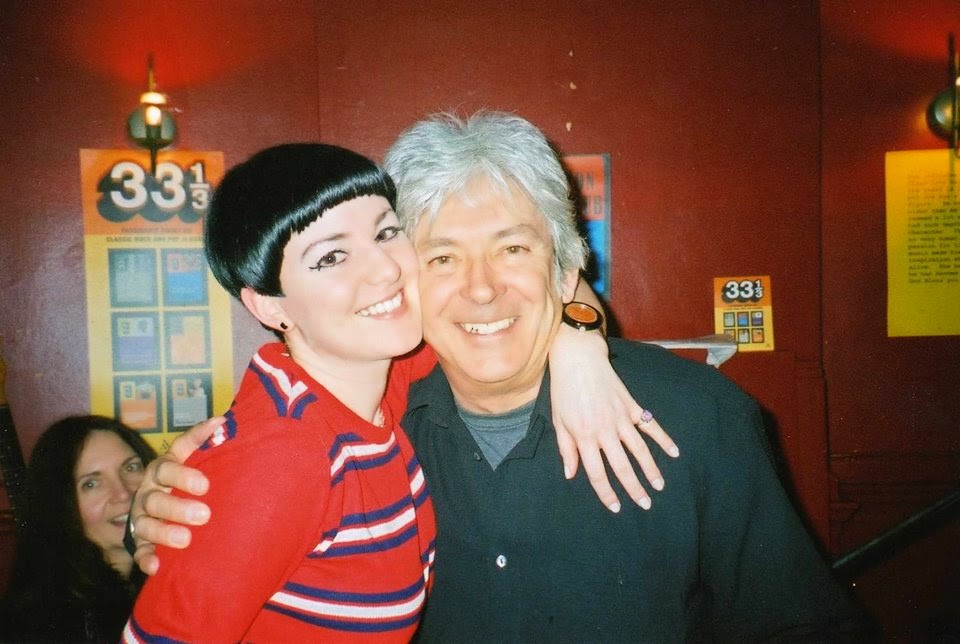 You will have heard by now about the passing of Ian McLagan yesterday. My Facebook timeline is packed today with heartfelt, and in many cases genuinely tearful, tributes to a man none of us really knew although a significant amount had briefly met. There's photo after photo of Mac grinning away and sharing a drink and a laugh with a complete stranger.

Mrs Monkey and I met him a couple of times and he was as lovely a geezer as you could wish to find. The first was a brief encounter with Kenney Jones at a signing session in HMV and the second was down the pub when Mrs M got him in the headlock she only usually employs on her best mates (see above). He might have been a famous rock and roll star but Ian McLagan felt like one of us rather than one of them.

And where did we all fall in love with the sound of a Hammond B3? It wasn't from Jimmy Smith or even Booker T. Jones but from Ian McLagan and the Small Faces, especially on those instrumental a go-go numbers "Grow Your Own" and "Almost Grown". Now it's up the wooden hills to join Stevie and Plonk. Thanks Mac.
Posted by Monkey at 16:21 4 comments: 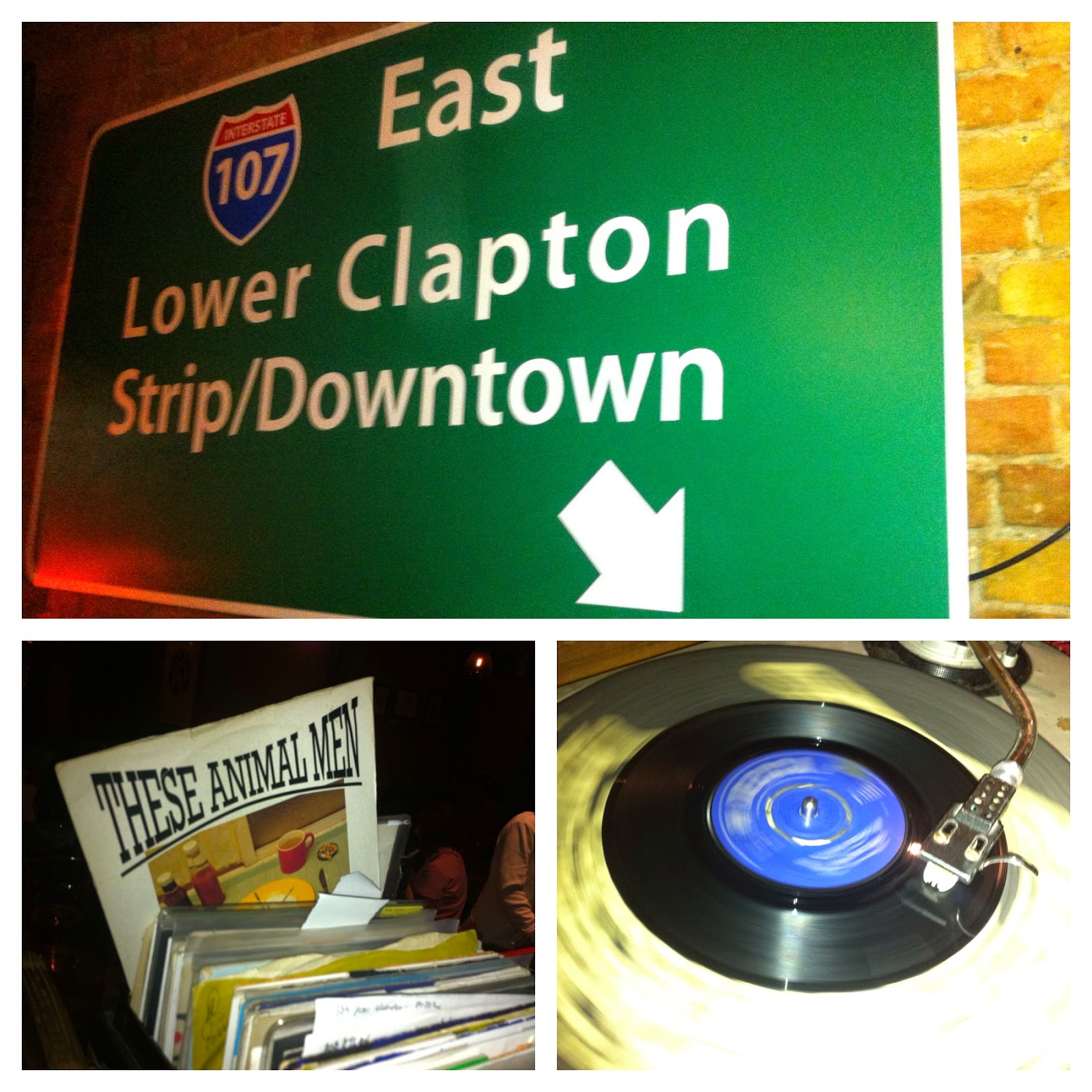 Was great fun to play a few records alongside Long John and Miles at Jukebox 72s down at Biddle Bros bar in Clapton on Saturday. Friendly crowd and bar staff and free reign to dig out a few old singles that haven't seen light of day for a while. These were my sets.