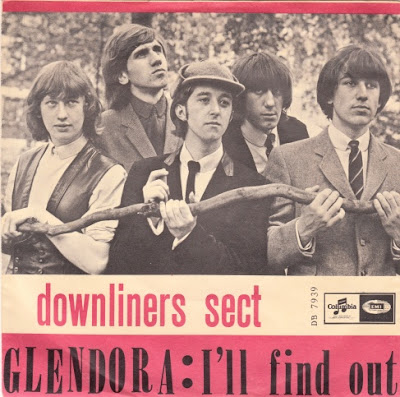 1.  Chuck Jackson – ‘Heartbreak Hotel’ (1962)
So many versions – far too many for me to trawl through – but Chuck’s smoky, late night cabaret effort must be among the best.

2.  Link Wray and the Ray Men – ‘Girl From The North Country’ (1965)
Chain rattling, looping, woozy harp version of the Dylan song. Bob, for his part, adopted the melody after hearing Martin Carthy’s arrangement of (pre-Paul Simon) ‘Scarborough Fair’ and releases 30 new covers this Friday on his Triplicate triple album.

3.  The Afro-Blues Quintet Plus One – ‘The Monkey Time’ (1965)
The Curtis Mayfield's Major Lance song given a swinging party feel and driven along by the vibes of Joe De Aguero and piano of Bill Henderson. Think Ramsey Lewis, Young-Holt Unlimited or even, a bit, MJQ.

4.  Angelica Maria – ‘Cansada De Esperar’ (1965)
Mexican ‘Tired of Waiting’. Sounds like it was recorded in a kitchen. If, like me, you’ve never heard of Angelica Maria she’s apparently such a humongous star of stage, screen and music that when she married Venezuelan singer/comedian Raúl Vale in 1975 it was the first wedding to be televised in Mexico. They divorced in 1988. None of this is relevant. Enjoy the song.

5.  The Soul Mates – ‘Too Late To Say You’re Sorry’ (1965)
Not a cover but as Darlene Love cut a version around the same time it sounds like one. When released on Chicago’s Marina Records the label proudly boasted ‘Recorded in Great Britain’ and ‘With Orchestra Conducted by Norman Smith’, he later of The Piper At The Gates Of Dawn fame. It’s all very British, very Dusty Springfield and very good.

6.  Joe Williams – ‘How Sweet It Is (To Be Loved By You)’ (1966)
As his early albums show Marvin Gaye always fancied himself as a jazz crooner so I can imagine he’d have approved of the big band treatment afforded here on Presenting Joe Williams and Thad Jones with the Mel Lewis Jazz Orchestra. ‘Woman’s Got Soul’, ‘Hallelujah I Love Her So’ and ‘Get Out My Life Woman’ and more also tackled the same way.

7.  Downliners Sect – ‘Glendora’ (1966)
The Sect brutalise poor old Perry Como behind the lingerie department. That said, I do love Como’s original and it’s even more bizarre hearing him sing about falling in love with a shop mannequin. Check out also the Billy Young version which came between these two.

8.  Eddie Jefferson – ‘Filthy McNasty’ (1968)
It’s been hammered in clubs so much over the years I’d happily never listen to ‘Psychedelic Sally’ again. The rest of Jefferson’s Body and Soul is more than worth investigating as he adds his elasticated vocalese to numbers better known as instrumentals, including ‘So What’ and this Horace Silver classic given a humorous makeover. 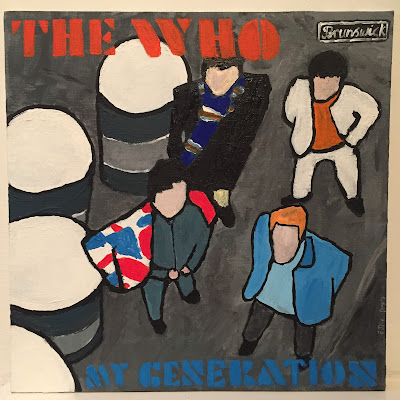 Find out more at The Eddie Argos Resource. or @EddieArgos on Twitter. And if you've not listened to Art Brut start with their debut Bang Bang Rock & Roll and work through.
Posted by Monkey at 18:25 3 comments: 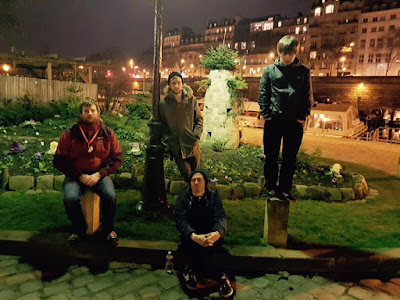 This week was shaping up nicely for Cumbrian psychedelic pioneers The Lucid Dream. On Wednesday, they played to a full and appreciative London audience at the Victoria in Dalston before heading to Paris the following night. After the Paris gig (pre-match photo above), the next morning the band posted an emotional message on their social media accounts.

"Our van was broken into in Paris through the night. Every last piece of equipment has been stolen. We are sorry for those travelling from Britain for the shows but we have nothing. We are in bits and may be the last you see of us. We've lost equipment we've had since 14 years old. For us it is irreplaceable. We are fucking devastated. Anybody that knows us knows we are a hard-working, grounded band, who self-finance everything.”

Since 2012 I've regularly championed the band here, interviewing them in October, and they’ve always struck me as a straight-ahead bunch so, like many others, was absolutely gutted for them. Some bright spark quickly set up a Crowdfunder page to help them get back on the feet and keep making music. “As everyone knows music is what we live for and it breaks our hearts to think of letting the band suffer because of the act of some ignorant thieves.”

If you wish to donate anything at all I’m sure the band will be extremely grateful. Compulsion Songs was one the albums of 2016 and the Lucid Dream’s gigs go from strength to strength. They can’t stop now. Good luck.

The Lucid Dream: Crowdfunder account
Posted by Monkey at 18:41 No comments: