ACTUALISATION by THE LUCID DREAM (2018) 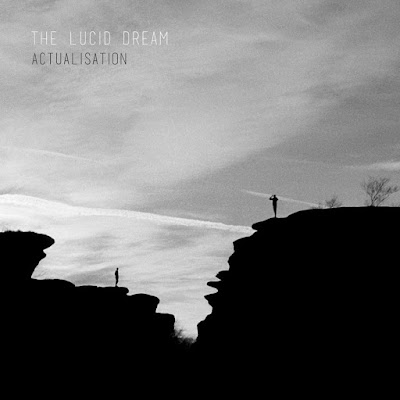 Psychedelic, spacerock, Krautrock, dub, drone, shoegaze, blah, blah, blah. Never a band to worry about categorisation, The Lucid Dream sent the proverbially cat scurrying into a pack of startled pigeons in April when they unleashed ‘SX1000’ onto the public who, judging from pockets of indignation, hadn’t all been paying enough attention.

Traces of ‘SX1000’s squelching acid house sound could be found in the DNA of the band’s previous work but now it was out in the open, in all its beating Day-Glo glory, a 12-inch siren in homage to a distance summer of love.

If ‘SX1000’, and the revelation their next album was written without guitars and using only the classic Roland 303/808 synths, gave the impression Actualisation would be a full-on warehouse party banger, the resulting record doesn’t fulfil that promise/threat (delete as appropriate).

The clue comes before listening. There’s no big yellow smiley adorning the artwork, but a continuation of all their previous three albums. Two silhouetted figures stand on opposite precipices: dark, grey, desolate, eerie, take your pick, but it’s an environment where the division of joy is thinly cut.

The Lucid Dream are capable of, and on occasion do, twist one’s melons, but Actualisation doesn’t grab the listener in a pharmaceutically charged embrace in the spirit of openness and one-love but largely smashes their skull against the nearest wall in desperate urge to free itself from the suffering claustrophobic air of anxiety and frustration. The world is fucked, sunshine. Forget ecstasy, these are the days of spice and monkey dust.

‘Zenith (Part 1 and 2)’ hits a dark funk groove and, even in the face of adversity, offers a broadly positive spin before ‘SX1000’ works its magic and temporarily banishes the gloom for six and a half minutes. Although, to be honest, heard in the context of the album rather than a stand alone track it now feels less joyful than it did in the spring.

The guitars, and there are some, on ‘Breakdown’ echo John McGeoch’s playing on Siouxsie and the Banshees’ similarly terrifying (and equally brilliant) JuJu album.

After a spiralling psychedelic intro, ‘Ardency’ throbs into hypnotising action, the bass acting as rungs on the ladder, steps on a magical beanstalk, reaching higher and higher. “Sweet, sweet love” is the refrain, “love is all you need” the cry. Someone did pack a pocketful of doves after all. Love ya mate. That euphoria is short lived as reality bites again and “No Sunlight Dub” takes us home and it’s no gentle Sunday afternoon on the sofa comedown. “I can see no sunlight” repeats a petrified Emmerson, “loneliness is such a sad thing, where will the love go?”

Where indeed? And where will The Lucid Dream go next? Constantly stretching, forever pushing themselves, there’s no telling. Actualisation isn’t for the faint hearted but it’s real and the fearless Lucid Dream stand up to and capture the mood of now like few others dare. An important and vital band of our time.

Actualisation by The Lucid Dream is released by Holy Are You on Friday.
Posted by Monkey at 19:46 No comments: 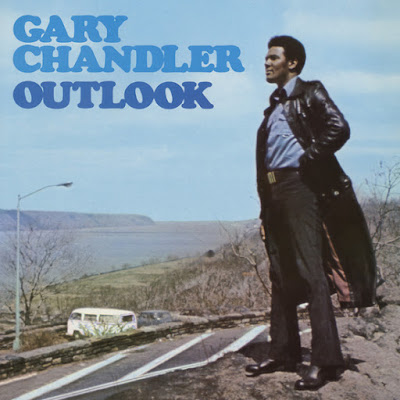 Outlook by Gary Chandler is released tomorrow (12 Oct) as a limited edition LP on Tidal Waves/Light In The Attic. A version of this review first appeared in Shindig! magazine.
Posted by Monkey at 15:36 No comments: