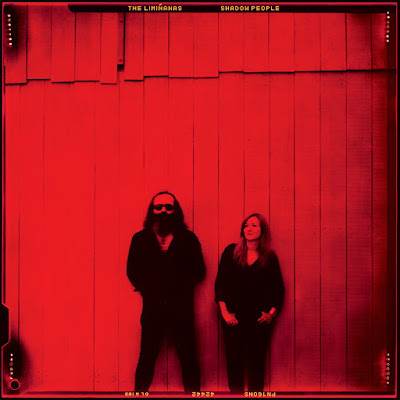 1.  Jimmy Nolen – ‘Strollin’ With Nolen’ (1956)
James Brown later had the savvy to employ Jimmy Nolen between 1965-1970 and it’s impossible to imagine that purple patch of JB’s output without Nolen’s chickenscratch guitar style. Back in ’56 he was already cutting loose.

3.  J.R. Bailey – ‘Love Won’t Wear Off (As The Years Wear On)’(1968)
The title sounds like the reverse of something George Jones might have written but this is classy soul from the Cadillacs singer cut under his own name for Calla Records.

6.  Luke Haines – ‘The Incredible String Band’ (2016)
With a gentle strum, a children’s xylophone and a kazoo solo, Haines tells the tale of the Scottish psychedelic folksters who “were an unholy act, they sang like a couple of weasels, trapped in a sack.” This perversity, and songs about caterpillars, hedgehogs, death and a dude with no head obviously appeals to an outsider such as Haines. Now featured on the four-disc set, Luke Haines Is Alive and Well and Living in Buenos Aires.

7.  The Senior Service – ‘Slingshot’ (2018)
Anyone who’s followed Graham Day over the years will be aware of his penchant for groovy soundtracks to mind-movies so ‘Slingshot’ sounds how one would expect - the Shadows and Link Wray dressed as silver clad cowboys duelling in a dusty barroom situated in outer space while a Hammond organ catches fire in the corner.

8.  Daniel Romano – ‘Anyone’s Arms’ (2018)
While most spent January easing themselves into a new year Romano released two new albums under his own name and made available another recorded under his punky Ancient Shapes title. Nerveless (electric) and Human Touch (acoustic) have already been deleted – snooze and ya lose with Romano  – so many will have missed out on beauties like this catchy country-tinged pop rocker, which in a fair world would blare from every radio in the land.

9.  The Liminanas – ‘The Gift’ (2018)
The Liminanas’ blend of rattle and reverb rocked Rough Trade East this week during an in-store gig promoting Shadow People. For the second album in succession they include a track featuring the unmistakable contribution from Peter Hook and it’s a glorious one; all low-slung, sexy pop.

10.  Tara Milton – ‘Assassins’ (2018)
Former Five Thirty (okay, and Nubiles) man returns, at long last, with Serpentine Waltz, guiding the listener to the shadowy corners of the night. If I remember my William Burroughs correctly, ‘Assassins’ is a nod to Hassan-i-Sabbah who, in the 11th century, controlled an army of killers with drug addiction. The shuffling rhythm and spiralling trumpets one of many highlights on an impressive debut solo record.
Posted by Monkey at 11:26 No comments: 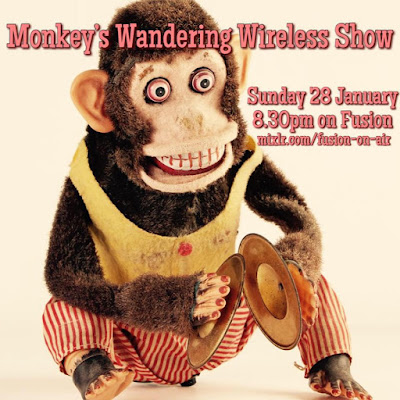 People get ready, the Fusion train is a-coming, picking up passengers coast to coast. This Sunday it pulls into Monkeyville for the latest Wandering Wireless Show. You don’t need no ticket, just an internet connection. Departure 2030, calling at over 20 stops of musical humming, before reaching its destination at 2130. Plenty of room for hopeless sinners, get on board.

Catch the link: mixlr.com/fusion-on-air/
Posted by Monkey at 11:19 No comments:

Harvey Gould was born in 1928 and moved to Soho aged nine. In this wonderful short film (23 minutes), by Hazuan Hashim and Phil Maxwell, Harvey takes us on a tour of the area, sharing stories of the people and places he knew growing up during the war, and later working on Berwick Street market and running a café. If you know the area, you won’t know it like Harvey; and if you don’t, just enjoy Harvey’s charming and fascinating narrative. 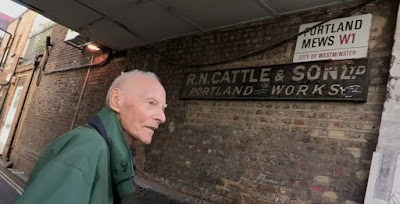 If, like me, you still get a frisson of excitement seeing the new year on a single for the first time, then the Senior Service’s groovelaiden new 45 should fulfil that for 2018.

Available to pre-order now, and out on Damaged Goods Records on 26 January, ‘Slingshot’ is backed with a version of the old Prisoners number ‘Hide and Seek’. New album, King Cobra, is released in the spring. 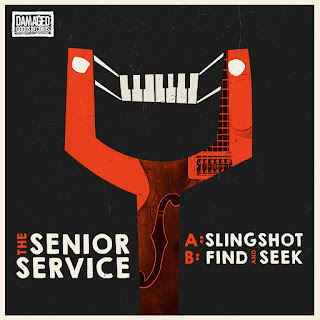