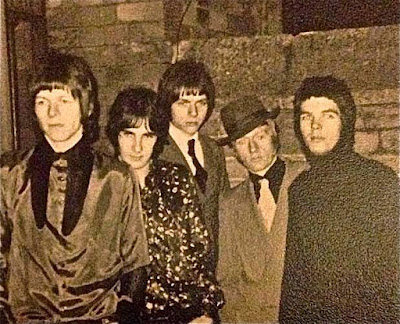 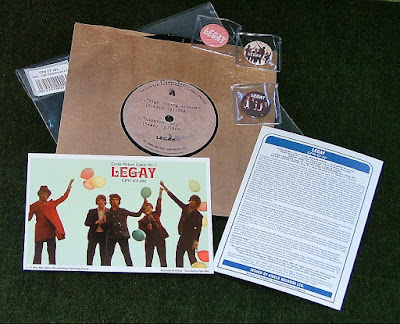 1.  Blind Willie Johnson – “The Soul Of A Man” (1930)
Willie’s mother died whilst he was a baby and his stepmother blinded him by throwing lye in his eyes after catching his father messing with another woman. Not a great start to life and his last days saw Willie’s house burn down, he and his wife living in the ashes, him getting wet, catching pneumonia, the hospital refusing to take him due to his blindness, and so he died. Still, looking on the bright side, he recorded some brilliant music in between.

2.  Little Robbie – “I’ve Got Troubles Of My Own” (1964)
I’ve had this slow burning 45 for years but still can’t find out anything about Little Robbie, yet this is ideally suited to the R&B dancefloor of today with its pace sympathetic to the needs of the more mature dancer.

5.  The Syndicate – “The Egyptian Thing” (1965)
Shooting straight outta Los Angeles we have this gravel throated, blues wailin’, sonic powered, garage punk rocket. You get the picture. No idea where the Egyptian angle comes in. Dot Records were suitably impressed and began to record an album on the boys but it never surfaced and they spilt the following year. Shame.

6.  Edwin Starr – “Has It Happened To You Yet?” (1967)
Same backing track as his Ric-Tic label mate JJ Barnes’s northern soul classic “Sweet Sherry” (who co-wrote the song with producer Don Davis), this lay gathering dust in the vaults for 30 years. With quality like this it was little wonder Berry Gordy gobbled up Ric-Tic for his own empire.

7.  The Royal Flairs – “Suicide” (1966)
Primitive garage 45 with lead singer Bob Everhart offering to follow the unexpected suicide of his loved one (although in the true tradition of garage-punk they’d both done each other wrong). The guitar and harp are fantastic. Everhart nearly did achieve an early death when he was shot in a nightclub protecting a 350-pound go-go dancer, Miss Temptation, from the advances of a crazy customer, the bullet grazing his skull and taking a bit with it. Poor Bob came to at the hospital, turned to his side, saw a fella with his throat cut and promptly passed out again. The surf-instrumental flip of this 45 for Marina Records from Chicago was, appropriately enough, “One Pine Box”.

8.  Reuben Wilson – “Superfly” (1974)
The near-obligatory Curtis Mayfield cover in the monthly playlist goes this time to Reuben Wilson for his super funky Hammond version from the LP The Cisco Kid, released on the aptly named Groove Merchant Records. Wilson is puffing on a big cigar and looking dead pleased with himself on the sleeve, as well he might.

9.  Paul Weller – “Saturns Pattern” (2015)
On his previous album Lord Welly of Woking spelt Sonic with a “k”, and now banishes the annoying apostrophe to his bin of unwanted clutter just because he doesn’t like the look of it. This is a man who plays by his own rulez. Saturns Pattern follows the shape of Weller’s more recent output: sounds which jump and twist into unexpected areas rather than follow a simple straight forward song for geezers travelling on buses to whistle. It’s an approach I salute and one Weller wears well. 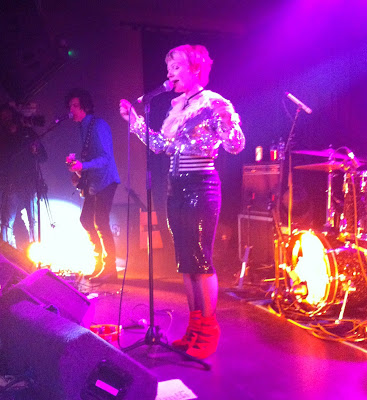 
Throughout the gig, the audience jostle amongst a television crew from Brazil. It might not be Top Of The Pops any more, and you’re more likely to read about them on a blog than the published music press, but The Primitives still look and sound to me like credible pop stars, and cultish underground ones at that. And those are always the best.
Posted by Monkey at 10:41 No comments:

Here’s Jimmy Smith (growls and Hammond grooves), Nathen Page (guitar) and Charlie Crosby (drums) on Danish television playing “I Got My Mojo Working”. Dig it.
Posted by Monkey at 09:21 No comments: 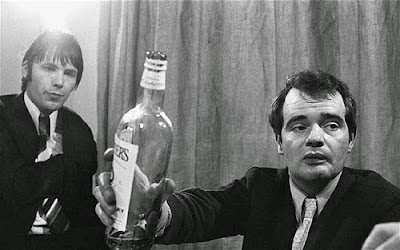 The Who’s early managers, who guided them from cult Mod status to all-conquering rock superstars, were an unlikely pairing. Yet Kit Lambert, upper class son of classical composer and conductor Constant Lambert, and Chris Stamp, working class son of a stoker on the boats from Plaistow, made a complimentary and formidable team.

Working in the lower reaches of the film industry they shared a passion to make their own movie and settled upon finding a new pop group to centre their idea. When Lambert passed a row of scooters outside the Railway Tavern, popped his head in and witnessed both the High Numbers and their audience, he’d found what they were after. As Chris Stamp explains in James D. Cooper’s directorial debut documentary, Lambert and Stamp, they didn’t know what they wanted, more what they didn’t want, and misfits Townshend, Daltrey, Moon and Entwistle defied the accepted conventions of the time in their look, sound and attitude. It began as a perfect marriage.

They made a terrific partnership with the band, now reverting back to their previous Who moniker, willing to join in with any excitable plan their new backers concocted, even if their original film idea gently faded into the background as they became managers instead. Kit Lambert's encouraging and influencing helped bolster Pete Townshend's creative song writing in a way his bandmates couldn't and was fundamental to The Who's development. The story is told through interviews with Pete Townshend, Roger Daltrey, Richard Barnes, Heather Daltrey, Terence Stamp, Robert Fearnley-Whittingstall, Irish Jack etc, archive footage and, best of all, Chris Stamp, whose good looks, enthusiasm, cocky charm and charisma shine through; he could've sold anything to anyone.

What also is evident is how exciting and fearless they all were in the 60s. If they had an idea they’d go for it. Fancy making a film; managing a pop group; signing Jimi Hendrix to a record label they’d only just thought of; making a rock opera? Yeah, come on, let’s go. Money was no object, insofar as they didn’t have any and racked up huge debts with little regard to any future consequences. Everything was lived for in the moment. The turning point came five years into their relationship and the enormous success of Tommy and then finally having more money than even they could spend.

Things fell apart in the 70s and relationships broke down, exacerbated by Kit’s drinking and drug habit; the appearance of Bill Curbishley managing affairs in a more money oriented manner; and the band giving Tommy to Ken Russell rather than allowing Lambert and Stamp to finally make the film they’d always dreamed of. Keith Moon in this period comes out with a lot of credit as he refused to sign any papers to terminate the band’s relationship with Kit and Chris, mindful of what they'd achieved together. Days after Keith died the job was done with brutal efficiency.

One quibble in the film is the failure to mention Peter Meaden and his influence shaping the Who. When Lambert clapped eyes on them, peering through the darkness of a Harrow and Wealdstone pub packed with Mods on a Tuesday evenning, it was in part due to Meaden creating the band in his own image and deserves acknowledgement for gifting the raw product to Lambert and Stamp who nurtured it into something far wider reaching. Also, the circumstances of Lambert's death in 1981 are brushed over. Chris Stamp died from cancer in 2012. Those things aside, it’s a wonderful film for fans of The Who, the 60s, and dreamers and schemers everywhere.