1.  Sonny Rollins – ‘Saint Thomas’ (1956)
The opening track from Saxophone Colossus and from Rollins’ first notes instantly recognisable to me from Monkey Snr playing it countless times as I was growing up. Each play would have been swiftly followed by the shout of “Headphones!” from Ma Monkey so it’s only now I’ve heard the whole track.

2.  Sun Ra and his Myth Science Arkestra – ‘Angels and Demons at Play’ (1960)
Sun Ra reckoned his music could transform the world by the joy it would bring. Last week at the Jazz Café in Camden his Arkestra, now led by 93 year young “originator of avant-garde saxophone” Marshall Allen, which for at least the duration of their performance, banished the blues of the city and put beaming smiles on the faces of all those in attendance. It was a sight and sound to behold and, as impenetrable and intimidating the universe of Ra can seem, was far more inviting and accommodating in a live setting than the mountain of recordings and intergalactic gobbledegook may lead you to believe.

3.  Lula Reed – ‘What Makes You So Cold’ (1961)
Cracking R&B shuffler and just dig that twang. Honourable mention to the other side of this Federal 45 which wins Song Title of The Month: ‘Ain’t No Cotton Pickin’ Chicken (Gonna Break This Chicken Heart of Mine)’.

4.  Don Charles – ‘The Hermit of Misty Mountain’ (1962)
It’s songs like this – with Joe Meek’s superb production – that make me miss Brian Matthew and Sounds of the 60s on a Saturday morning.

5.  Madeline Bell – ‘Don’t Cross Over (To My Side Of The Street)’ (1964)
Ms Bell makes an appearance on the new Paul Weller album but from the other end of her career is this fabulous clippity-cloppity soulful pop from the flip of her debut 45.

6.  Tony Hestor – ‘Just Can’t Leave You’ (1966)
Detroit soul of the highest order by a man who managed to turn down the allure of Motown, not wishing to be tied down to a long contract. Released on the Karate label and includes the label credit ‘Features Mike Terry and his Adored Baritone Sax’. There’s nothing here to not adore.

8.  The Dramatics – ‘The Devil Is Dope’ (1971)
More from the pen of Tony Hestor who knew at first-hand the dangers of the pusherman writing this and ‘Beware Of The Man (With The Candy In His Hand) for the Dramatics. Hestor was tragically robbed and slain on the streets of Detroit, aged 34.

9.  Thousand Yard Stare – ‘0-0 After Extra Time’ (1991)
Thousand Yard Stare seemed like such nice unassuming lads back in the day when they were the perennial local support act for bigger names passing through The Old Trout in Windsor in the early 90s. After seeing them at the 100 Club this month I can’t even dare to imagine what horrors have fallen upon them in the intervening years such was the air of dark unpleasantness they now emanate. Still, I did enjoy hearing this again.

10.  Cabbage - 'A Celebration of a Disease' (2017)
With the political bite of Dead Kennedys and the groove of Happy Mondays, Cabbage are the best band around at the moment. 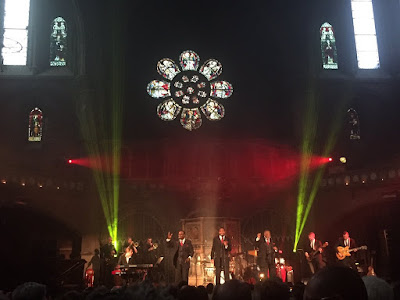 Thanks to Glen Manners @Mamaroux78 for the photo.
Posted by Monkey at 11:28 2 comments: 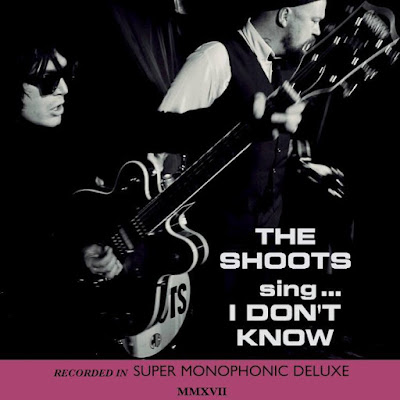 Available only as a 7-inch single, with painstakingly period detail, on Heavy Soul Records. Limited to 300 copies, get ‘em while they’re hot. Out today.
Posted by Monkey at 16:43 No comments: 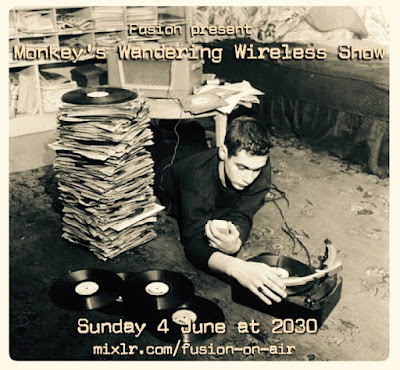 After a few months of gremlins, Fusion are back on-line with their weekly Sunday night hour slot of fantastic music selected and increasingly presented by their listeners.

After Mick's flagship Kitchen Boogie show last week, Monkey's Wandering Wireless Show is back this Sunday. If you've listened before you'll know the format by now: loads of brilliant records from across the decades (admittedly heavy on the 60s) interrupted occasionally by me trying to speak in complete sentences with varying degrees of success. It'll be fun, trust me.

To tune in just hit this link - mixlr.com/fusion-on-air - in time for your wireless (okay, laptop/tablet/phone) to burst into sound at 8.30pm on the dot.

If you want to join in the chit-chat as the show goes on you'll made to feel more than welcome by the lovely folk in the Mixlr chatroom but if you just wanna sit back and relax that's equally cool. Enjoy.

UPDATE: Catch-up link: http://mixlr.com/fusion-on-air/showreel/monkeys-wandering-wireless-show-11/
Posted by Monkey at 16:18 No comments: 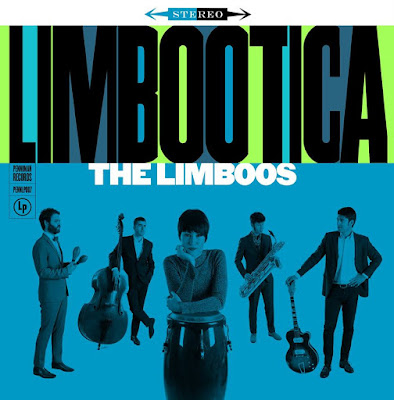 10.  BMX Bandits – ‘Saveoursmiles’ (2017)
Even though heartbreak and sadness permeate BMX Bandits’ world it always strikes me as a gentler and kinder place to live than this other world. From the wonderful BMX Bandits Forever.
Posted by Monkey at 10:23 No comments: