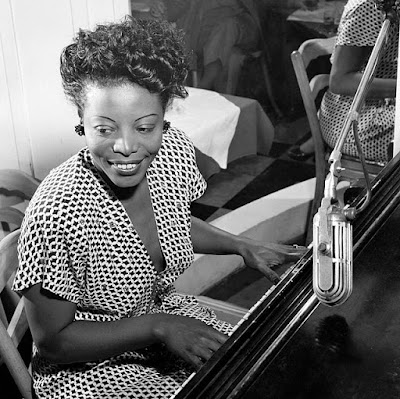 10.  Kamasi Washington – ‘Fists of Fury’ (2018)
After witnessing the current poster boy of jazz in a small arts centre last year I wondered how he’d make the transition to a larger “rock venue” such as the Camden Roundhouse. I needn’t have worried, Kamasi and his band – with a new set – were even more spectacular. For the Jackie Chan inspired ‘Fists of Fury’, Kamasi welcomed London saxophonist, Shabaka Hutchings, to the stage. A nice touch and an awe inspiring gig.
Posted by Monkey at 19:19 2 comments: 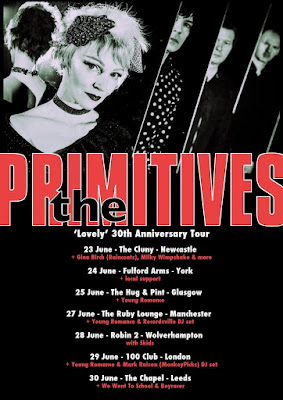 The Primitives hit the road in June, celebrating the 30th anniversary of Lovely, the album which featured the ‘Crash’ and transformed them from cult Coventry indie combo to shiny nationwide pop stars; not that they were entirely comfortable in their new-found celebrity status as appearances on Saturday morning telly proved.

Dripping with sniffy contempt at being asked inane questions by Micheala Strachan at some ungodly hour, a marvellously mardy Tracy Tracy told millions of kids her favourite food was hamsters, and, on another occasion, they signed out of a show with an impromptu live version of the Stooges’ ‘I Wanna Be Your Dog’. Seems kinda incredible now, in this age of tedious cookery shows showing you fifteen things to do with asparagus, that folk could get away with such glorious freewheelin’ on live mainstream telly.

As for Lovely, it was in no way over shadowed by ‘Crash’ (I tend to miss it out when listening nowadays), instead it’s packed with beauties. From clatter and fuzz to jingle and jangle to fizz and buzz to dreamy flower power, it’s all there. It sounded great 30 years ago, sounds great today and will sound great in 30 years’ time.

If all that wasn’t enough, The Primitives are currently making some of the best music of their lives. Before you scoff, listen below to 2017’s ‘I’ll Trust The Wind’. 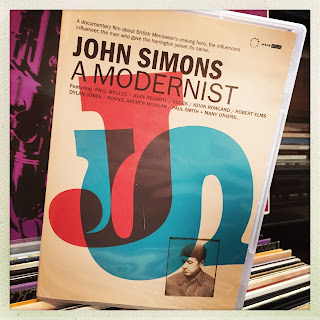 John Simons: A Modernist, a Mono Media Films/Garmsville production, is out now and available from John Simons online.
Posted by Monkey at 09:36 No comments: