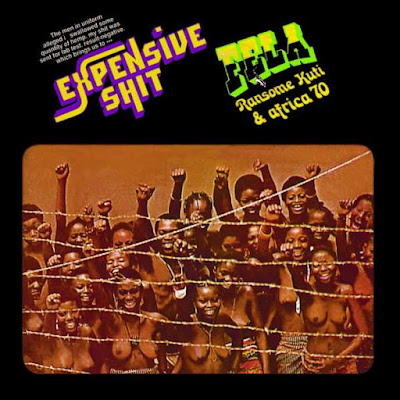 10.  Kamasi Washington – ‘Truth’ (2017)
At well over 13 minutes the new Washington single isn’t going to be available on 7 inch any time soon. Despite the title this is no angry sermon but a breezy then soaring, heavenly journey from the acclaimed saxophonist.
Posted by Monkey at 16:51 1 comment:

It’s difficult to keep up with Daniel Romano. Every few months he’s shifted style and image.

Romano’s latest album (following two last year alone), Modern Pressure, is released on 19 May and promises to be a long way from his country phase. New wave new single ‘When I Learned Your Name’ channels late 70s Costello/Lowe mixed with a Shot of Love Dylan. Like almost everything Romano touches, it’s fantastic.

Previous single ‘Roya’ is slower burner but even better and the live track, the unreleased ‘You’d Think, I’d Think, I Had Enough But Something Keeps Me Coming Back For More’, was probably something Daniel cooked up for breakfast that morning.

These three only touch the surface from a prolific period; check out also the pedal steel treatment given to his punk phase 'I Wanna Put My Tears Back In' and the super stylish video for 'I Had To Hide Your Poem (In A Song)' filmed on the Queen Mary II.
Posted by Monkey at 11:12 No comments:

One of the rewarding things about having a mooch around Tate Britain – apart from having a gander at the various pieces by Bacon, Blake, Tilson, Riley and the rest - is it throws up unexpected temporary mini-exhibitions tucked away within the more permanent works.

A case in point is the current BP Spotlight sponsored Stan Firm inna Inglan: Black Diaspora in London, 1960-1970s, its title taken from the poem ‘'It Dread inna Inglan' by Linton Kwesi Johnson, which selects work by eight photographers who documented black communities in London during those years.

Neil Kenlock, along with Linton Kwesi Johnson and Darcus Howe, who died this month, was a member of the British Black Panthers, loosely modelled on their more illustrious American counterparts. These London Panthers existed between 1968 and 1972 and Kenlock adopted the role of official photographer, documenting their meetings, marches and members as well as the hostility faced by new immigrants in the UK as exemplified in his ‘Keep Britain White’ Graffiti, Balham image.

When Saffiyah Khan calmly smiled in the ugly faces of the EDL last Saturday while wearing a Specials t-shirt, an image since 'gone viral', it recalled the Rock Against Racism campaign of the late 70s. Syd Shelton documented that fight against the National Front via demonstrations, carnivals and gigs and, by chance, a fertile period in youth movements with rude boys, skinheads, punks and mods embroiled in Britain’s political turmoil.

Colin Jones is best known around these parts for his 60s photos of The Who but his series The Black House, commissioned by The Sunday Times, features the conditions of Islington Council’s project Harambee, a halfway house for vulnerable young people. Despite daubing ‘Black Power’ on the outside of the property these people, according to Jones, “weren’t interested in politics – it was the black middle class who tried to get them involved in black power – they were too busy trying to survive from day to day.” Even with that struggle it’s impossible to miss how visually striking they were, as Jones told Time Out in 2007, “Style came naturally to them. They would look good in anything. The women loved clothes and all borrowed each other’s dresses, although they were too proud to accept hand-me-downs – especially from white people. They liked being photographed as it gave them a feeling of importance and broke up the monotony of the day.” 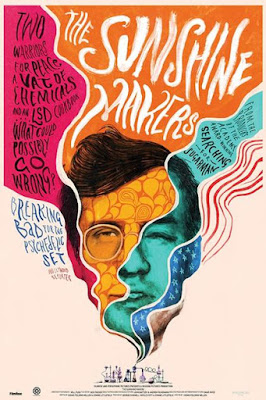 The Sunshine Makers is available on Netflix.
Posted by Monkey at 20:36 No comments: