THE SOUL CELLAR OPENS ITS DOORS AGAIN: A TRIBUTE TO PETER YOUNG 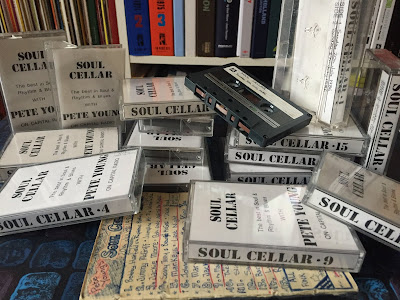 It’s 1986. I’d left school at sixteen the previous year, was still living at home, and after a few months stocking freezers and pushing supermarket trollies to customer’s cars (they couldn’t be trusted to return them), was now spending my days cutting and pasting reports in a nondescript office block (physically cutting and pasting, armed with scissors and Pritt-Stick and a photocopy machine). I was a mod of a few years standing and little else mattered beyond music and clothes. The mod scene, the one dominated by kids who’d only caught the tail end of The Jam, had peaked during ’85 and was disintegrating by the week as the more popular bands folded and people gradually drifted from the centre.

Soul music was still, increasingly, the thing. That and rhythm and blues. Jazz was its exotic, mysterious cousin. The talismanic sounds of black America were fuelling the imagination and passions of white British suburbia. Sunday nights, while my dad was at work and my mum piled through the ironing (“Mum, remember to do the top button up on my shirts when you hang them”) I’d lie on the living room floor with the radio/cassette player tuned to Capitol Radio, my finger hovering over the play and record buttons for 9 o’clock and the start of the Soul Cellar, presented by Peter Young.

It’s difficult to explain quite how influential these shows were, not only to me but for thousands of likeminded brothers and sisters. When Peter died in November 2018, it was heartening to see people my age posting their memories of the shows and saying how they too would record them. I taped thirty shows in total, which I’ve now begun to share on Mixcloud.

Each week I’d have my trusty notebook in front of me. On the right-hand page, I’d write down the tracks. To economise on tapes, I’d edit out a few overly familiar songs or very rarely a track I didn’t like, to fit a show on one side of a C-90. After a few months, the pub called more loudly on a Sunday night and my mum would kindly hit record. I’d then collect the songs. Once purchased, either on single or on compilations (CDs didn’t count as owning it, having it on a cheapie MFP album from Woolworth’s did) I’d underline it in red pen. On the left-hand page, I’d doodle: drawing scooters, dancers, Right On fist salutes and get excited about the next 100 Club allnighter or Curtis Mayfield or Style Council gig.

The shows were a massive education. "PY, the Pork Pie" a wonderful teacher: warm, knowledgeable and so obviously enthralled by the music. The thumping sixties club-soul sounds were the Soul Cellar’s stock in trade but they featured much more. The first show I recorded, on Sunday 20 July 1986, perfectly demonstrates their breadth and how they broadened the horizons of purist young mods to whom December 1966 was previously the cut-off acceptance point.

There are some big Motown hits, a dedication to mods going down to Brighton for the weekend, but also Jimmy McGriff attacking ‘Jumpin' At The Woodside’ in a way Count Basie could never have envisaged and tapped into how jazz would be the next touchstone with all those Jazz Juice, Jazz Club and Blue Note compilations jostling for attention next to the trusty Kent soul LPs; the low-down blues brilliance of Sonny Terry and Brownie McGee’s ‘Uncle Bud’; rare groove and anything James Brown related was becoming huge and Lynn Collins’ ‘Think’ soon sampled to an inch of its life; and finally, Jackie Moore’s ‘Both Ends Against The Middle’ and Barbara Acklin’s ‘I’ll Bake Me A Man’, from 1974 and 1973 respectively, smashed open the doors to a new unexplored decade.

Whether you listened to the Soul Cellar originally, and fancy revisiting them over 30 years later, or are coming to them for the first time, even allowing for the now familiarity of some tracks, they still sound fresh and exciting. Thank you, Peter Young, for the best radio I've ever had the pleasure to hear.

Follow on Mixcloud or Twitter for updates when new shows added (plenty more to come plus other radio shows of interest...) 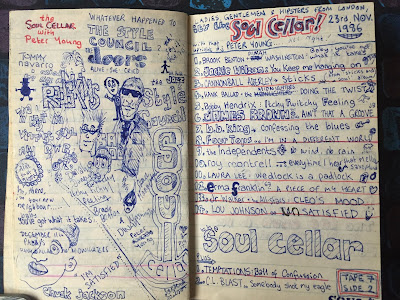 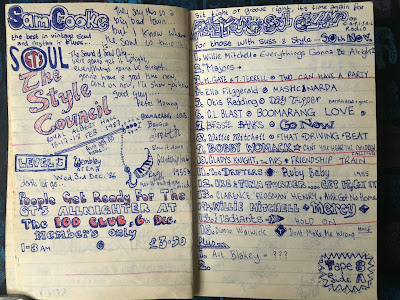 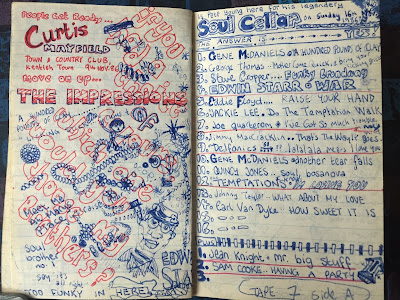