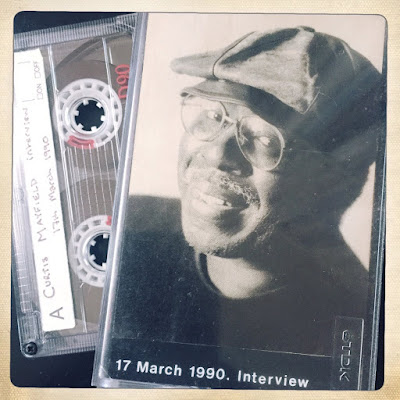 On Saturday 17 March 1990, ahead of his gig at the Town and Country Club, in what would be his final London appearance, Curtis Mayfield stopped by the studios of Jazz FM for an interview with the Manfreds’ Paul Jones.

For an hour they chatted about Curtis’s career from the early days in Chicago to the present day and featured a selection of tracks including a James Brown cover Curtis hadn’t heard before. I stuck a tape in the machine and pressed record. The result, now rescued, is well worth your time. 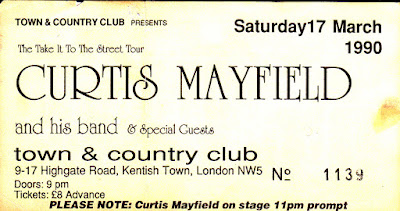 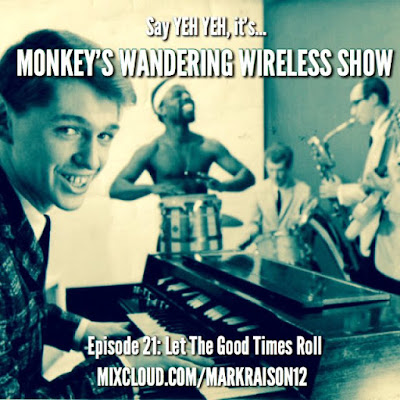 The latest edition on Monkey’s Wandering Wireless Show is up and ready for your ears. If you’ve listened before you’ll know the format: an hour of brilliant music cutting across the decades and styles with the occasional comment by yours truly. Give it a go…