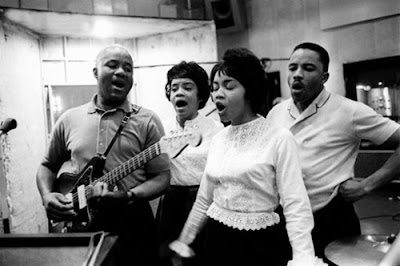 1.  The Staple Singers – “It Rained Children” (1953)
I’m guessing Pops took a stylistic approach when omitting the comma between rained and children; and that’s fine by me as offspring Mavis, Pervis and Cleotha join their father on one of the family’s very first recordings with Evelyn Gay accompanying on piano. Mavis, incredibly when you hear her sing, had only recently turned 14 years old.

2.  Ricky Nelson – “Lonesome Town” (1958)
This caught my ear in the pub recently and having never really paid Nelson much attention I looked him up. Quite a colourful life, with this line in his Wikipedia entry capturing some of the flavour:  “In 1980, Nelson met Helen Blair, a part-time model and exotic animal trainer, in Las Vegas.”  Who wouldn’t want their Wiki page to include stuff like that?

3.  Horace Silver Quintet – “Filthy McNasty” (1961)
Opening track from the killer Blue Note LP Doin’ The Thing, live at the Village Gate, New York City, in which Silver introduces the evening by suggesting the audience might wish to clap their hands, nod their heads and tap their feet. Try not doing those things.

6.  Spooner Oldham – “Julie Brown’s Forest” (1972)
“Don’t go walking in Julie Brown’s forest,” warns Spooner. Dunno who Julie was but it sounds like good advice. From the rather cool Pot Luck LP, recently reissued by Light In The Attic.

7.  Kris Kristofferson – “Sunday Mornin’ Comin’ Down” (1970)
Any song that begins with “Well, I woke up Sunday morning/ With no way to hold my head that didn’t hurt/ And the beer I had for breakfast wasn’t bad/ So I had one more for dessert” is okay with me.

8.  Ride – “Grasshopper” (1992)
Kinda surprised how much I like this. In truth it’s little more than a lengthy instrumental jam to pad out the extra tracks on a 12 inch (remember those?) – in this case Ride’s “Leave Them All Behind” single.  That said I’ve played it about half a dozen times over the last couple of days which is five more than I did in 1992.

9.  Mr Ray’s Wig World – “Faster Kittykat Play Play” (1992)
Can’t remember much about this band other than they were from Liverpool and, I think, named after a shop there. Huge wash of distortion and wah-wah, as was the way in the early 90s (see Ride above), on the lead track of an EP which was possibly their only release. The other tracks indicate much madcap potential, sadly unrealised.

10.  The Holmes Brothers – “There’s A Train” (1997)
I only stumbled across the Holmes Brothers recently, just in time to discover two-thirds of this soulful gospel blues trio passed away in 2015. This was the first song I heard. Love it.
Posted by Monkey at 10:25 4 comments: 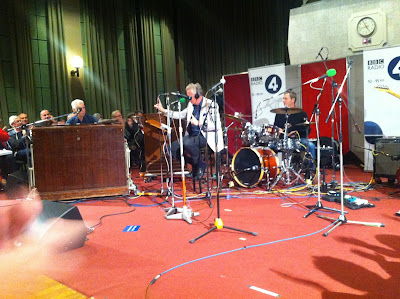 A couple of months ago Monkey Snr and I were fortunate to witness the recording of BBC Radio 4’s Mastertapes programme in which Georgie Fame discussed and played tracks from his classic 1963 Rhythm & Blues at the Flamingo LP.

It was a great afternoon, skilfully hosted by John Wilson, with chat surrounding the album, the Flamingo Club itself, the performance of six songs and the reunion of former Blue Flames Colin Green, Mick Eve and Eddie ‘Tan Tan’ Thornton plus the Flamingo’s John Gunnell reprising his introduction to the band.

The recording is now available on-line in two half hour shows and any disappointment the listener may feel in the editing of the music will surely be offset by scene-stealing contributions from Monkey Snr and I in the second show.

Georgie Fame - The A Side

Georgie Fame - The B Side
Posted by Monkey at 10:41 No comments: 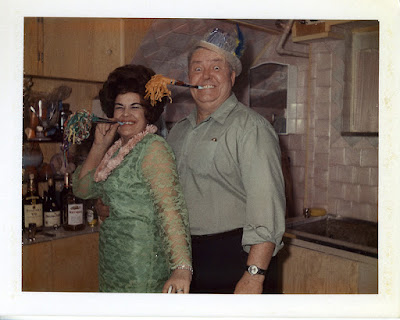 Just a quick note to wish you all a merry Christmas, whatever you're doing. Thanks for popping over and for your comments on here and via social media throughout the year. Hope you've found some bits and pieces to take away. See ya in a few days for more of the same. Cheers people. Take care.
Posted by Monkey at 12:46 2 comments: 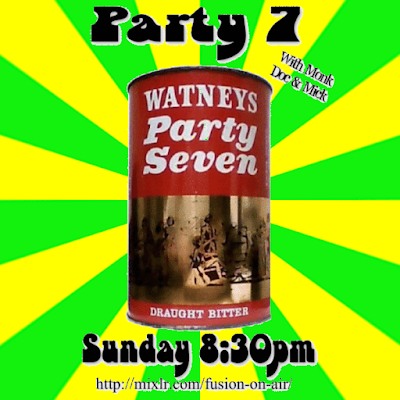 Roll out the barrel, this Sunday three regular Fusion radio shows will attempt to present a joint party: Party 7.

Fusion head honcho, broadcasting legend and kitchen boogie enthusiast Mick Collins will open up his house; Dr Gonzo will come supplied to the back teeth with goodies freely dished out from his magical medicine bag; and I’ll be doing whatever it is I do on the wireless, play records and talk gibberish. There’ll be no deep soul treasures this time, no country weepers, no Mongolian nose flute music, just each of us bringing along seven big old party tunes for a special seasonal knees-up.


Please join us for a hour from 8.30pm at the following link to hear if we manage to pull it off: http://mixlr.com/fusion-on-air/

AVAILABLE TO CATCH-UP NOW: http://mixlr.com/fusion-on-air/showreel/party-7/
Posted by Monkey at 09:12 No comments:

THE FOUR TOPS ON SESAME STREET

If ever any further evidence was needed to the fabulousness of the Four Tops - and there really wasn’t - check these 1980s performances on Sesame Street. Levi, Duke, Obie and Lawrence urging kids to be careful crossing the street and another song about waiting at a bus stop. Only the most lovable group in musical history could make these kids’ songs sound so brilliant. Can’t get them out of my mind now.
Posted by Monkey at 09:55 No comments: 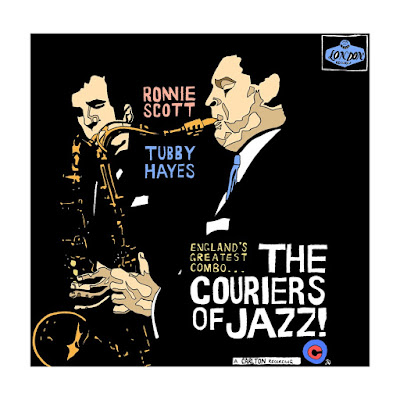 It’s been a remarkable year for the rise in profile of Tubby Hayes. Mark Baxter and Lee Cogswell’s film A Man In A Hurry received rave reviews and saw Tubby featured across a range of media outlets, not all previously known for a predilection in British jazz, and encouraged a whole new army of listeners, many who weren’t born when The Little Giant drew his last breath in 1973, aged 38.

Simon Spillett’s biography The Long Shadow of the Little Giant: The Life, Work and Legacy of Tubby Hayes was published earlier in the year by Equinox and although received far less attention is the ideal next stop for anyone wishing to find out more. It’s a comprehensive account, written with obvious love of the subject but very even handed, offering different viewpoints. In addition to the engrossing central story, the portrayal of Britain and its jazz scene(s) from the late 50s is equally fascinating, as is how it changed with the emergence of the Beatles. It’s an often overlooked period of music in this country. Spillett has an admirably inclusive writing style: making the narrative accessible and informative to the jazz novice whilst, as an award-winning saxophonist, his discussion of the musicianship throughout Hayes’ career provides deeper analysis for the more seasoned jazz buff. It's an excellent book, meticulously researched yet still readable, which works both as a straight biography and for anyone wishing to learn more about jazz in general. It even opened my cloth ears to hearing things differently.

And now, once you’ve watched the film, listened to the albums, read the book, you might fancy hanging some art on your wall. Darren Draws (known on occasion as Darren Riley or Ballad) has produced a couple of interpretations of Hayes album sleeves: The Tubby Hayes Quintet’s 1962 LP Down In The Village, recorded live at Ronnie Scotts, and the 1958 Jazz Couriers’ LP, The Couriers of Jazz. Available as 12" x 12" giclee print on matt-finish smooth rag paper in a limited edition of twenty, each print is signed and numbered. Yours for thirty quid. More info at Stuff Darren Draws.
Posted by Monkey at 18:24 1 comment: