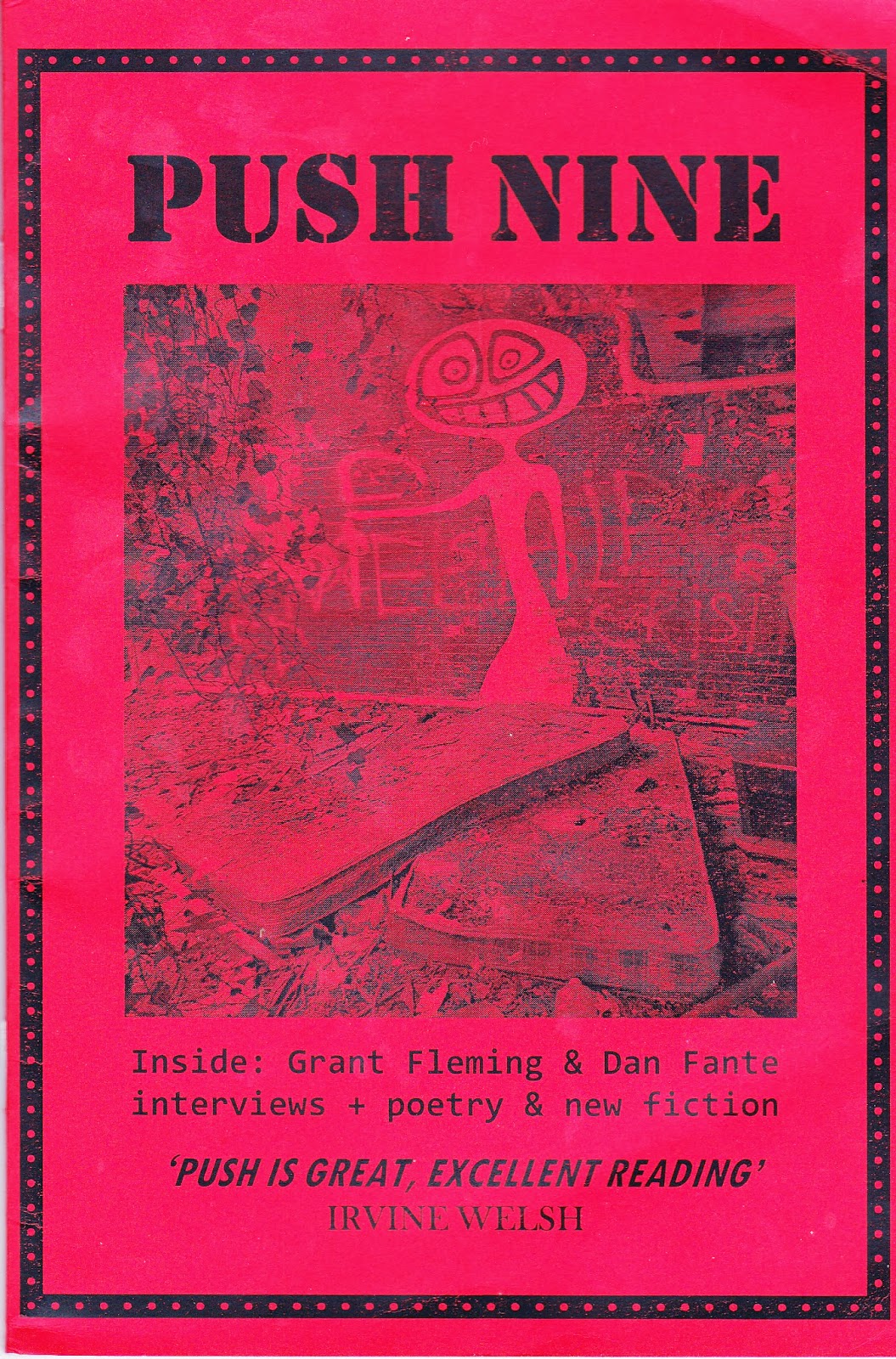 Last March I wrote about the launch of litzine PUSH, edited by West Ham United sufferer Joe England. Since then the issues have appeared quicker than Andy Carroll at the bar and vanished faster than Rio Ferdinand at a drugs test. Produced as strictly limited editions they’ve sold up almost immediately via England hawking them outside the Boleyn and to an eager mob of postal purchasers. There are no back copies to be found of a now collectable series.

Issue nine is out now with an increased print run, so if you look lively there may yet be time to bag a copy. And you should, it’s very good. A stable line-up of regular contributors – including England, Joseph Ridgwell, Michael Keenaghan and Carlton Burns – lay the foundations with a blend of literary tough tackling and deft poetic touches. They’re supplemented this time by a couple of familiar renegades and mavericks: Dan Fante and Adelle Stripe. A natter with Primal Scream biographer, Sham 69 narrator and street-smart factotum, Grant Fleming, provides accompaniment to the half-time pint.