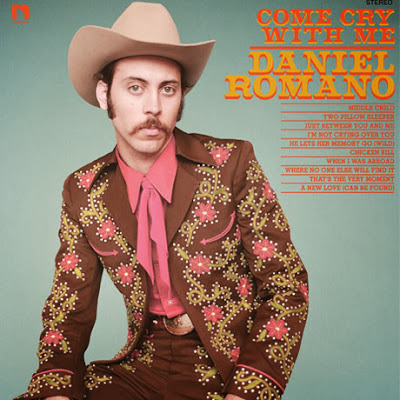 Fear not the Stetson, the dodgy tache, the Nudie-style suit, the fiddles and the pedal steel, Daniel Romano’s Come Cry With Me is my album of 2013.

It’s Romano’s third solo album (previously in Canadian band Attack In Black) and very studiously recreates the warmth of late 60s/early 70s country records. There’s a hint of Gram Parsons here, a dash of George Jones there, a nod to Johnny Cash and so forth.  There are good and bad examples of all musical styles but the country scales tend to weigh heavily in one direction but this is perfect, like an old familiar classic.

A sign of a truly great album is when it’s impossible to pick a favourite track and the ten here - from weeping ballads of abandonment and death to honky-tonking tales of transvestism and chicken killers – are so beautifully written and performed mine changes on each listen.


Here’s a taste of one song, played in a more stripped down style to the album, recorded for Exclaim TV earlier this year.