IAN DURY: MORE THAN FAIR at the ROYAL COLLEGE OF ART, LONDON 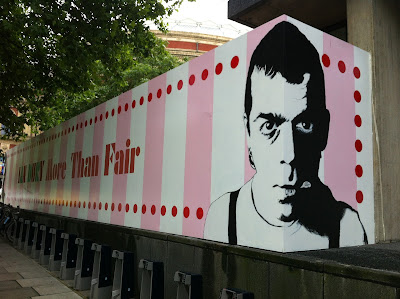 Ian Dury was never granted a solo exhibition of his art in his lifetime but thanks his daughter Jemima, occasional Clash manager Kosmo Vinyl and graphic designer Jules Balme, approximately fifty pieces are currently displayed at the Royal College of Art, the college Ian attended between 1963 and 1966.

Almost everything falls firmly in Pop Art territory and the immediate reaction is to think of Sir Peter Blake. This wasn’t plagiarism as Blake taught and encouraged Ian at Walthamstow School of Art in 1961 and ’62 and then again at the RCA from 1964 for three years before graduating. In the meantime Dury saw his illustrations featured in the Sunday Times Magazine and London Life.

A large proportion of the paintings and drawings feature topless or sanctity clan women with no boots and big panties against bright vibrant backgrounds, some works embellished with sequins. Blake suggests his contribution to Dury’s art was to “legitamize” his interests in pin-up girls, cowboys, pop stars and movie actors and it shows.

It’s all very 60s which suits me fine and reveals a previously under appreciated side of Dury’s life. Regardless of whether you’re a fan of Ian Dury’s music his art stands on its own merit.

Ian Dury: More Than Fair - Paintings, Drawings and Artworks 1961-1972 is at the Royal College of Art, Kensington (next to the Royal Albert Hall) until 1st September 2013, admission free. 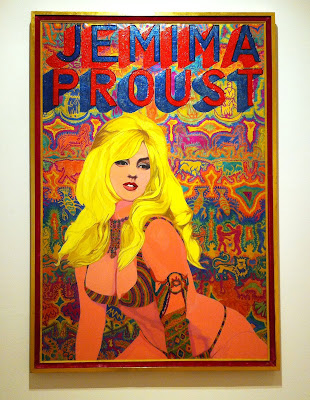 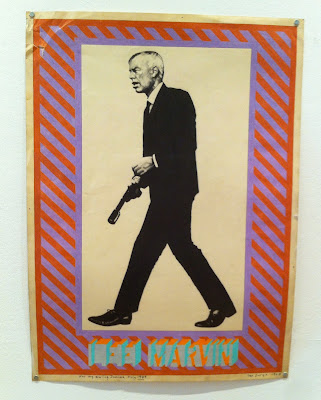 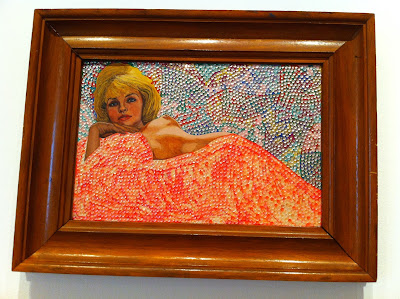 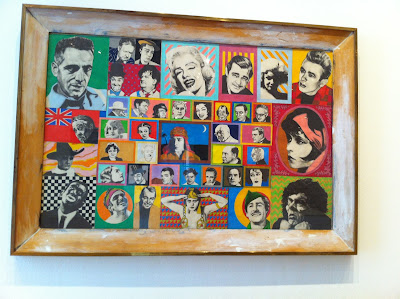