IN HONOUR OF MIKE EVANS of THE ACTION 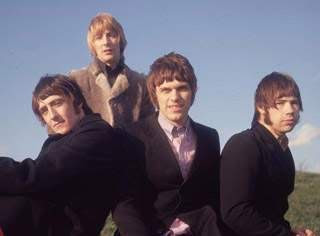 It’s no secret the Action are my favourite band, the one that mean more to me than any other. A giant framed photograph of them hangs over my bed and is my most treasured possession. So it’s with genuine regret to report bass player Michael Evans died last week, aged 64.

There was something magical about discovering the band through the Ultimate Action compilation in the early 80s. Paul Weller wrote the sleevenotes - which was the royal seal of approval for a new mod generation – beyond that, I and other instant devotees knew very little beyond the handful of photographs on the inner sleeve. They looked immaculate and sounded magnificent. American soul covers by British pop groups usually ends in disaster, but with producer George Martin they took the essence of the originals and rearranged them with a crisp freshness their contemporaries couldn’t manage. Just play “I’ll Keep On Holding On”, “In My Lonely Room” or the sublime “Since I Lost My Baby”. For the past twenty-five years I’ve not gone more than a few weeks without listening in awe to their records.

Their relative obscurity back then added to the mysterious air that surrounded them. Stories circulated that singer Reggie King had died falling down some stairs. He hadn’t. As the years went by, their story gradually unfolded. Each new photograph or the uncovering of a mention in a faded copy of Record Mirror would be akin to finding the golden ticket. In time, we’d even get to see a few minutes of film (although their Ready, Steady, Go appearance is seemingly lost forever) and hear some unreleased material. Even today there are few things I’ll get more excited about than a new snippet of Action related memorabilia.

By the 90s I’d started my fanzine and simply had to name it after an Action track. With Shadows and Reflections already taken, Something Has Hit Me was born. I started by interviewing guitarist Pete Watson who’d not seen any of the band since 1967. A few years later I interviewed Reggie for Shindig! and he’d not seen anyone either, and later I’d interview Mick Evans (unpublished). When called by a promoter looking to reform the band I wasn’t keen. I didn’t want their sacred status tarnished by embarrassing old-bloke performances. Those gigs started in 1998 and ended in 2004. I saw all the London shows and we partied together in Spain. They weren’t brilliant but there was something special about seeing all five original members back together, playing and enjoying themselves. It stopped me being too precious about these things and saw what was more important. Talking to them they realised how lucky they were to be doing it and renewing old friendships. It wasn’t for financial reward; it was for the love of it. That love went from band to audience and audience to band. Michael was the one that with little fuss held it together. In my eyes, they kept their reputation intact.

Evans’s playing and performing throughout his career was never showy or flash but he’d anchor bands with his fluid groove and leave space for others to take the limelight, especially when the Action morphed into psych-folk luminaries Mighty Baby and their incredible musicianship came to the fore. It was, Mike told me, the Mighty Baby period that he looked back on most fondly.

I only knew Mike on a vague personal level but he struck me as quiet soul and had an aura of soothing calmness around him. The joy those Action records bring are today tinged with sadness. My heartfelt condolences go to all his family and friends.
Posted by Monkey at 17:24