MANIC STREET PREACHERS at The ROUNDHOUSE 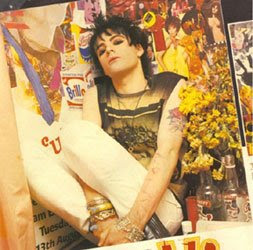 They’ve made some fine records since The Holy Bible in 1994 with Nicky Wire making a sterling job of writing all their lyrics since, but the decision to now release Journal for Plague Lovers, a whole album using Richey’s lyrics, magnifies once again both what they’ve been missing and why they stood apart during those halcyon (in retrospect) days of 1991-94. Aside from the fact he looked utterly brilliant and no-one has ever worn a guitar as well, there weren’t lyricists then and there aren’t lyricists now that can cram as much depth and interest into a song like Edwards.

Tonight they play two sets. First up is a beginning to end recital of Journal for Plague Lovers. Despite the welcome addition of 13 new songs, it’s a difficult album to get my head around. It’s so Richey but it’s so not too. It’s 1994 Manics lyrics put to 2009 Manics music, and whilst I like both things, conjoining the two confuses my brain. And if I find it emotionally draining, I can’t imagine how it feels for James Dean Bradfield, Wire and Sean Moore.

Bradfield gives everything to his vocals but there’s a solemn air to proceedings not helped by Wire’s prolapsed disc that restricts his movement and roots him to the spot depriving him of his usual bounce (“I’ve finally become one of those cunty bass players” he says). His discomfort is obvious as he plays through grimaces and gritted teeth. Bradfield looks like he’s carrying the whole weight of Richey’s memory on his shoulders and I’m struck by whether the album and the decision to play the album in its entirety was one of those Manics’ good-idea-at-the-time moments. In interviews Wire has already voiced unease at the release and suggested it would have been better to have remained a mysterious, unreleased, “lost” album. With no singles to be taken from it, it’ll be interesting to see how quickly they brush it under the carpet. If some of their previous albums are any measure, not long.

The mood of the audience and band, especially Bradfield – who seems almost apologetic - visibly lifts immediately they return to the safety and familiarity of a greatest hits set. All the big hitters were knocked out and with Wire uncharacteristically immobile Bradfield did his whirling dervish routine with extra aplomb. The set was half Richey era and half post-Richey. The “Motown Junk” b-side “Sorrow 16” being the one surprise inclusion and more than any other evoked memories of those fantastic early gigs where they thrived on confrontation, hostility, and a sky of bottles and beer raining down on them.

There’s no denying it’s a quality hour of intelligent rock music but with only one song less than ten years old, a verse from “If You Tolerate This Your Children Will Be Next” catches the ear and should sound a warning: “And on the street tonight, an old man plays with newspaper cuttings of his glory days”.
Posted by Monkey at 12:40