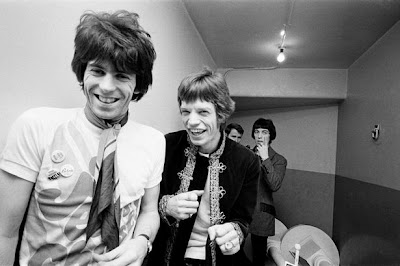 Amongst the “could try harder” comments that peppered my school reports, one memorable assessment when I was 13 read “Mark is a cynic”. With that in mind I wasn’t expecting much from the Olympic opening ceremony beyond being able to post sarcastic comments on Twitter but it moved me quite unexpectedly and even more now I think back. Britons don’t usually display national pride well, it can come across wrong or make us feel uncomfortable, but this celebrated the people of Great Britain with imagination and humour. From the stylish way Mod of the Moment and genuine sporting great Bradley Wiggins casually rang the opening bell, the historic and cultural references in Danny Boyle’s spectacular show came so thick and fast it was hard to keep up. The best part of a billion viewers worldwide must’ve wondered what the devil was going on – this was about Great Britain, ignoring the 203 other competing countries - as it paid tribute to the Industrial Revolution, the National Health Service, the suffragettes, trade unions, immigrants disembarking the Empire Windrush, Steven Lawrence, Liberty, the victims of 7/7, Chelsea pensioners, Pearly Kings and Queens, Tim Berners-Lee, Ken Loach, even Clare Grogan and goodness knows who else. Having the Olympic flame lit, not by someone whose achievements are in the past but by seven young people whose time has yet to come was truly fitting. Bar the occasional Mr Bean moment and Muhammad Ali’s dreadful condition it was wonderfully done: innovative, surprising, inspiring and a little subversive. A little bit bonkers. Isn’t that what we should all aspire to? Educational and entertaining, I’d stick it in school curriculums tomorrow. The only one looking nonplussed was Her Majesty who idly picked her nails as her subjects paraded in front of her to the strain of Bowie’s “Heroes”. But she’s the Queen, and she don’t caaaare.

The British music industry, the soundtrack to our lives, was loudly championed and not by fly-by-night Cult of Celebrity, Creations of Cowell either: The Who, The Kinks, the Sex Pistols, The Clash, The Jam railing against kidney machines being replaced and guns, Blur, Prodigy, Amy Winehouse, right up to gutsy live appearances from the Arctic Monkeys and Dizzee Rascal. In the ancient Beatles versus the Stones saga, the Beatles came out top again, like they sadly always do, with Paul McCartney wheezing breathlessly under the weight of his hair extensions through “Hey Jude” for the finale. Think how much better it would’ve been for the Rolling Stones, celebrating their 50th year together, to have tapped out “Sympathy For The Devil” with 80,000 people joining in with the “woo-whos”. It would’ve been an improvement on “na-na-na-nanana-na” and Keef could’ve lit a giant doobie from the Olympic flame.

From Brian Jones seeking out like-minded souls wanting to play “negro music” to their multi-million pound incarnation, the Stones represent a phenomenal British achievement in spreading rock ‘n’ roll throughout the world (ouch, that sounds like I’ve whored myself to a PR company, please forgive me). They didn’t invent it, didn’t do an awful lot with it to be honest, but they made it go a very long way with everyone from Howlin’ Wolf to you and I benefiting. They’re always knocked for being old duffers who should’ve packed in long ago but longevity in any relationship should be respected and admired. They’re in job they enjoy and do well - 2005’s A Bigger Bang is a far better LP than you might imagine.

A new exhibition at London’s Somerset House displays 76 photographs from the official Rolling Stones 50 book, a weighty hardback tome featuring over 1000 pictures and costs thirty quid should your shelf need another Stones book; the exhibition is free and the majority of images here are from the 60s: the ill-fitting matching dogtooth jackets of 1963 to Brian’s sacking in 1969. Throughout that period they wore great boots and knew how to tie a scarf; important things. They were also a thorn in the backside of the establishment who harassed them and tried throwing them in jail. That same establishment now gives Mick a knighthood - and the BBC who once banned the Pistols’ “God Save The Queen” now blasts it to every corner of the world during the opening of the Olympics – so who was right? Those who go out on a limb achieve things. It’s easy to forget how surprising, inspiring and subversive the Stones and the Sex Pistols were; but they were, and we should be proud.