Following the recent post mentioning the Ricky Tick Club in Windsor, Monkey Snr. has very kindly given me these old flyers.  They are shown in order from July 1965 to September 1966.  It seems incredible now to imagine wandering along the River Thames in Royal Berkshire to catch the likes of Solomon Burke and Bo Diddley.  No need to buy a ticket, just stroll in.  Monkey Snr. saw Graham Bond and Georgie Fame.  I would have gone every week.  Also, I love that some of the flyers were picked up from David’s Record Shop in Slough, which was the same place DJ Martin Fuggles bought his records to play in the club. Thanks Dad. 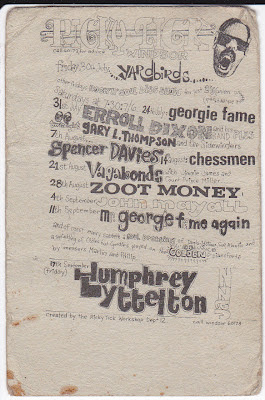 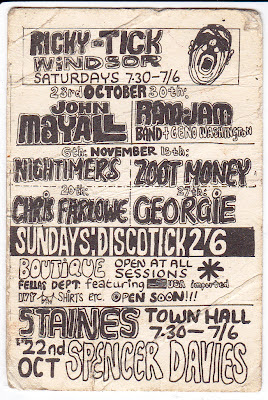 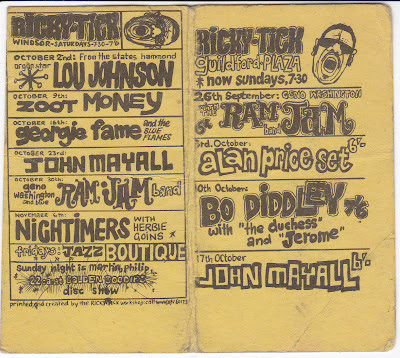 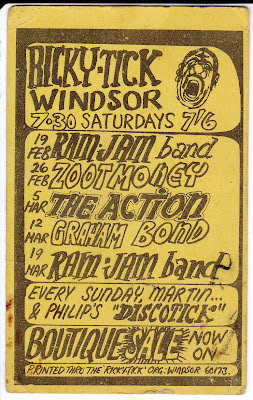 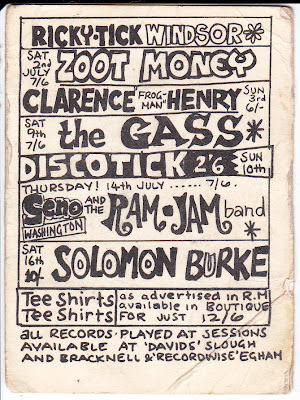 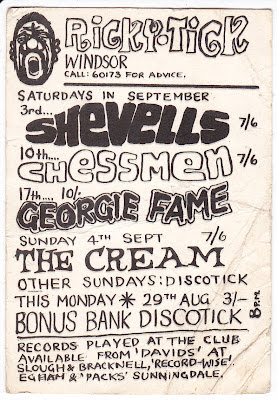 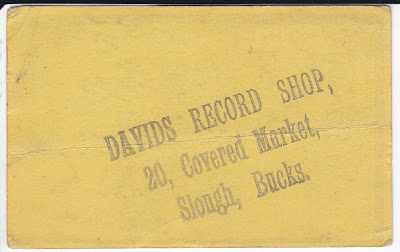