MODS in THE i-D STYLE BIBLE (1987) "EMPHASIS IS VERY MUCH ON THE SMALL DETAILS IN WHICH TRUE MODS TAKE PRIDE." 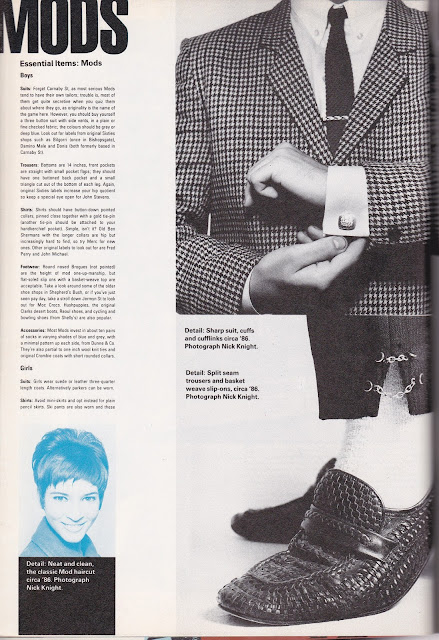 The i-D Bible: Every Victim’s Ultimate Handbook, published in 1987, contained “essential fashion information” and was “an indispensable guide to the Eighties”. It is fascinating book and not as dated as one might imagine although it wasn’t really a guide to Eighties more a snapshot of 1987.

Mods have rarely been covered well by outsiders but this four-page spread with photographs by Nick Knight and Simon Fleury did them justice and was an accurate reflection of where the scene was at the time. Many insist the mid-80s Mods were smarter than their 60s counterparts and this article gives weight to their argument.

“Forget Carnaby Street, as most serious Mods tend to have their own tailors; trouble is, most of them get quite secretive when you quiz them about where they go, as originality is the name of the game here. Mods look to the Sixties for inspiration, not the trash of the Eighties. Emphasis is very much on the small details in which true Mods take pride, and if your tailor is any good he should be able to accommodate you in this quest for perfection”.

There’s not much more to it. 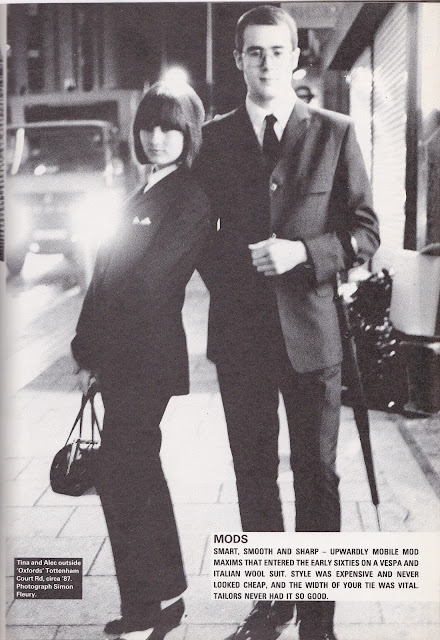 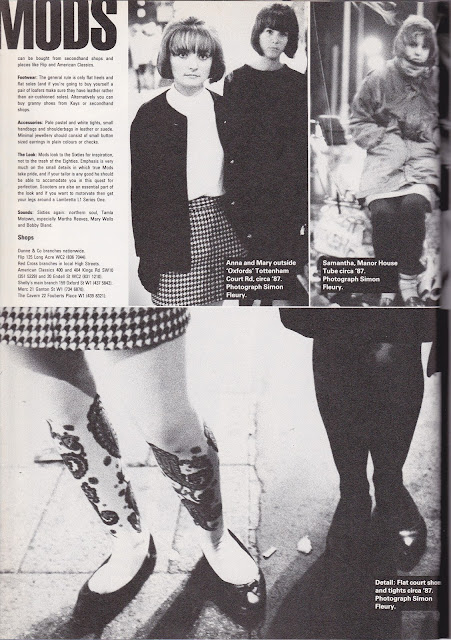 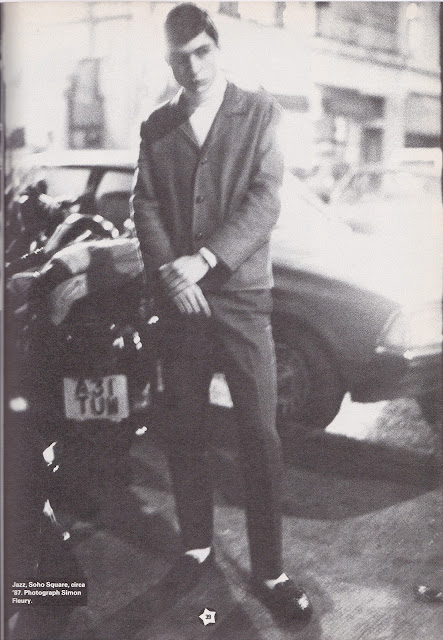