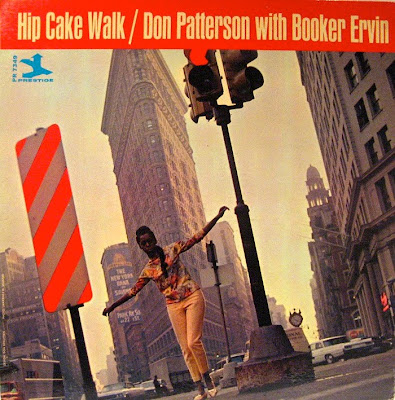 1.  Nookie Boy – “I Got A Feelin’” (1961)
Nookie Boy was known to his parents as Oliver Morgan and he cut this atmospheric, early hours’ dancer in New Orleans where he lived until his home was destroyed by Hurricane Katrina in 2005. Oliver passed away a couple of years later.

3.  Rod Stewart – “The Day Will Come” (1965)
The massive Spectoresque production on his second 45 is built higher than Rod The Mod’s gravity defying bouffant.

5.  Black Merda – “Cynthy-Ruth” (1970)
Detroit’s Black Merda are claimed by some as the first all-black rock band and this low down groove is from the helpfully titled The Psych Funk of Black Merda. Before they let their freak flag fly, they were The Impacts and then The Soul Agents who cut a bunch of records with Edwin Starr including “Agent Double-O Soul”, “Twenty Five Miles” and “War”.

6.  Mighty Mighty – “Sulk” (1988)
Coming out of the mid-80s Midlands indiepop/C86 scene there are traces of Orange Juice, the soul skiffle of Humberside contemporaries The Housemartins, a touch of Morrissey in the vocal phrasing, and yet what’s most surprising about the new Mighty Mighty  Pop Can: The Definitive Collection 1986-1988 is how many really good songs they made in such a short space of time. Out of 36 tracks there are hardly any duds. “Sulk” gets extra kudos for the lyric “It shouldn’t need a Willie Mitchell production to convince you I’m living for you” and the band an extra point for naming themselves after “Mighty Mighty, Spade and Whitey” by The Impressions.

7.  The Cramps – “Naked Girl Falling Down The Stairs” (1994)
An example of only needing a great title to let the record make itself.

8.  Foxygen – “No Destruction” (2013)
I’m guessing Foxygen bought a clutch of albums from their local record exchange: The Velvet Underground, Aftermath, Blonde On Blonde, Black Monk Time, Odyssey and Oracle, Fun House , Congratulations and a compilation called The Summer of Love - then made a musical collage out of them called We Are The 21st Century Ambassadors of Peace and Magic. It’s a recording process I approve of.

9.  Edwyn Collins – “Down The Line” (2013)
The focus is usually on his northern soul stompers – and there are some again on Understated – but Collins is far more effective here as he leads us through an elegant, watery-eyed waltz.

10.  The Electric Soft Parade – “Brother, You Must Walk Your Path Alone” (2013)
From their forthcoming long-player IDIOTS, this is lovely. Have a listen.
Posted by Monkey at 10:16