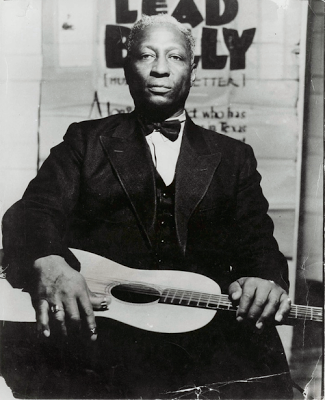 1.  Leadbelly – “The Bourgeois Blues” (1938)
Washington DC was the bourgeois town in question when Leadbelly, Alan Lomax and their respective wives tried checking into hotels as an multi-racial group. “Well, me and my wife we were standing upstairs/ We heard the white man sayin’ I don't want no niggers up there”.

2.  Jimmy Jones – “A Wondrous Place” (1960)
My Saturday morning routine involves tuning into old Brian Matthew on Radio 2 for his Sounds of The 60s show. What makes it essential is the way he mixes the familiar with things I’ve never heard before like this, which Billy Fury quickly covered (without Jones's warm, rich vocal).

3.  Graham Bond Organization – “So-Ho” (1964)
Neglected by the reissue market to the point where I’ve never even seen a Best of Graham Bond CD, the recent Wade In The Water: Classics, Origins & Oddities 4-CD set puts that right with aplomb. This swinging jazz instrumental was originally released on an EP by Ernest Ranglin and the GBs and features Ranglin on guitar, Bond on organ, Jack Bruce on bass, Ginger Baker on drums and is one of 96 fantastic (many previously unreleased) tracks in the box.

4.  Johnny Mae Mathews (Johnnie Mae Matthews)  – “I Have No Choice” (1969)
One of those records that stops you in your tracks. Released on Big Hit, it was no such thing, but it is one of the classiest soul records to ever come out of Detroit, where Matthews was the first African-American woman to own a record label and a big influence on an enterprising young Berry Gordy Jr.

5.  Ramones – “Oh Oh I Love Her So” (1978)
I saw a photograph the other day of one of the punchable scrots from One Direction wearing a box-fresh Ramones t-shirt. I’d love to ask him what his favourite track from Leave Home is.

6.  23 Skidoo – “Vegas El Bandito” (1982)
Like a malfunctioning fruit machine attempting to break dance down the Strip only to be confronted by an elephant on the loose.

7.  Primal Scream – “So Sad About Us” (1987)
Unlike all the other versions - The Who, The Merseys, The Jam etc - Primal Scream actually sound sad about their breakup. Brilliant stuff Bobby, brilliant.

8.  The Lemonheads – “Pin Your Heart To Me” (1996)
It sneaked out to little fanfare in 2011 but the 47-track Laughing All The Way To The Cleaners/The Best Of shows how many great songs they’ve done including Dando’s masterly covers like this, tucked away on the B-side of “The Outdoor Type” and originally released by Jacobites in 1985.

9.  Comet Gain – “The Kids In The Club” (2008)
The best Comet Gain songs are their garage drunk northern soul ones that sound like they were recorded on a cheap cassette player.

10.  The Primitives – “Lose The Reason” (2013)
Our friends Tracy Tracy and Paul Court duet on a swirling self-penned new single which teases at the promise of a new album.
Posted by Monkey at 19:24