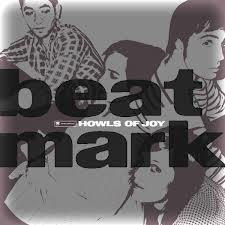 I heartily approve of the band name and album title, both of which make me think of Allen Ginsberg’s Howl and the line “Who let themselves be fucked in the ass by saintly motorcyclists, and screamed with joy”. Even if this was unintentional it scores them early points and although the LP doesn’t do me up the wrong un it still brings joy. It took a few plays to settle as there are loose jangles, surf harmonies, Parisian boys and girls singing over each other, and a frazzling distorted shoegazing wall of noise. My first impression was it was a bit jumbled and messy but that makes me sound like a trainee studio engineer at Gold Star saying “Er, Mr. Spector, don’t you think that’s quite enough layering?” It’s good though; I like it, especially the Swervedriver-style feedback drenched melodies of “Am I Five” and “Electric” and the Pains Of Being Pure At Heart pop hooks of “Son Thomas Hunter” and “People Of Your Kind”. None of the tracks break the four minute barrier (always a bonus) and the pace seldom drops below a brisk jog. If they’d been around in 1991 Alan McGee would’ve signed them to Creation; being 2013 they’re on Cornershop’s Ample Play label.
Howls of Joy is released on Ample Play on 18th February.
Posted by Monkey at 09:21