STAMFORD HILL MODS: THE GENESIS OF MARC BOLAN at the HACKNEY MUSEUM 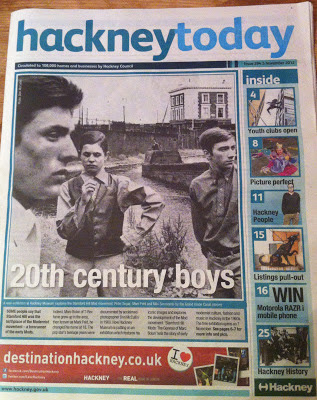 Aged fifteen and still at school whilst his dad drove a lorry and his mum worked a fruit stall, Mark Feld instinctively knew all about giving good copy years before the whole of the UK knew him as Marc Bolan, so when Town Magazine featured him and his older friends from Stoke Newington, Peter Sugar and Michael Simmonds, across six pages in September 1962 he wasn’t going to let an opportunity pass to take centre stage. I love the way he talks about his ties. Anyone can have thirty ties but his were exceptionally good ties. I also like the way both Feld and Sugar later in the piece both use the word haddock as a derogatory term. “The stuff that half the haddocks you see around are wearing I was wearing years ago,” claims Mark. The article doesn’t mention mod by name - and it’s doubtful the three were even familiar with the term – but that’s what they were an early example of and what acts as a launch point for a small exhibition in Hackney Museum. Yes, Hackney has a museum.

For those unfamiliar with the area, Stamford Hill and Stoke Newington are neighbours within the (north)east London Borough of Hackney (as is the case in most of London it’s hard to precisely figure where one place finishes and another one starts) and the exhibition looks at the local mod culture of the early to mid-60s. I’d be interested in this type of display whatever the area but having been resident in the borough since the late 90s it’s especially fascinating to read accounts of the dance halls, record shops and tailors of those near-mythical years. According to Peter Sugar and others, Bilgorri in Bishopsgate was a great tailor and where all the faces went “even though it’s a real haddocky looking place”. At number 282 (later 260) Stamford Hill was R&B Records, a shop owned by Rita and Benny King who also ran their own labels which put out early mod related releases like “Shake Some Time” by Ronnie Gordon featuring The Blue Flames and ska and rocksteady from Jamaica. (Read more about the secret ska history of Stamford Hill). There aren’t many exhibits: a 1962 Vespa GS, a couple of suits and jackets, a few records, the issue of Town etc but it’s the personal memories and photographs that make it. It even graced the front page of local freebie paper Hackney Today.

Did mod originate from Stamford Hill? Impossible to say but Feld and his gang were very visible and their influence would surely have rubbed off on the haddocks of London Town.

On a related note, the Anorak Thing blog has compiled a list of the UK 60's Mod Top 200; an incredible feat which should keep you (and me) busy - and arguing - for hours.

Stamford Hill Mods is at the Hackney Museum next to Hackney Town Hall, Mare Street, E9 until January 2013. I’m not sure exactly what date so check with them before travelling. And if you are travelling remember it is a very small exhibition so try and fit it in with something else (not that there's anything else nearby unless you want to stock up on crack or crystal meth). 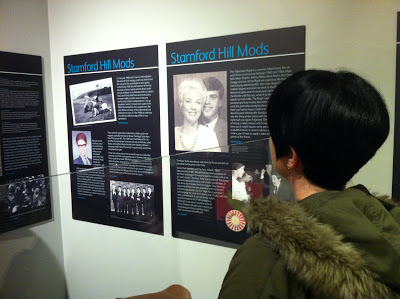 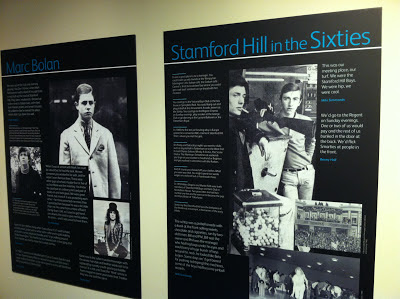 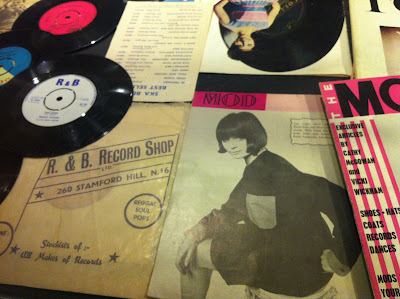