JACK KEROUAC’S ON THE ROAD: IN THE CINEMA and IN THE BRITISH LIBRARY 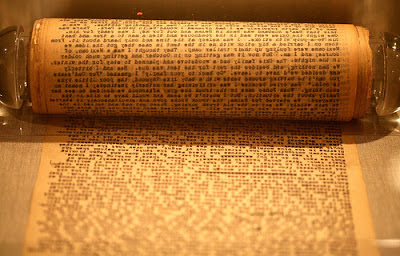 Having read On The Road half a dozen times the odds were stacked against liking the new film adaptation, and the bookies are seldom wrong. Director Walter Salles had a difficult task capturing Jack Kerouac’s poetic prose, so didn’t bother, instead he went for a stylised fashion-shoot/drinks commercial/pop video look and threw in some extra tits and arse.

I don’t know how Sam Riley gets these parts; someone must think he’s kinda cute. He was okay as Ian Curtis in Control but as menacing as a bag of greasy chips as Pinkie in Brighton Rock, and here as Sal Paradise (Kerouac's pseudonym) his whole shtick is to look vacant and watery eyed. Jack might’ve been shy but was keen-eyed, even when drunk or stoned, famously logging everything in his prodigious memory. Whenever he’s a bit off his head in the film Salle shakes the camera, just to make it clear. Genius. Riley, I’m told, didn’t bother to read the novel and neither it seems did he listen to how Jack spoke, choosing to adopt a flat, generic American accent. His opposite number Garrett Hedlund as Dean Moriaty (real life Neal Cassady) was better - faint praise - but where was the drive, the burn-burn-burn? Kirsten Dunst was well cast as Camille and Viggo Mortensen got the easy but entertaining role of Old Bull Lee.

It makes no real difference what the film’s like, there’ll always be the book, but the worse thing is it won’t encourage many to read Kerouac. There was one short scene when Sal receives Carlo Marx’s (Allen Ginsberg’s) poem Denver Doldrums. He reads the lines, they appear on the screen, and it came alive. People will now be discovering Ginsberg; will they pick up On The Road or Visions of Cody? The film adaptations of William Burroughs's Naked Lunch and Allen Ginsberg's Howl worked as they used the classic Beat Generation texts to create something new and interesting. Salles only creates a poor imitation.

Jack’s novel has shifted in meaning for me over the years. When I first read it I honed in on the energy, the excitement, the free-wheeling search for kicks. It’s like the opening scene in Easy Rider when Peter Fonda throws his watch to the ground and kick-starts his bike. It’s not the destination; it’s the journey, the experience. On The Road reads much sadder and gloomier nowadays. Jack’s lonely quest for love and belonging in a world “where we’re all going to die anyway” rises closer to the surface.

The original manuscript of On The Road is currently on display in the British Library and is amazing to see. According to legend, Jack wrote it in one three-week spontaneous burst of inspiration and perspiration at his kitchen table to tell his new wife about his travels. To negate the need to interrupt his flow he taped together sheets of tracing paper, loaded up the typewriter and off he went, fuelled on coffee and Benzedrine. When he unravelled the 120 foot long scroll for his publisher he was told where to go and had to wait another six years and make many changes before it finally saw publication. The truth isn’t quite as dramatic as research now shows On The Road was worked on for years until he typed that version. Although punctuated it’s written as one solid block of text with no paragraphs which makes it difficult to read within the special glass case in the library; it was nigh impossible for my eye to follow the next line. Made it like reading a Burroughs cut-up.

Howard Cunnell, editor of On The Road – The Original Scroll (published in 2007) gave a very persuasive lecture at the British Library the other weekend when he argued the exaggerated myth Jack created around his spontaneous prose technique harmed him as it enabled critics to easily dismiss him and his style. Truman Capote’s put-down “That’s not writing, that’s typing” is almost as well-known as any of Jack’s lines. However, the main thrust of Cunnell’s hour-long talk was to champion Visions of Cody as “the real On The Road” and as Kerouac’s masterpiece. The link between the two – both centred on Neal Cassady and covering much of the same ground but in a different style - is complicated so I won’t recount it here but will read Cody again. When I read it 20 years ago I didn’t get it at all – thought it was a mess - and remains the only main Kerouac book I’ve read just once. Salles’s film didn’t inspire but the British Library has.