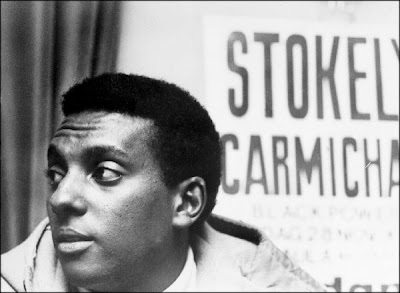 The film opens with Al, a 50 year old white man running a small beach diner in Hallandale, Florida. He confidently believes America to be the land of equal opportunities where any man with a little ambition, who isn't lazy, can always make a living; an America where ordinary working men have more protection, more freedom of speech, than anywhere in the world. “If you don’t like your president you can tell him where to go without being put against the wall and shot”. The next 90 minutes don't tally with Al’s assumption.

The film runs chronologically touching on some of the major incidents in the story of the Civil Rights/Black Nationalism/Black Panther/Black Power movement. Where each of those banners start and end is complicated and open to individual interpretation. Even the leading players adapted their ideologies and agendas over time causing conflict within their ranks and little of this is covered within the scope of the film, instead it offers short snapshots that encourage further investigation.

It was Stokely Carmichael who popularized the concept of Black Power and who would be given the title of Honorary Prime Minister of the Black Panther Party, formed by Huey P. Newton and Bobby Seale in Oakland, California. Carmichael is shown in 1967 giving a speech to an almost exclusively white audience outlining the difference in how he saw his generation’s philosophy to that of Dr. Martin Luther King advocating nonviolence. “His major assumption was that if you were nonviolent, if you suffer, your opponent will see your suffering and will be moved to change his heart. That’s very good. He only made one fallacious assumption. In order for nonviolence to work, your opponent must have a conscience. The United States has none”. Carmichael is a compelling orator: persuasive, passionate, yet composed and witty.

If the Panthers didn’t necessarily advocate violence they didn’t discourage it either. Fight fire with fire. They had members and supporters killed by the police and the police also lost numbers. Their revolutionary rhetoric and their military styling, in berets and shades, openly carrying guns and rifles was deliberately provocative. Director of the FBI, J. Edgar Hoover, claimed “The Black Panther Party, without question, represents the greatest threat to internal security of the country.” All of which obscured their efforts in securing medical care, education and food for the oppressed and poor. In 1969 their Free Breakfast for School Children was launched where Panthers, as the program suggests, fed local poor kids before school. This program grew nationally and at one point reached 10,000 children every day. Their own schooling methods looked interesting too as kids sung about joining in the struggle, fighting for liberation, picking up guns, all to the tune of “Land of a Thousand Dances”. “Oh yeah!”

As well as the original news commentary there are newly recorded voice-overs ranging from Panthers like Angela Davis and musicians like Erykah Badu plus a new soundtrack by Questlove and Om’Mas Keith. The mix of old and new works fine and doesn't distract as I thought it might. Black Power Mixtape in educates, inspires, and due to the subject matter; high death toll; desperate women forced into prostitution; hard drugs; and a scene with a new born baby undergoing cold turkey, thoroughly depresses. Stirring stuff.