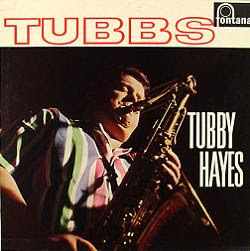 Some songs for September.

1. Richard Wylie and His Band – “Money (That’s What I Want)” (1960)
Barrelhouse piano, a crazy mixed up melody, and bendy guitar lick so sneaky it’ll reach deep inside the tightest confines of your pocket and pinch your last dime without you even noticing.

2. Tubby Hayes – “The Late One” (1961)
Tenor virtuosity from the Tubster as he leads his quartet with lightning fingers and a lairy shirt.

3. The Miracles – “I’ll Try Something New” (1962)
Call a doctor, there’s been a severe case of Smokey fever sweeping through Monkey Mansions this month.

4. Dave Berry – “Don’t Gimme Me No Lip Child” (1964)
Berry’s meaty, beaty, big and bouncy bombshell must’ve taken a few teenyboppers by surprise when they flipped over his “Crying Game”.

5. The Byrds – “Why” (1966)
The version on the B side of “Eight Miles High” was recorded a year before the Younger Than Yesterday one, and contains a far groovier wigged out raga bit in the middle.

6. Lou Ragland – “Since You Said You’d Be Mine” (1973)
Paying Our Dues is one of my favourite Kent compilations and as Ady Croasdell perceptively notes on the sleeve the lyric “I’m three times happier than the law allows me to be” is pure class. Remixed by John Cale. That John Cale?

8. The Pains Of Being Pure At Heart – The Pains Of Being Pure At Heart LP (2009)
Once upon a time, back in the late 80’s, indie meant indie. The girls had bobs and cute button noses and the more astute boys yearned to look like Sterling Morrison. Distorted guitars would wash over Spectoresque drums, waves of sound and melodies would dreamily float in and out the fuzz, and earnest young fanzine writers would sit in their bedrooms armed with cheap typewriters, scissors and Pritt-Stick as John Peel played another Mongolian import. Ah, sweet memories.

9. The Cribs – Ignore The Ignorant LP (2009)
Oh dear, what’s happened to The Cribs? They’ve now all the bite of a dog with its teeth removed. And it probably seemed such a great idea getting Johnny Marr to join. He sprinkles his nice fancy Marrisms over the new album, but if you sprinkle sugar over a turd it’ll still taste of shit.

10. The Lemonheads – “Layin’ Up With Linda” (Live at the Forum, Saturday 19th September 2009)
Yep, they’re still going and last Saturday, with the grungeometer turned to ten, they beat the buggery out of their fabulous back catalogue and threw in some new ones like this cover of GG Allin’s chucklesome tale of killing his girlfriend.
Posted by Monkey at 14:43