WILLIAM S. BURROUGHS: A MAN WITHIN 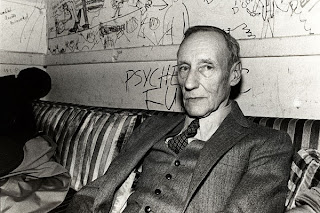 Promising never before seen footage, with narration by Peter Weller and music by Sonic Youth, William S. Burroughs: A Man Within is a new feature-length film from Bullet Proof Films by director Yony Leyser, due for release at the end of the year. Part of their pitch reads:

“William Burroughs was one of the first to cross the dangerous boundaries of queer and drug culture in the 1950s, and write about his experiences. Eventually he was hailed the godfather of the beat generation and influenced artists for generations to come. However, his friends were left wondering, did William ever find happiness? This extremely personal documentary breaks the surface of the troubled and brilliant world of one of the greatest authors of all time.”

The film’s website includes a tasty trailer at www.burroughsthemovie.com
Posted by Monkey at 20:33