THE YOUNG PRETENDERS: THE REACTION at THE STREATHAM LOCARNO (1967) 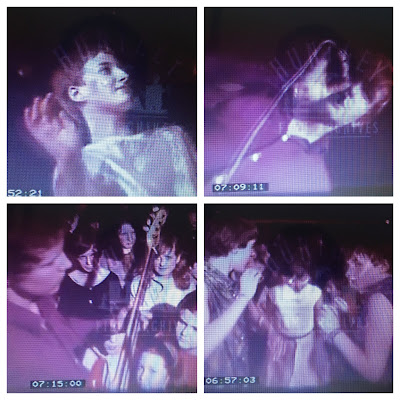 The Locarno Dance Hall on Streatham Hill, South London was opened by band leader and former footballer, fighter pilot and bus driver, Billy Cotton in 1929. It was Britain’s first purpose-build ballroom and held 1500 people. Like Cotton, the ballroom saw many changes over the years - from hosting appearances from Charlie Chaplin to Miss World to cage fighting - but it remained a nightclub, of sorts, until finally knocked down in 2015.

I remember it as Caesar’s nightclub from when circumstances dictated a short-lived residency the wrong side of the river during the late 90s. Its façade featured a Roman chariot with four horses protruding above its sign in bold red letters. Needless to say I never passed through its doors. In 1969 it was rebranded and refurbished from the Locarno to The Cat’s Whiskers, where gangsters and suedeheads rubbed shoulders as the stage revolved and one band would magically be replaced by another while the DJ played ‘Time Is Tight’.

The footage below shows the Locarno in 1967 playing host to a Saturday morning club for teens and pre-teens. These kids are all dressed up in their finery and dance - either awkwardly or enthusiastically - to records and young (presumably) local band The Reaction, drink Coca-Cola, eye each other up and partake in a bike race around the hall. Unfortunately, the ten-minute sequence is silent (if you want sound you’ll have to pay Huntley Film Archives) but even so it’s a wonderfully evocative piece of film.

Ice creams on their way to Rich Turnham and the soul children of Epping for tipping Monkey Picks the nod to this treasure.
Posted by Monkey at 10:30