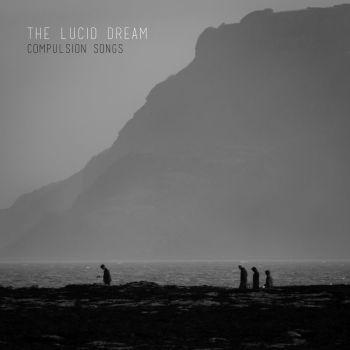 The intensity which defines Carlisle space-cadets The Lucid Dream remains but they continue to expand their boundaries on their third album, Compulsion Songs.

Although broadly ‘psychedelic’ they’re far from clichéd and one-dimensional; keen to poke, prod and pulsate the body as well as the mind. Magnificent opener ‘Bad Texan’ has a baggy - almost acid house – influence, reminiscent of when guitar bands suddenly claimed there’d always been a dance element to their music. It soars, then swoops, exploding with multi-specks of light and glitter. A hypnotized field of ravers lost in its bass propelled groove and metronomic yet aggressive beat.

The tension between heavy-limbed dub, shooting reverb and melodeon on the eight minutes of ‘I’m A Star In My Own Right’ recalls Primal Scream’s finest hour, Vanishing Point, while the Stone Roses would do well to adopt ‘Stormy Waters’ now.

Their stock-in-trade are lengthy excursions. The 20-minute Krautrock finale ‘Nadir’/’Epitaph’ might not be for the faint hearted yet is thrilling nonetheless but they can cut to the chase too. ‘The Emptiest Place’ is a galloping spaghetti western nightmare and on the burning urgency of ‘21st Century’ they cry “Let’s take ‘em on! You gotta push on!”

The Lucid Dream are doing that, from the front. If they could clean the slight muddiness from their recordings, the sky’s the limit.

A slightly edited version of this review first appeared in Shindig! magazine.
Posted by Monkey at 19:59

Labels: compulsion songs, holy are you, the lucid dream