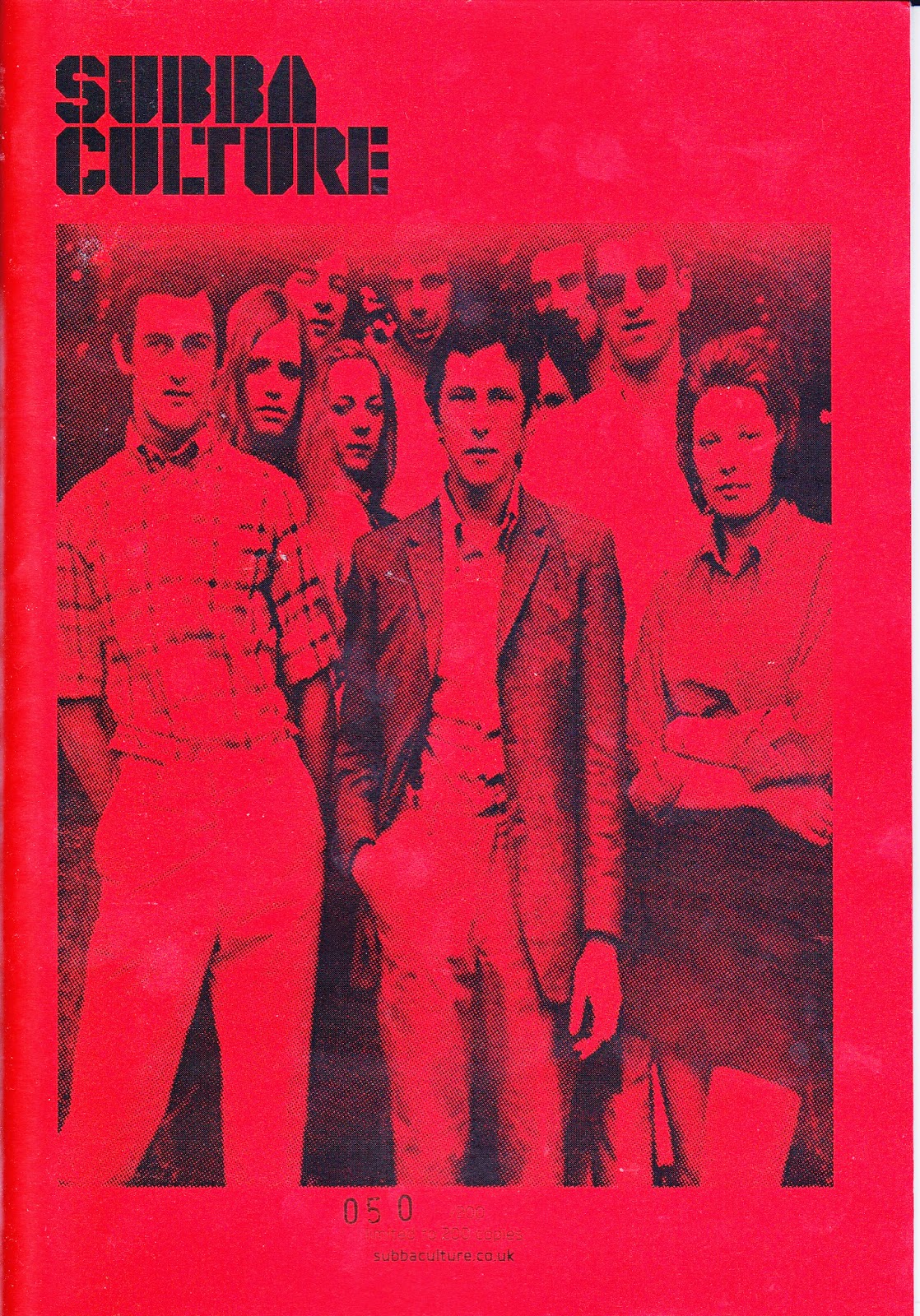 “In my final years at school in the early eighties it seemed everyone was a – something. A Mod, a rocker, a teddy boy, a rockabilly, a rudeboy, a break dancer, a punk, a participant in any one of a number of street revivals”. The further we get from that period the most fascinating it becomes and it’s what informs one of my favourite websites, the nicely nostalgic yet inspiring Subbaculture, and its spin-off fanzine.

Neatly designed and intelligently written, issue two includes – amongst other things - the birth of Acid Jazz; the film Faces In The Crowd centred on the Glasgow Mod Weekender; Skins and the Melbourne Sharpie scene (who knew what Sharpies were?); early 80’s indie; and a smart appraisal of the first years of the Style Council and Paul Weller's "pure Mod thinking" which contains this memorable passage: “The word pretentious began to be bandied around to describe the Style Council. In response Weller simply shrugged his shoulders, draped a sorbet coloured piece of fine knitwear around them and began singing in French”.