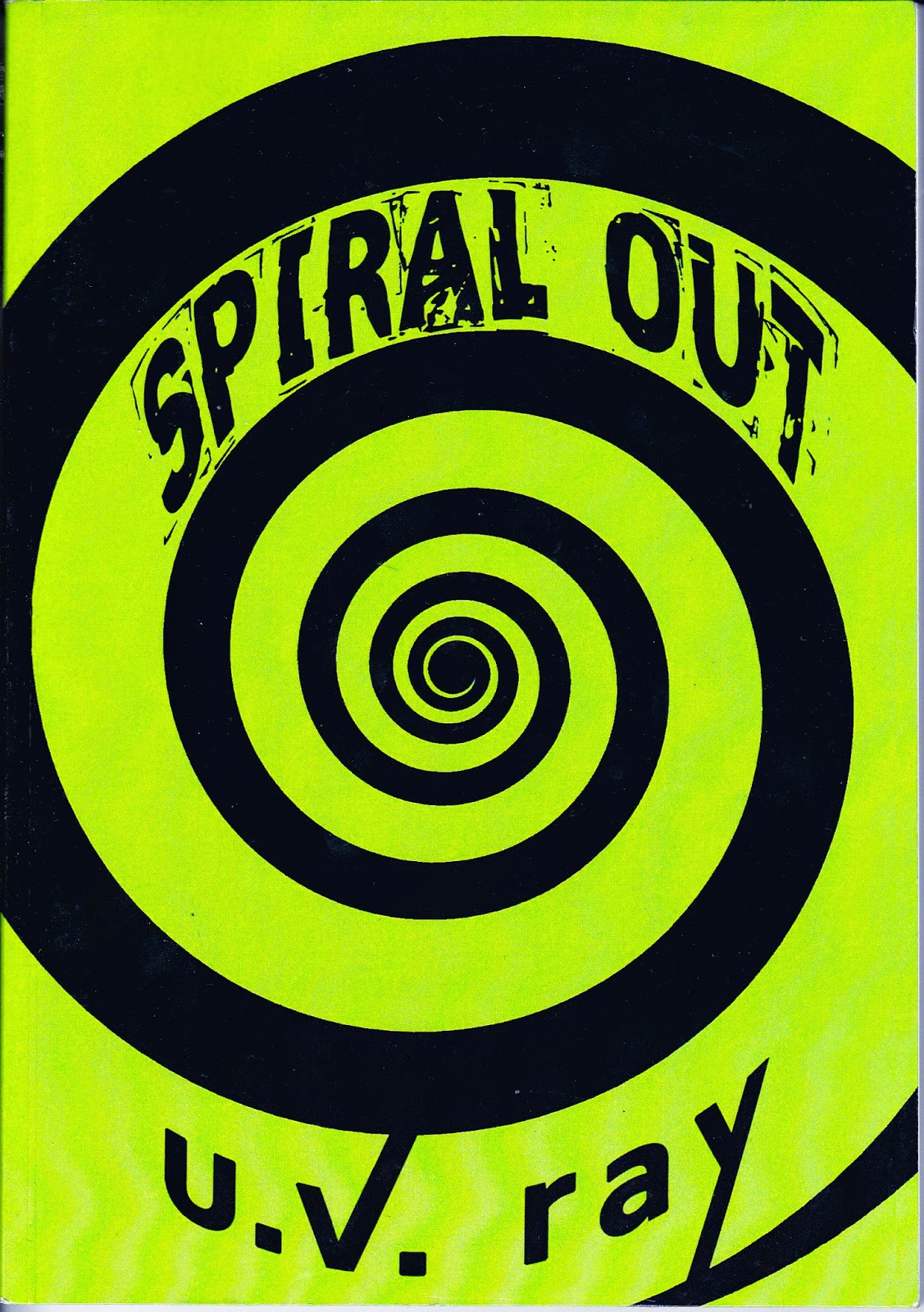 “We are all trapped inside the shell of ourselves. That’s how it is, and I don’t care if anyone else disagrees with me because that simply indicates that they are wrong and I am right. It’s all about voids. Voids in the universe. Voids within ourselves.” – Spiral Out by u.v. ray

Mark Karzoso in u.v. ray’s latest novella (that’s a 100 page paperback to you and I) fills the void with drink, drugs and sex. Through ray’s writing it’s easy to see why. They offer, if not an escape, then at the least occasional relief and a protective cocoon. Which is fine until Karzoso kills a man.

Those who recall this interview last year will remember u.v. ray isn’t one to sugarcoat or tread softly; his words delivered like powerful blows of hammer on anvil. Spiral Out is less a work of outsider fiction and more a state of the nation address. It’s not a pretty sight and not only because it’s set in late 1980s Birmingham inhabited by Birdland. Karzoso is no respecter of political correctness. He’ll say what’s on his mind, speak his truth. It’s a brutal, horrible, meaningless world out there with the only genuine truth being that we all die.

In lesser hands this could be awful angst-ridden drivel but ray’s writing saves it. He’s poetic without being showy. Each sentence is tough and unbreakable but keenly observed and snatches of gallows’ humour peek through. More than that, ray is believable and bloody enjoyable. I read Spiral Out once then turned back to page one to tumble out of control again - from the safety of my armchair.

Spiral Out by u.v. ray is published by Murder Slim Press. Limited to 200 copies.
Posted by Monkey at 18:16