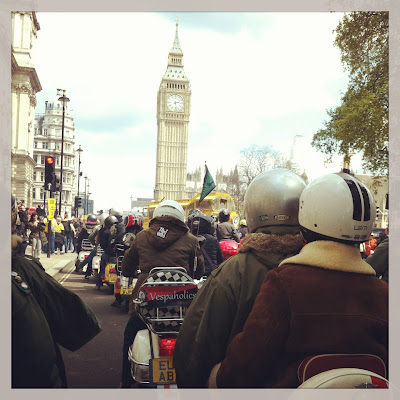 Today saw the annual Buckingham Palace Rideout organised by the New Untouchables and Bar Italia Scooter Club. After gathering in Carnaby Street an estimated 400+ scooters cruised the West End, went up The Mall, past Buckingham Palace, through Westminster, along the Embankment and eventually ended up in Shoreditch for chat, music and refreshments.

It was difficult to take photos that gave a sense of the amount so this is just a small selection of individual scooters. My preference is for them to look more-or-less unadorned but as you can see that’s not a view shared by everyone. In case you’re wondering, my is the green SX150 in the final photograph.

This was the first rideout I’ve done for years and really enjoyed the buzz of creating such a spectacle in the capital. With hundreds of Mods and Scooterists plus thousands of German football fans over for the Champions League Final there was a good atmosphere in town. Even the weather wasn’t too bad. Thanks to the organisers and marshals who did a sterling job in keeping everything running so smoothly. No easy task I’m sure. 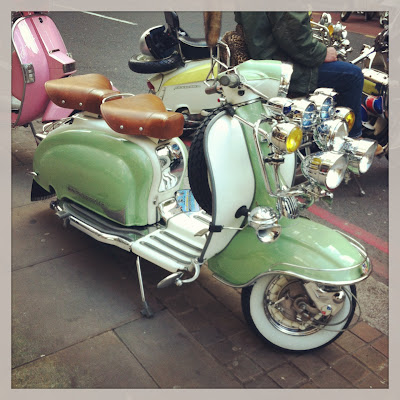 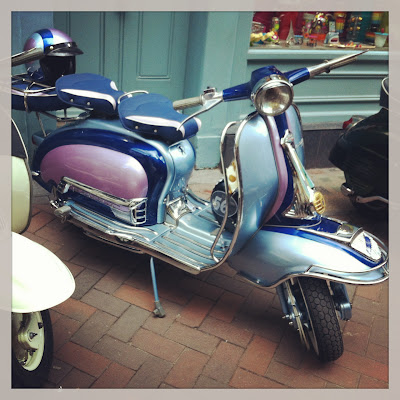 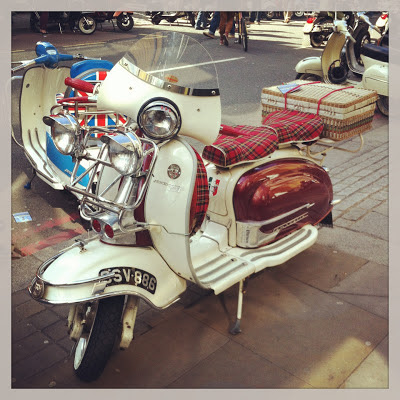 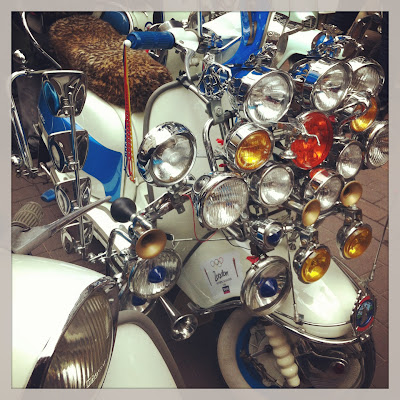 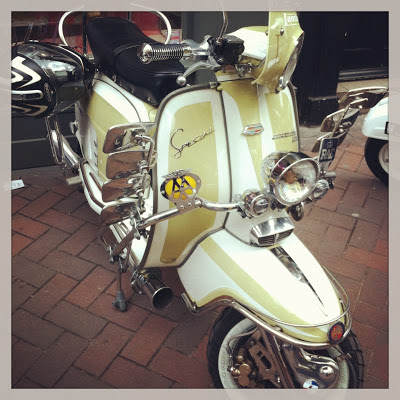 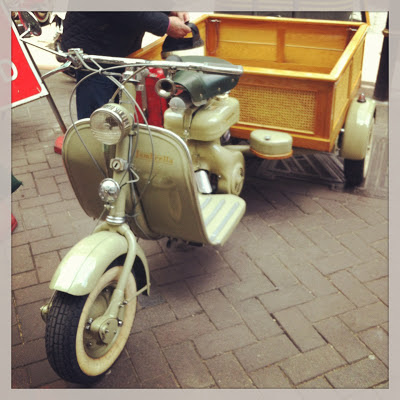 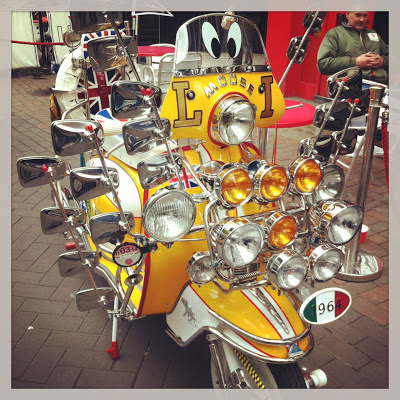 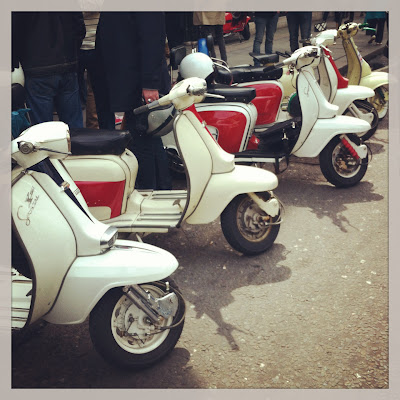 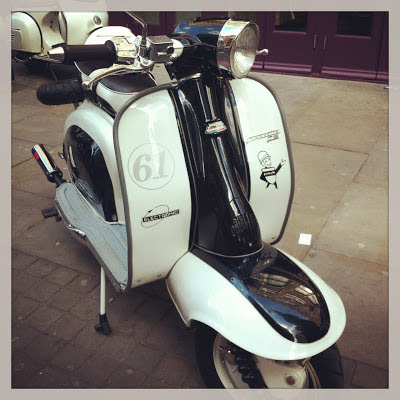 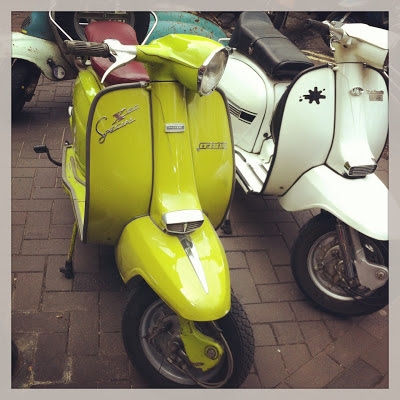