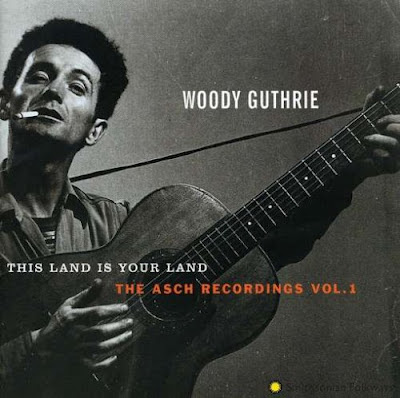 2.  Roland Kirk – “The Monkey Thing” (1963)
This comes courtesy of Monkey Snr and is suitably bonkers. Recorded live in Copenhagen, Kirk’s party piece was to play many instruments at once; here he sings and moans, lays waste to a flute, some saxophones, blows a nose flute (really), whilst still finding time to trades riffs with Sonny Boy Williamson who joins on harmonica. Awesome.

3.  The Martinis – “Holiday Cheer” (1966)
After hard partying Charles “Packy” Axton left the Mar-Keys and his mum and uncle’s Stax label he cut a bunch of similarly tough instrumentals for a variety of companies including this doorbell-ringin’, glass-clinkin’, boozy swinger for USA Records up in Chicago.

4.  The Electric Prunes – “Long Day’s Flight” (1967)
The psychedelic hubble and bubble which closes their Underground LP sounds as much Elevators as Prunes, which is no bad thing.

5.  Frank Beverly and the Butlers – “Love (Your Pain Goes Deep)” (1968)
From the first soul nights I attended, right up until this month’s 100 Club allnighter, I’ve danced to Beverly’s “If That’s What You Wanted”, completely unaware of this beauty – reminiscent of the Temptations’ “(I Know) I’m Losing You” with extra breakbeats - tucked away on the flipside.

6.  Rodriguez – “Cause” (1971)
Second playlist in a row for my latest obsession. The string arrangement is like Nick Drake’s Bryter Layter but the voice and lyrics are pure Rodriguez.

7.  Ann Peebles – “(You Keep Me) Hangin’ On” (1974)
From the I Can’t Stand The Rain LP with that unmistakeable Willie Mitchell production and Ann’s, as always, beautiful vocal.

8.  Public Image Ltd – “Chant” (1979)
Yesterday, for the first time, I managed to play Metal Box (or to be strictly accurate, Second Edition) all the way through in one sitting. It felt like an achievement, like triumphing in a Man Versus Food challenge. Wouldn't want to do it every day though.

10.  Brain Washington – “LSD” (2012)
One could take LSD to gently conjure dazzling visions of ancient Aztec temples or, alternatively, like Brain Washington, to set yourself on fire and ride a Harley at top whack into a brick wall laughing like a maniac.
Posted by Monkey at 10:03