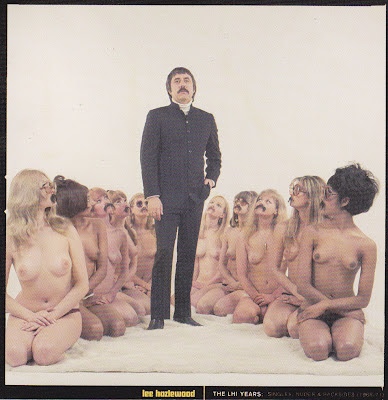 Current spins in Monkey Mansions include...


1.  The Combinations – “Voodoo” (1962)
Songs about voodoo – like songs about monkeys and chickens – are always worth investigating and the temptation to play this next to Charles Sheffield’s “It’s Your Voodoo Working” would be strong for many.  By the way, according to voodoo superstition, having a woman visit you first thing on a Monday morning will bring you bad luck all week.  Keep that in mind.

2.  Mr. Wiggles – “Fat Back (Part 1)” (1965)
Take a half cup of Robert Parker’s “Barefootin’”, cook it in a Famous Flames style, have a young Jimi Hendrix throw some licks (for it was he), and you have yourself a fair club soul treat.

3.  Pink Floyd “Lucy Leave” (1965)
Bob Klose was still in the band here and what a debut Floyd single this would’ve made.  It doesn’t have the uniqueness of “Arnold Layne” but Barrett rarely, if ever, sang as strongly again and the tough circular garage attack is as good as it gets.

4.  Verdelle Smith – “If You Can’t Say Anything Nice (Don’t Say Nothin’ At All)” (1966)
It was the later upbeat version by Gia Mateo that had us spinning holes in our soul socks for nights and mornings on end but Verdelle’s slower, Bacharach and David style treatment is beautifully paced and delicately sung.  Gorgeous.

5.  Lee Hazlewood & Suzi Jane Hokom – “Califia (Stone Rider)” (1969)
Light In The Attic have embarked on a major Hazlewood reissue campaign.  The first release, The LHI Years: Singles, Nudes and Backsides (1968-1971), does more than enough to show there’s more hiding behind that thick tache than “Some Velvet Morning”.

7.  The Very Things – “The Bushes Scream While My Daddy Prunes” (1984)
A memorable song paired with an unforgettable video (See here.)

9.  Spiritualized “So Long You Pretty Thing” (2012)
In Spiritualized word bingo this was very nearly a full house: Help, Lord, Jesus, God, Soul, Tired, Blind and Mind all ticked off.  Only missing Drugs.  So close.  They probably envisaged making “You Can’t Always Get What You Want” but the lighted candle mood, the way the song creeps up and builds, the choir, the big crescendo half way through actually remind me more of a Pop Idol winner’s song.  Still like it a lot though.

10.  Pony Taylor – “Videogame” (2012)
It's easy to be sniffy about The BritPop Years but a chap said to me the other day he felt he'd missed out, as in his lifetime there hasn't been a movement that "everybody" (his words) was into.  It didn't feel like a movement or particularly special at the time but he's probably got a point and like mods in the 60s or punks in the 70s its only when looking back they can truly see what was happening around them.  Had he been with us in 1995 h would've heard slashing chords and sustained organ every day of the week, so hearing French band Pony Taylor revisit it with aplomb in 2012 should make us both happy.
Posted by Monkey at 10:28