THE JOHN PEEL ARCHIVE AT THE SPACE 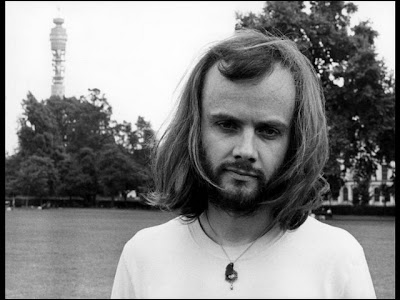 John Peel’s record collection is the stuff of legend.  He’d sit in Peel Acres, listen to his new acquisitions, meticulously catalogue them, create typed index cards, then cherry pick tracks for his show.

It’s estimated he had 26,000 LPs alone.  Now, thanks to the John Peel Centre for Creative Arts, these are very slowly being drip fed on to a new site called The Space.  Each week, the first 100 albums, in alphabetical order, are put online.  Last week was the A’s; this week has been the B’s.  At that rate, my CSE maths makes a completion date of May 2017.  It’s a well-designed site that looks like a real record collection and it allows sight of the front and back covers, the inner sleeve plus Peel’s own index cards.  My initial excitement has been tempered though by discovering it’s not possible to listen to the actual records.  Where the records are available on Spotify there is a link (okay if you have Spotify) but other than that it’s just looking at record sleeves.  I suppose complicated licensing issues are at the root of this but making a record collection available to look at is a little pointless. Such legalities aren’t usually abided to by the users of YouTube so that’s a good second stop, and where I listened to stuff from the couple of mid-70s soulful disco LPs by Ace Spectrum.  It is also a shame it’s not possible to zoom into the sleeves.  Despite those frustrating grumbles it’s still a way to fritter away hours searching for new music and a reminder of Peel’s anything goes taste.

Everyone has their listening to John Peel stories; it was a rite of passage.  I began tuning in when I was twelve, on a wrist radio tied to the plank of wood that stopped me falling out the top bunk.  It was called a wrist radio but as this was the early 80s it was the size of a cereal bowl.  I had to keep the volume low so not to wake my little brother, who had yet to discover rock and roll, asleep below.  I dreamed of being a punk, inspired by a gang I’d watch from my bedroom window at night.  They’d sit on the stone boat in the park that backed onto our garden, smoking, drinking, lighting fires and occasionally kicking a ball around.  It looked a great way of life and I still hold them responsible for spraying “The Ruts” on our street sign.

It was one thing wanting to be a punk, it was quite another to getting to hear the music so Peel was the way in.  One night he announced he was going to play the new single by The Clash.  This was exciting.  I knew who they were but had never heard them.  How would they compare to Never Mind The Bollocks, which my school friend had nicked from his brother to give to me?  I loved that album, even if – and maybe especially because – I had to hide the sleeve from my mum and knock off the sound during the potty-mouthed abortion bit in “Bodies”.  I can’t remember Peel’s introduction but do recall my utter disbelief and disappointment when “This Is Radio Clash” filled the airwaves.  What on earth was this hippity-hoppity New York street funk nonsense supposed to be?  How was this punk?

Luckily a second wave of punkish upstarts was springing up and it was these short, sharp, shouty and sometimes funny 45s, which captured my imagination far more than those old fogies.  The Ejected’s “Have You Got 10p?” was a played almost nightly; The Addicts “My Baby Got Run Over By A Steamroller” has stayed with me (I taped it and mum asked if it was a infant or a loved one flattened); but my favourite band from that period were Action Pact, whose two sessions had me leaping off my bed to release the pause button on my hi-fi to record.  There are two of their LPs in Peel’s collection, which prompted me to revisit them for the first time in since those boyhood days.  Surprisingly they’ve weathered well, owing much to X-Ray Spex, which I didn’t realise back then.

But many nights would be a test of patience and lasting through from 10pm to midnight was a rarity.  I'd turn the radio up for the talking and down for the music.  His contrariness in deliberately playing outlandish and often diabolical records was a thing to be admired if not listened to.  The internet age has made us more impatient and we can, if we want, click away after the opening bars of some Hungarian electro drone duo or a Congolese folk band but his show made you stick with it or bail out and potentially miss something wonderful.  Coupled with the weekly music press it was the only place a kid like me could discover music outside the charts and peek into other worlds; that was our internet.  As for "This Is Radio Clash", it was an amazing record, so far ahead of its time.  John Peel knew.
Posted by Monkey at 09:23