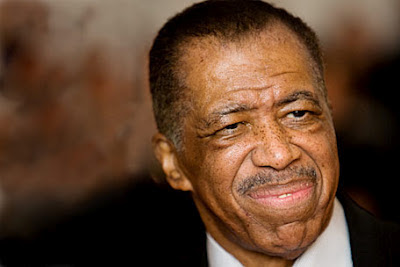 He must be old. He’s 73, seeing how you asked, but could be older; not because of his appearance – he still cuts a dash in his light suit and dark shirt – but because “Stand By Me” seems to have been around forever and is everywhere. It’s in the night, the land, the moon, the sky, the mountains and the sea. When Ben E. King with Jerry Leiber and Mike Stoller wrote it at a piano in New York during 1960 they could’ve had no idea it would remain so omnipresent for much of the following 52 years (and counting).

According to the American performing rights organization, the BMI, it was the fourth most performed song of the 20th century with about 7 million performances. For all the countless versions (Wikipedia says over 400) and its familiarity, hearing it sung in a club by its creator is a surprisingly moving experience. There's something about live music that allows the listener to connect in ways not previously encountered, even on a song as simple and as uncluttered as “Stand By Me”.

What makes it surprising is it comes in an otherwise unremarkable set. King delivers what’s expected rather than what’s hoped, but I don’t blame him too much for giving the majority what they want. After all, he’s playing one of London’s most touristy venues and they don’t give a hoot when he sings Sam Cooke or Wilson Pickett hits at the expense of his own as the smell of burgers and chips waft down from the restaurant. If he was playing a northern soul weekender I’d hope for “Cry No More” or “I Can’t Break The News To Myself” but it still wouldn’t go amiss to heard his wonderful Drifters 45 “I Count The Tears” rather than a plodding version of “How Sweet It Is”.

He only spent two years in The Drifters and the average Joe has no idea which hits he sang on and which ones he didn’t, a fact exploited by King as he covers “Up On The Roof” and “On Broadway”. A recent Monkey Picks investigation discovered that an incredible 72% of black male singers over the age of 30 have at one time performed in a line-up calling themselves The Drifters. Every petrol station, discount book shop and charity shop has a Best of The Drifters CD on sale, all different cheap re-recordings by blokes with wet-look mullets and given a nasty makeover; not dissimilar to the supper club treatment most of the songs get tonight. The band knock out cabaret arrangements and whilst his two backing singers might be a pleasant distraction in other circumstances, here they are too up front, too intrusive and too annoying. The material from what he calls his Disco Years fares better with 1975’s “Supernatural Thing” cutting a rare groove.

For all that, it’s difficult to be harsh on King himself as he is still good. He's retained his natural, unforced baritone and a career spanning seven decades has taught him how to charm an audience. He smiles a big smile, has a twinkle in his eye, exchanges banter with the crowd, and comes across as a lovely fella (especially when he shakes my hand), yet I can’t help think he’s selling himself short. A sympathetic backing and some different material (even jazz and blues standards) would, I expect, be more satisfying for himself - if not the burger munchers of the Jazz Café.
Posted by Monkey at 11:06