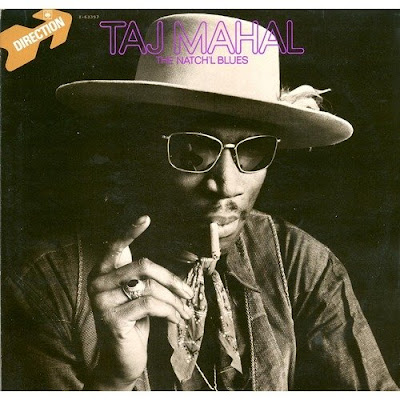 1. Rosetta Howard with Harlem Hamfats – “If You’re A Viper” (1937)
From the opening line of “Dreamed about a reefer five feet long”, I’m hooked.

2. Leroy Van Dyke – “It’s All Over Now, Baby Blue” (1965)
The Byrds didn’t have a monopoly on country-rock Dylan covers. Van Dyke got in early and of all the many versions this is my favourite.

3. Tammy McKnight – “Take Away These Chains” (1966)
Tammy recorded two singles for the tiny New Orleans label Tune-Kel and was never heard from again. This was the second and as the title suggests bore more than a passing resemblance to “Unchain My Heart”.

4. The Four Seasons – “Watch The Flowers Grow” (1967)
The Four Seasons weren’t going to let the Summer of Love go past without getting some flower power action. Scott who?

5. Taj Mahal – “She Caught The Katy (And Left Me A Mule To Ride)” (1968)
Since hearing this song in The Blues Brothers as a nipper I thought it started “She’s complicated…” not “She caught the Katy…”. Katy, or M-K-T, apparently stands for Missouri, Kansas and Texas railroad. All makes sense now.

6. Parliament – “The Silent Boatman” (1970)
The first Parliament LP, Osmium, is such a crazy mixed up rock-funk-yodelling affair it’s hard to predict what’s coming next, not least on the final track, “The Silent Boatman”. Sounds more like a soul crossed Traffic than Funkadelic and is quite probably the only acceptable recording to ever feature bagpipes. Yes, bagpipes.

7. Bob Dylan – “George Jackson” (1971)
Black Panther George Jackson lived - how shall we say? – a colourful life, and died a bloody death trying to escape San Quentin Prison in 1971. Dylan was quick to record big band and acoustic versions of this which harked back to the topical songs he hadn’t touched for years. The acoustic one is the tops.

9. Daniel Johnston – “True Love Will Find You In The End” (1990)
I've never bothered listening to any other Johnston songs as can't imagine anything could come close to the raw emotion of this.

10. Kurt Vile – “Jesus Fever” (2011)
I’m not totally sold on Smoke Ring For My Halo but there are loud enough echoes of J Mascis and Neil Young to be worthy of a few listens.
Posted by Monkey at 11:52