TODD SNIDER at the BORDERLINE, LONDON 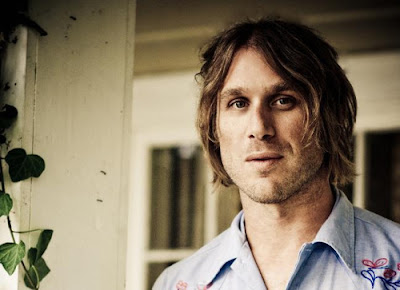 I wasn’t planning on writing about Todd Snider’s gig from last week but it would be remiss of me not to mention it; especially as I’m being nagged by Monkey Brother who was beside himself with excitement beforehand (“pissing my pants” was what he actually said) at the rare opportunity of seeing Oregon’s Snider this side of the pond. I warned against building his hopes too high. I needn’t have worried.

I’m never entirely sure what defines the genre “alt-country” but I think its contemporary country music without Stetsons or syrups. Kris Kristopherson once said “If it sounds country, man, that’s what it is.” Snider sounds country most of the time even though he described himself on Wednesday as a “stoner folk singer”. That tag seems more on account of his slightly drawled vocal, hippy idealism, leftish politics and tiny slits for eyes rather than his work ethic. His discography bears testimony to that with an album almost every year since his debut Songs From The Daily Planet back in 1994, none of which have been released in the UK.

Those albums mostly feature a back-up band but this gig was just Todd standing centre stage with a guitar, a harmonica and a bunch of songs. He’s a storyteller and an inventive lyricist; it was hard to second guess the lines as they veered off in unexpected directions, some with a simple knockabout quality, others long, winding, talking blues packed with ideas and rants. Stripped of the more overt country styling of his earlier records, those lyrics were to the fore and it wasn’t all heartaches and hangovers. In one song alone he told the story of The Kingsmen recording "Louie Louie"; Marilyn Manson laying "weird chicks"; dead bodies on television reports; and threw in a snatch of "Let's Get It On". Not your standard country fayre by any stretch of the imagination.

Whether tender or as the self-deprecating outsider Todd’s sense of comic timing bought many a chortle during the songs or the banter in between. It was a masterful performance. There are occasions when one watches artists (or anyone at the top of their profession) and think that’s as good as it gets. Every so often Monkey Brother and I glanced at each other, shrugged, raised our eyebrows and shook our heads. There wasn’t anything to say, it was just an acknowledgement that yep, that’s it. Just it. When I think of the time and money I’ve spent on other would-be troubadours I wouldn’t trust to deliver a letter let alone a song, it makes me feel the waster.

The first half of his set spanned his career from his debut right up to the forthcoming Agnostic Hymns and Stoner Fables before playing audience requests during the second half. His promise to play them all went unfulfilled but after 95 minutes and ending with "Conservative Christian, Right Wing Republican, Straight White American Male" he’d earned his corn. If I were a “stoner folk singer” I’d be putting my dope back in the tin and hanging up my guitar.
Posted by Monkey at 19:38