A WORLD TO WIN: POSTERS OF PROTEST AND REVOLUTION at the WILLIAM MORRIS GALLERY, E17 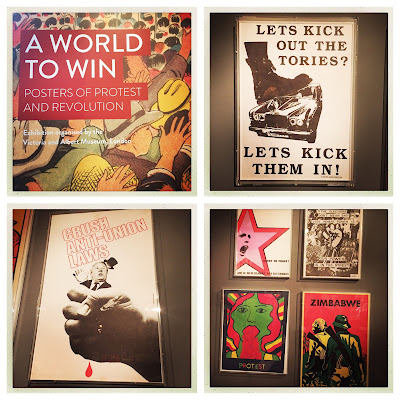 “I went down to the demonstration…” Okay, I didn’t, that was Mick Jagger, I went down to the gallery but it did have an exhibition of protest posters and was the William Morris Gallery. Seeing how Morris was a pioneering late-19th Century socialist who knew a thing or two about design and print it was a most fitting environment, almost like being on the frontline, and had the added benefit of reducing the likelihood of being kettled-in by the pigs for eight hours. With my bladder I can’t take chances like that, comrades.

Displayed in eight sections - Smashing The System, New Dawns, Ongoing Revolutions, All Power To The People, No!, Subvertising, Bearing Witness and Print It Yourself – the posters spanned over a century of protest and campaigning from across the globe. Not only was it difficult to argue against most of the topics (I raised a fist in solidarity, it was the least I could do) but even from a purely aesthetic angle it was interesting to see the differing styles on display.

It’ll surprise no one my eyes were mostly drawn to the 60s and 70s items. There was young Fidel Castro, rest his revolutionary soul, on a poster by artist Rene Mederos commemorating, in 1969, The Tenth Anniversary of the Triumph of the Cuban Rebellion. Look at all their happy cheering faces and bright gay colours. Hurrah! Not quite as celebratory but almost as wordy was To Hell With Their Profits – Stop Forcing Drugging of Psychiatric Inmates (1978) by Rachael Romero from San Francisco, whose style wasn’t dissimilar to Emory Douglas, the Black Panther Party’s Minister of Culture who provided the Party with such a strong visual identity including, here, All People To The People, from the early 70s.

Talking of the Black Panthers, just a photograph of Angela Davis, resplendent in huge afro, was a powerful message hung on a wall without the need for any supporting text. Whereas at the other end of the spectrum, Polaris No! (1961) by Robin Fior relied solely on bold text and striking colour to make a point about Britain’s first nuclear submarine based programme, not that it’s obvious to the uninitiated from this distance in time. For what it’s worth this was my favourite.

For those not so keen on subtlety, Fuck The Draft (1968) by Kiyoshi Kuromiya out in Philadelphia does the job and as a bonus was originally advertised for sale via mail order with the added incentive as being ‘the perfect gift for Mothers’ Day’). Here Mum, got you this for the living room. Into the 1980s and an unnamed Class War activist created Lets Kick Out The Tories? Lets Kick Them In. As it currently stands the only thing Class War have kicked out successfully is the use of apostrophes. From small acorns.

All of this activism needs a soundtrack and as a centrepiece (quite literally) Ruth Ewan has created A Jukebox of People Trying to Change The World (2003-2012), a free-to-use jukebox collecting 2000 songs which “pays homage to those who have dared to speak out with a creative voice calling for freedom, social justice and equality”. Over 70 categories and featuring artists and songs famous and obscure it’s the mother of all jukeboxes. Even the Rolling Stones were there with ‘Street Fighting Man’. Young Jagger, as he sang, did get his fair share of abuse when he flounced along to the demonstration but let’s be honest he wasn’t really a street fighting man was he? What was he gonna do; give someone a thick ear with an elongated vowel?

But I digress, this is a stirring and inspiring collection. Go get organised.

A World to Win: Posters of Protest and Revolution is at the William Morris Gallery, Walthamstow, E17 until 15 January 2017, admission free. 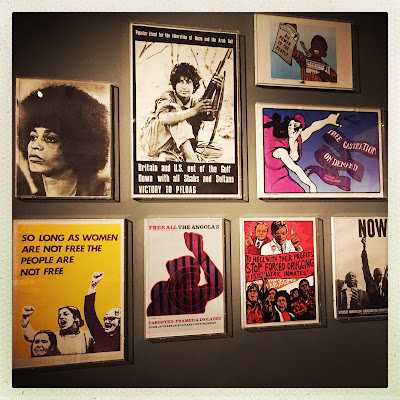 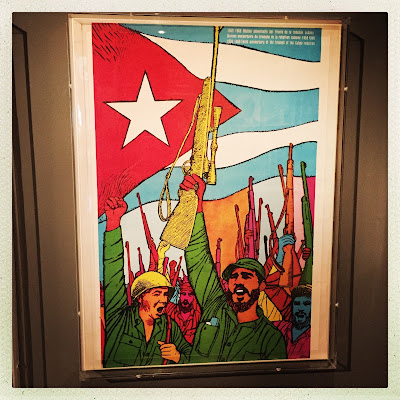 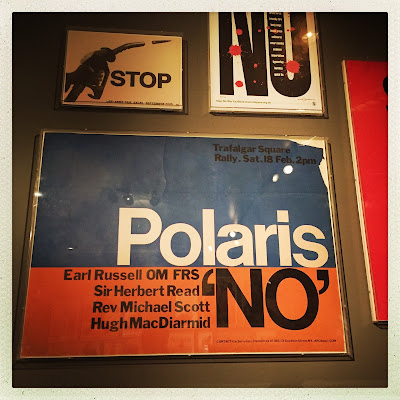 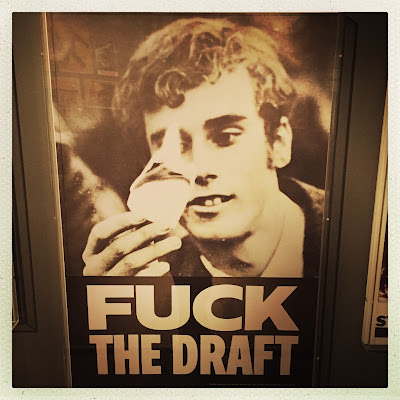 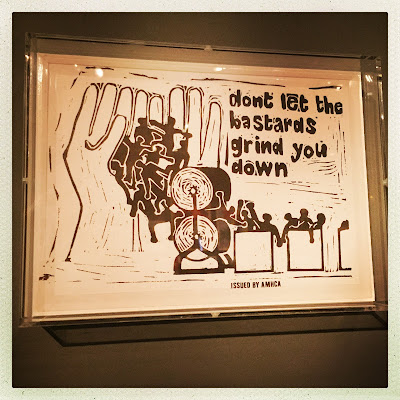 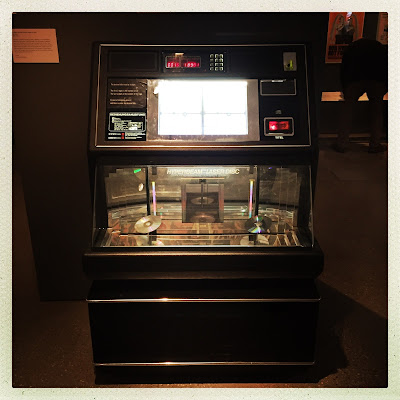 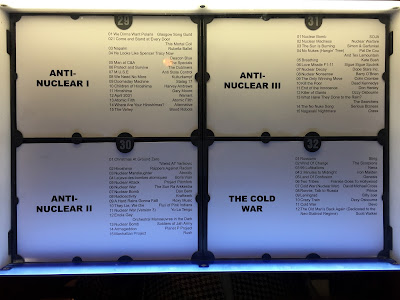 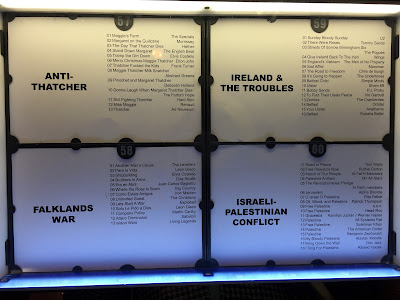