FOR THE LOVE OF THE ACTION 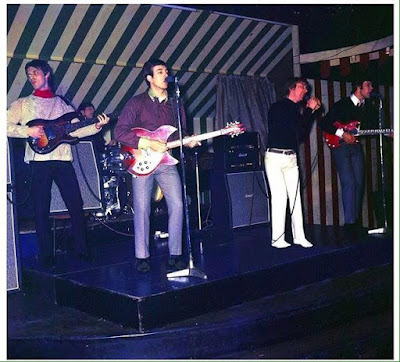 Those of you who do the social media thing might’ve come across @theactionmod on Twitter posting bits and bobs about The Action. Knowing I was quite a fan they wanted to ask me a few questions and, not needing much encouragement to gush about one of my pet subjects, I was only too willing to answer them. Worth mentioning here also about an excellent Facebook page Mighty Baby & The Action 1964-1971 which consistently posts interesting stuff and has the added attraction of memories from people there at the time and even occasional posts from band members. Anyway, here's the Twitter thing for those not on it.

Hi Mark, Thanks for your time, how are you?
Pretty good thanks. Always happy to chat about my favourite band.

You've been a follower of The Action for many years now, can you me tell how and when you first heard them?
Like many of a similar age, via Edsel’s The Ultimate Action compilation. As a young Mod in the early to mid-1980s I used to hang out on Carnaby Street on Saturday afternoons and clearly remember buying the LP from The Merc. I guess I knew they were supposedly a Mod band from the 60s and that was enough to invest some pocket money.

Were you a fan of just The Action’s music or did their Mod look also appeal? If so, which threads specifically?
I’m sure I would have gotten around to them eventually anyway but it was their Mod connection that initially introduced me to their music. That said, even though I still pretty green to the world of Mod - I was about 14 - I could tell they sort of lived slightly to the side of it. Songs like ‘Shadows and Reflections’ pushed into more interesting territory to discover. The photos inside the album showed Reggie King in a flowery penny-collared shirt and Alan King’s trousers have a bit more of a flare to them and they’ve both got on these great shaped shoes. I was still wearing clothes more closely associated with The Jam so it was a big influence to see this slightly post-Mod look.

Can you tell us what are some of your favourite tracks by The Action?
‘Since I Lost My Baby’ isn’t just my favourite track by The Action, it’s one of my favourite tracks ever. I love it, absolutely love it. The 12-string intro, Reggie’s lead vocal, the harmonies, oh man. It’s a superb song anyway – credit to Smokey Robinson and Pete Moore – but to improve on the original took some doing, but they did. Other favourites: ‘For Once In My Life’, ‘Wasn’t It You’, ‘Shadows and Reflections’, ‘ ‘In My Lonely Room’.

You have interviewed all the members of The Action including the sadly missed Reg King and Mike Evans. Do you have any further stories you can add from the interviews you have done with the band?
I don’t know about stories but it was a real honour to chat to them over the years. I’ve not interviewed Bam yet, I should try to complete the set. Pete Watson and Reggie King were first, and they were a while before the reformation came to pass. Pete was in temporary accommodation but invited us to his digs and while most of his stuff was in storage he still had his Rickenbacker with him, 25 years after leaving the band. To hear his stories, and have him play a couple of chords then let me touch this sacred artefact was amazing. Reggie was quite a character who I met a few times and on the last time told him how much ‘Since I Lost My Baby’ meant to me and how I thought it better than the Temptations’ version. Reggie didn’t agree and thought I was putting him on at first but once he realised I was being totally serious he was very gracious and, I think, a little bit secretly touched. The song was played during Reggie’s funeral service and the circumstances and the acoustics in the small chapel made hearing his voice like that incredibly moving.

Along with Steve Marriott, Steve Winwood and Eric Burdon, would you say Reg King is as great a white English soul singer?
I don’t think race, nationality, genre, gender or comparisons are relevant or necessary; Reggie King was a great singer, full stop.

Why do you think The Action didn't have the success of The Small Faces, Spencer Davis etc?
It’s been debated a lot but I think they got off to a slow start with their writing, it wasn’t until their fourth single they put out an original song. They were first and foremost a live band. Playing the clubs, taking existing material and putting their own twist on it was great and what they loved doing but it wasn’t the same as having a Marriott/Lane type song writing team. It’s a shame because things like The Boys’ ‘It Ain’t Fair’ showed massive potential even before the Action, and afterwards when Reggie was doing his own things (see Looking For A Dream collection) proved he and they should’ve focused more. But in their defence I don’t think commercial success was especially high on any of their agendas. It’s another thing I like about them, it wasn’t about the fame and fortune, it was about doing something they loved. That’s how I like to think of it anyway.

You were fortunate enough to have seen The Action when they reformed? Was that a dream come true?
If I’m honest, no, it wasn’t. I was contacted early on by Doug Bannon from the New Untouchables as I had a few phone numbers and stuff but I told Doug I didn’t think it was a good idea. Some of them had been out of music for decades and I couldn’t see it working. One of the things I loved about The Action was their mystique and how they were perfect from their recordings to their photographs. I’m not keen on bands reforming at any time, let alone one I treasure so much, and potentially spoiling their legacy. I should stress I realise this is a very selfish attitude and one I changed over time in relation to The Action. It was fantastic for them as people to reconnect and play some shows. I’m pleased they did it and that they were able to do it with all the members present; all fabulous blokes. Those shows feel all the more poignant now, sadly.

Are you hoping for further unseen/unheard The Action delights to be unearthed?
Of course. It’s been incredible over the years for all the additional things to surface: the Rolled Gold material, the things Circle Records and Top Sounds have put out, some old footage, the In The Lap Of The Mods book and such like. I still get a massive buzz just to see a different old flyer or gig advert or the tiniest press cutting reveal itself. The Holy Grail would be for the Ready Steady Go appearances to miraculously appear on-line. I’ve dreamt about it. One day, one day… 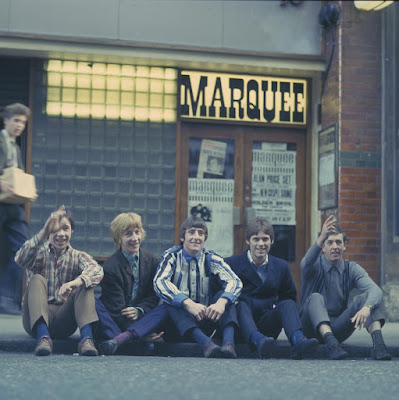