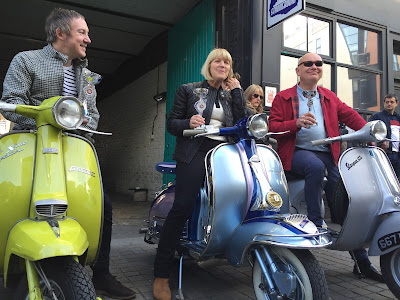 A lovely Sunday afternoon brought upwards of 300 scooters into the West End today for the annual Buckingham Palace ride out. Clogging up the capital with two-stroke fumes, the procession garnered admiration from pedestrians and annoyance from fellow road users, as it set off from Carnaby Street, down to Trafalgar Square, passed Houses of Parliament and Big Ben, along the Embankment, passed the London Eye, through the City and then stopped for tea and medals at the Strongrooms in Shoreditch.

The trophy winners above are for Best Lambretta (my SX150), Best Mod Scooter (Jane, Series II Li) and Best Vespa (Dave Galea, GS150). Yes, my scoot won a prize. All very surprising but fair play to judges Nick from Bar Italia Scooter Club (who mentioned “originality” and “character”, certainly has character all right) and Rob from New Untouchables for recognising quality… Felt a bit weird considering the time, trouble and money some folk spent on theirs and I don't do anything, keeping it au naturale, but obviously chuffed that decision was recognised. Wish I’d given it a clean though. Two QPR supporters - me and Dave - picking trophies; make your own gags.

Anyway, enough show boating. Here are some pictures of the day and some nice YouTube footage posted by Beccy Lee Rodger (from The Mod Closet) which captures the sheer numbers of scooters. Thanks to everyone - including the marshals - for making it happen. Now, where's that polish? 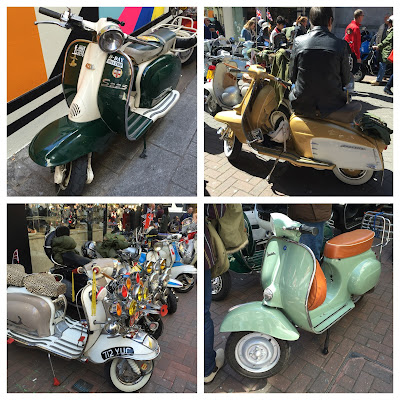 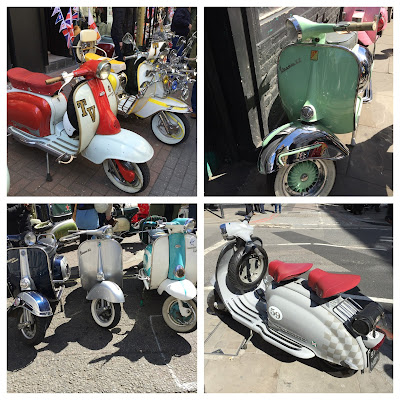 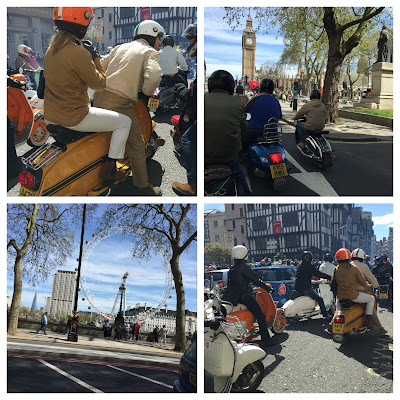 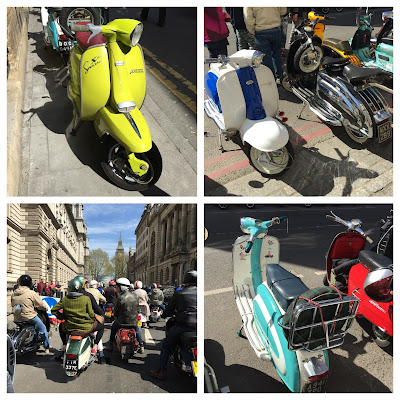