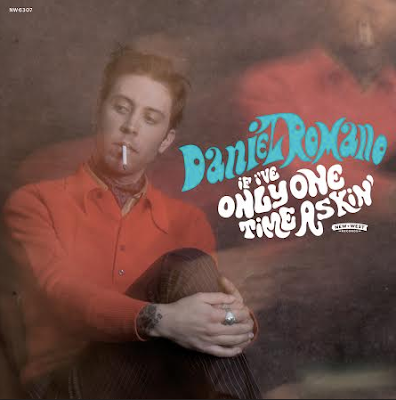 I raved about Daniel Romano’s Come Cry With Me back in 2013, making it my album of the year (for whatever that’s worth), and his latest LP If I’ve Only One Time Askin’ is another stone-cold country classic following the lineage from Hank Williams, Willie Nelson, Merle Haggard and Gram Parsons.

The man’s a story telling genius, totally out-of-time, this is stuff from a bygone era, but a genius nonetheless. I love his rubbery vocals which bend and stretch and then go slack and deep and pull on the heartstrings. Canadian Romano can do one man, a guitar and a bar stool and, as you’ll hear on this surprising new video to the album’s opening track, animated by Chad VanGaalen, he can stand up front backed by huge sweeping orchestration.


The vinyl edition of If I’ve Only One Time Askin’, released by New West Records, is housed in a beautifully authentic thick card sleeve. Out now.
And here's a stripped back version of "The One That Got Away (Came Back Today)" from the same album.