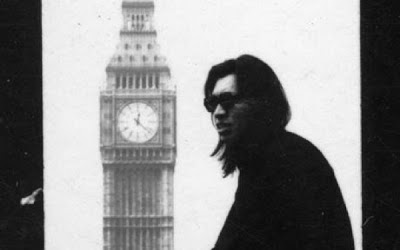 At this time of year Mojo Magazine always ask musicians and industry folk to nominate The Best Thing I’ve Heard This Year. Had I not been out when they called I would’ve replied: Rodriguez.

The real question is why it’s taken me until 2012 and the release of the documentary, Searching For Sugarman, to discover his two albums, Cold Fact (1970) and Coming From Reality (1971). Few outside of South Africa where, completely unbeknown to him, he was huge took much notice of these records on release but the film has done much to change that in the UK as a sell-out show at the grand Royal Festival Hall, sandwiched between shows at the Roundhouse, testifies. The sad truth is had he not been a Mexican called Rodriguez success would surely have been forthcoming a heck of a lot earlier.

As he confirms tonight Sixto Rodriguez was born and raised in Detroit. He recorded his first album there and his second in London both of which were made with background Motowner and Funk Brother Dennis Coffey. His best songs, like “Crucify Your Mind”, set Dylanesque poetry to either sparse arrangements or gentle orchestral ones that recall Nick Drake’s Bryter Layter. I hadn’t given his Dylan influences much thought before this gig but the opener with its refrain of “If I see you again, I’ll just grin”, sung from behind his shades and under his hat, drew an immediate comparison with Bob and “Positively 4th Street”, albeit delivered in warmer and less sardonic manner. I should stress Rodriguez only sounds like Rodriguez and his Bob-bits, although quite frequent, are usually subtle.

The Royal Festival Hall has the best acoustics of all London venues and his voice covered it like well-loved velvet blanket but age has now given it an extra vulnerability that added to his captivating performance. I sat on the edge of my seat, leaning forward, soaking it in. His small band gave the songs an extra rootsy-country feel to the records which worked well, taking more songs from Cold Fact than Coming From Reality. That second album, more fluid than the first, is my favourite so “I Think Of You” was the set’s highpoint for me but “Sugar Man” was the one that received a standing ovation.

Rodriguez had to be assisted to and from the stage so his eyesight might be failing him but he was all ears when it came to responding to repeated “We love you!” shouts from the audience between songs. For a man who’s spent much of his life as a manual labourer rather than a musician his feet are still firmly on the ground. His best reply was to the wolf whistles that accompanied the removal of his jacket to reveal a fine physique for a man 70 years old. “I know it’s all bullshit but keep talking baby”.

Any slight disappointment he didn’t play the heart-wrenching “Cause” was tempered by the encore of an out-of-character rollicking “Like A Rolling Stone” which came out of the blue yet felt absolutely the right choice. For listeners, it doesn’t matter when we discover music such as that belonging to Rodriguez; it’s timeless. For me, Rodriguez is the star of 2012.
Posted by Monkey at 15:53