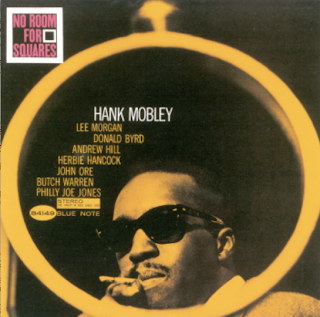 What a long month that was. These have kept the spirits up.

1. Hank Mobley – “Three Way Spilt” (1963)
A Blue Note LP No Room For Squares – with Hank donning the shades and balancing an inch of ash off the end of his fag – is always going to look the business casually (yet oh-so-deliberately) positioned on view in any sophisticated hipster abode. Sounds alright an’ all.

2. Georgie Fame and The Blue Flames – “Monkeying Around” (1965)
Fame’s new Mod Classics collection contains not one but two monkey related songs. Would have been a stewards enquiry if he’d failed to make this month’s picks.

3. Dusty Springfield – “I’ve Been Wrong Before” (1965)
If we ignore the ugly blemish of “La Bamba”, Ev’rything’s Coming Up Dusty is a beautiful album. Difficult to pick one track but this gets the nod for its Scott Walkeresque arrangement and production.

4. The Chocolate Watchband – “Don’t Need Your Lovin’” (1967)
The Watchband out stone the Stones with this snarling one-fingered garage salute. I met Dave Aguilar, singer and writer of this once. He was backstage after a gig and I asked him all sheepishly if he wouldn’t mind signing a record. “Yeah man, just give me a minute will ya?” He was a bit off. He was stood in his underpants.

5. Lou Donaldson – “Snake Bone” (1968)
After using the ultra-modish Peggy Moffitt for his cover star on previous albums, Lou played the Black Power card next and stuck a couple of right-on sisters on the front of Say It Loud. Not one of his most inspired LPs but the title track and “Snake Bones” cut an acceptable soul-jazz rug.

6. Keith Jarrett – “Mortgage For My Soul (Wah Wah)” (1972)
This is what we want: freaky duelling horns and what sounds like Rolf Harris’s wobble board played through a wah wah pedal.

8. Sonic Youth – “Mary-Christ” (1990)
Back in my Indie DJ days of the early 90s I never played this. I hereby apologise to the regulars at Freak Scene, Sticky Wicket and Club Skinny for such an appalling oversight. Would’ve sounded the business next to The Pixies’ “Debaser”.

9. Suede – “She’s In Fashion” (1999)
Time to borrow your sister’s blouse once more, Suede are back. Bernard won’t be there swishing his mane but plenty of Brett’s clunky couplets (“She’s employed where the sun don’t set/ She’s the shape of a cigarette”) will be, as will I. Note to Suede: Please do “To The Birds”. I thank you.