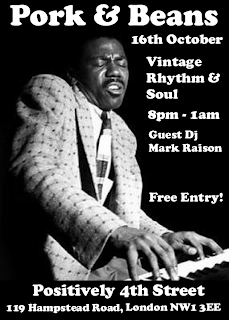 The debauchery and disorder that engulfed the previous Pork and Beans was wildly disproportionate to the very sensible closing time of 1am. There were beers, shots, drive-by abusers, petty thieving, and siblings whose legs turned to cheese. There was probably some music (I’ve a faint recollection of “Surfin’ Brid”) and possibly some dancing. It’s very vague but it was my birthday. I do recall it being a lively little bar so roll on the next one when I’ll be playing one record after another, many with a monkey theme.
Posted by Monkey at 18:49