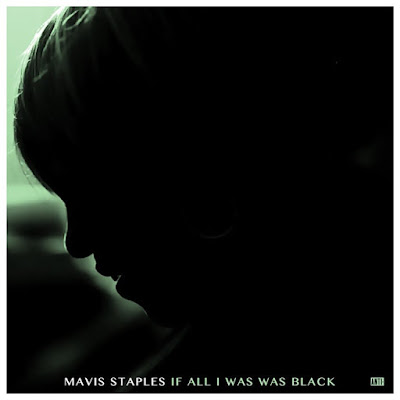 2.  Alton Ellis – ‘Black Man’s Pride’ (1971)
Title track from a new Soul Jazz Records compilation “from the transitory phase in reggae at the start of the 1970s, after the exhilaration of Ska and following the cooling down of Rocksteady.”

3.  John Gary Williams – ‘The Whole Damn World Is Going Crazy’ (1973)
Williams recorded for Stax with the Mad Lads, served in Vietnam, then returned to Memphis. This is what he found.

5.  Bob Dylan – ‘Saved’ (1980)
Just don’t go near that Born Again Christian stuff was the refrain when I first found Bob Dylan. Was reasonable advice to a young novice but Trouble No More, the latest instalment of The Bootleg Series, shows what a rousing period that was. This live version of ‘Saved’ would’ve had them rejoicing in the aisles.

7.  The Pretty Things – ‘The Same Sun’ (2015)
Released a couple of years ago on their clunkily titled but impressive The Sweet Pretty Things (Are In Bed Now, Of Course…), this gets a 7 inch EP release in January on Fruit de Mer Records along with their version of ‘Renaissance Fair’ plus two late-60’s live cuts: ‘She Said Good Morning’ and ‘Alexander’.

8.  The Galileo 7 – ‘Live For Yesterday’ (2017)
“Today is just tomorrow’s nostalgia,” sings Allan Crockford. As someone who’s played to packed venues by dusting off memories in reformed Prisoners, Prime Movers, Solar Flares and cranks out oldies in Graham Day and the Forefathers you know where Allan’s coming from and wonder if in years to come his current band will achieve similar better-in-retrospect acclaim. Based on the Galileo 7’s new pop-psych offering Tear Your Minds Wide Open it’s a distinct possibility. Crockford has now cracked this song writing lark and with the Mighty Atom, Mole, moved to his rightful place behind the drumkit, the whole thing swings with justified confidence. Don’t wait until 2040, check them out now.

9.  The Lovely Eggs – ‘Dickhead’ (2017)
Donning their new magical cloaks, The Lovely Eggs were on tour this month. Two things became apparent: they have so many great singles they can afford to drop ‘Don’t Look At Me’ without it being unduly missed and new songs featured from forthcoming album This Is Eggland, including the supersonic, drive-by abusing, ‘Dickhead’ will only add to that impressive score.