THE IMPRESSIONS at the ISLINGTON ASSEMBLY HALL 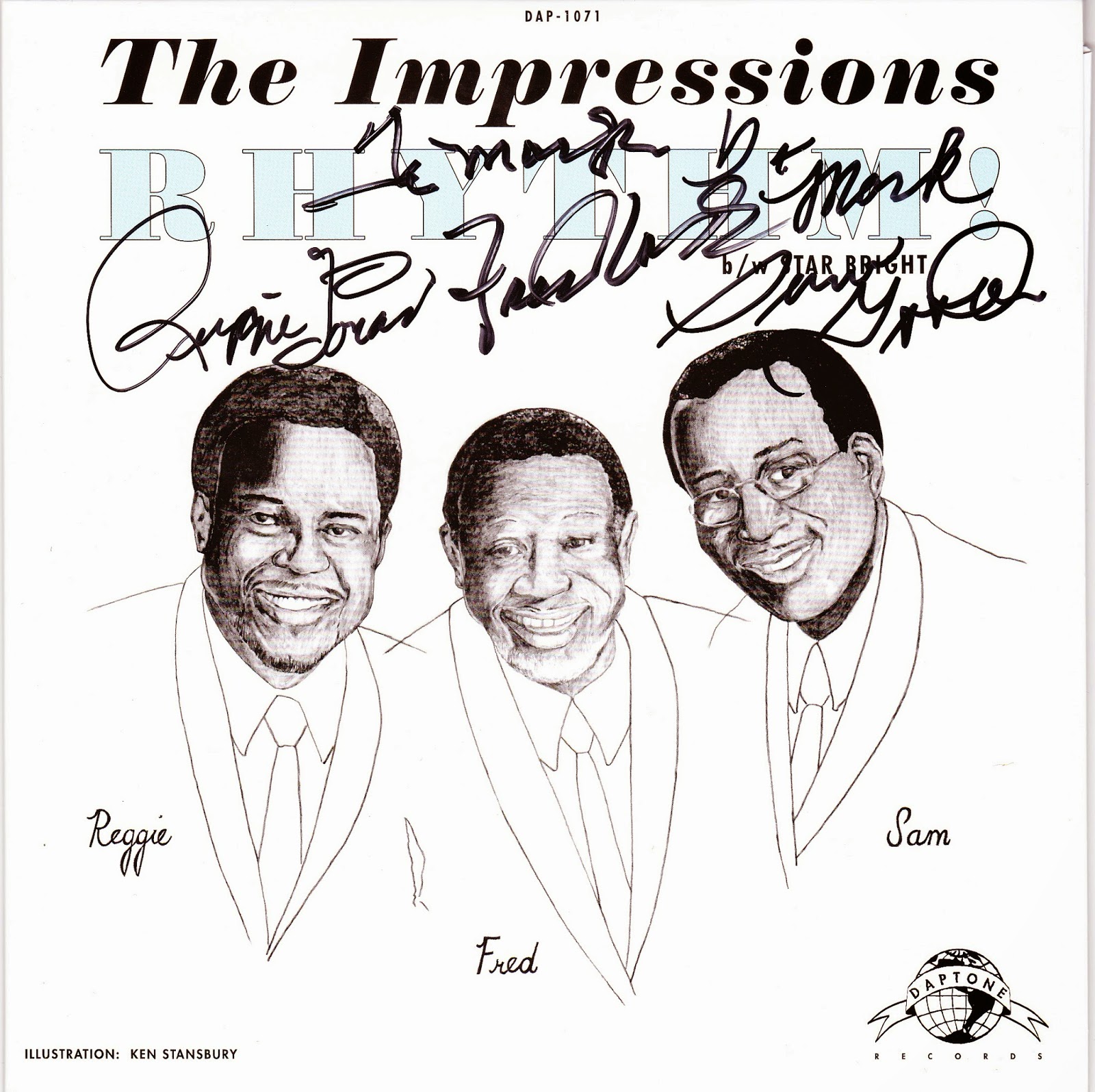 On my way to see The Impressions on Sunday I tried to think of something I’d sooner have been doing. I couldn’t. Two hours later when Sam Godden, Fred Cash and Reggie Torian strode on to the stage, with their beaming smiles, and began “Gypsy Woman” with their simply choreographed moves and synchronised handclaps, there was no doubt about it: this was the only place to be.

Three times I’ve been fortunate enough to see them now (equally my Curtis Mayfield score) and each time I’ve been blown away. There is something very magical which radiates from them. Their voices hit deep into the most joyous part of the soul but it’s their whole demeanour which elevates them into a truly special place. Sam and Fred, in particular, possess the kindest, sweetest faces one could wish to see. They look like the happiest men alive and it transmits to the audience. For 75 minutes all the woes and troubles of the world melt away.

The Impressions respect their material, their fans and the memory of Curtis (who receives heartfelt applause). Nearly everything is done true to the original versions. There’s no need to mess with them and they don’t. All the biggies are present and correct and whilst their amount of hits means one or two personal favourites could be absent any set containing “You’ve Been Cheatin’”, “This Is My Country”, “We’re A Winner”, “Choice of Colors” and “I’m So Proud” can never be knocked. Even their one new recording “Rhythm!” - a recent single for Daptone - is an old Mayfield number previously cut by Major Lance and fits, complete with Johnny Pate horn arrangement, seamlessly. It also replaced the rather superfluous “Superfly” which I’d seen on the other occasions, making it a welcome switch.

Although Sam and Fred naturally receive the lion’s share of affection for being members of the classic Impressions line-up, Reggie Torian (a mere pup, having first joined the group in 1973) deserves huge credit for his role as lead singer. He’s no Mayfield imitator but his voice is close enough to suit the songs – excelling on the ballads - and his gregarious personality adds much to the show. When during “People Get Ready” – the only song to noticeably deviate from the 45 – Reggie gives an oration about checking in your baggage before boarding the train to join God, it’s done with such a skilful blend of humour and conviction it’s enough make even the most committed atheists doubt themselves. This was surely heaven.

After an encore of “Move On Up”, ever the gentlemen, Sam, Fred and Reggie make themselves available to meet the fans. It’s always difficult in these situations to say anything too much but to able to shake the hands of these people – these legends, these idols – to touch the hem of their garments, as it were, and tell them face to face how much their music means is something which makes an already incredible evening perfect.

Setlist: Gypsy Woman, It's Alright, Talkin' About My Baby, I'm So Proud, Keep On Pushin', I've Been Tryin', Woman's Got Soul, People Get Ready, You've Been Cheatin', Nothing Can Stop Me, We're A Winner, I Loved And I Lost, This Is My Country, Choice of Colors, Rhythm!, Mighty Mighty Space and Whitey, Move On Up.