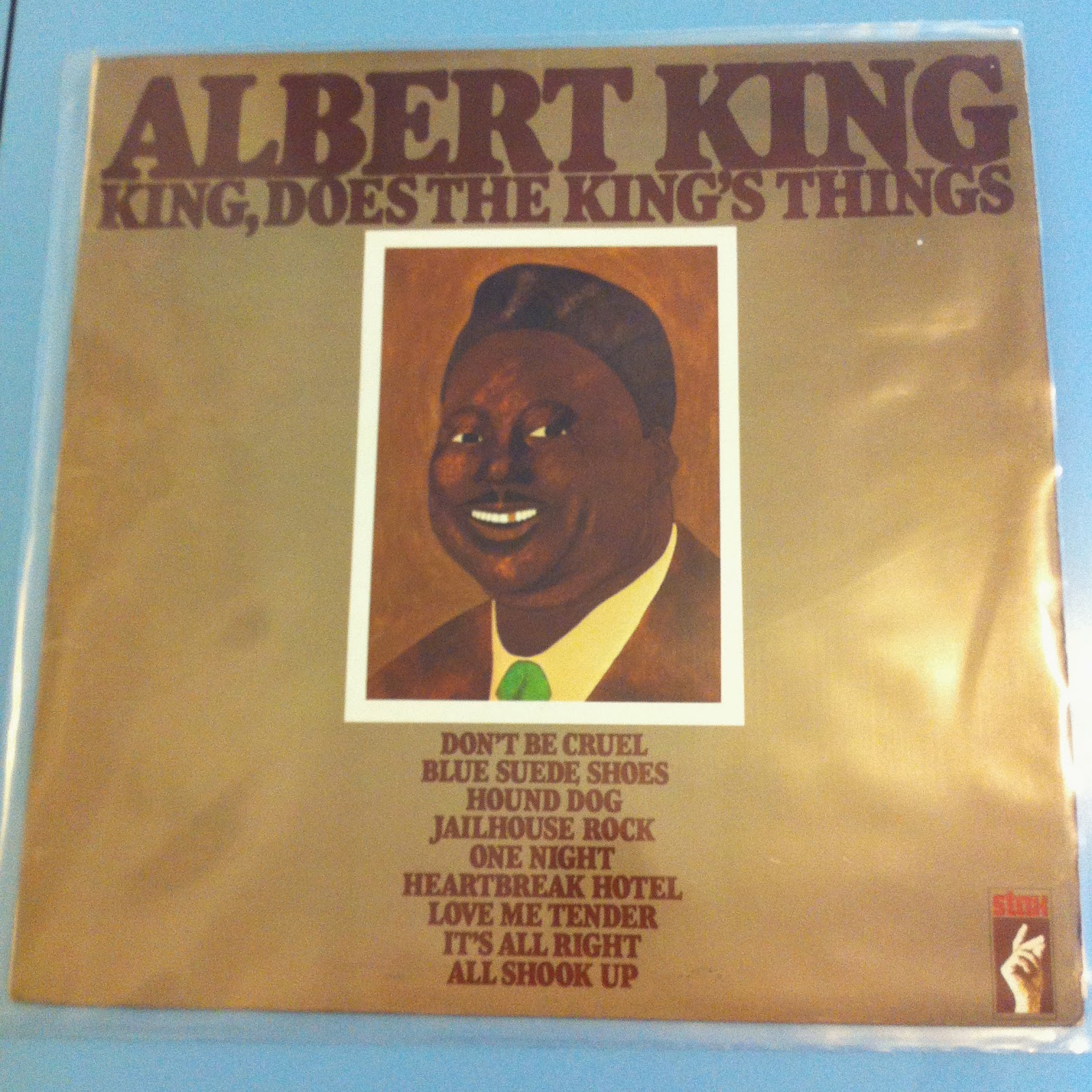 
1.  Larry Young – “Young Blues” (1960)
“Young Blues is the second in a series of underground test explosions of nuclear funkiness by the Larry Young Quartet”. So reads the liner notes to organist Young’s second LP. Of course it’s nowhere near as good as that (imagine if it was) but a nice example of early soul-jazz all the same.

3.  The Rubaiyats – “Omar Khayyam” (1966)
From the dynamite compilation New Orleans Funk 3 and written by Allen Toussaint, The Rubaiyats (featuring Allen) joyously promise to get out in the street and indulge in wine, women and song the whole night through. Sounds like one heck of a party. God, I wish I was back in New Orleans.

5.  Blue’s Men – “If I Were A Carpenter” (1968)
There are hundreds of versions of this but Argentinian beat combo Blue’s Men turn in one of the most bizarre. Brilliantly bonkers.

6.  Albert King – “Hound Dog” (1969)
Best record shopping find this month is Albert King’s LP, King, Does The King’s Things, a 1969 Stax release of songs made famous by Elvis. Backed by the MGs and the Memphis Horns it’s a smokin’ blues funk of a beast although quite what King did to upset the art department at Stax remains a mystery.

8.  Houston Person – “Hey Driver!” (1969)
A chant of the track’s title over an irresistible Hammond and horns groove from the excellent long-player Goodness!

9.  Blood Hollins – “Don’t Give It Up” (1976)
Everett “Blood” Hollins’ second release on his Strange Fruit label was this disco driven number. Had Paul Weller heard this in 1987 during The Cost Of Loving-era he and Dee C. Lee would surely have been tempted to cover it for The Style Council. Be grateful he presumably didn’t.

10.  Real Estate – “Primitive” (2014)
A quarter of the way through the year and the best album so far belongs to New Jersey’s Real Estate for Atlas. Melancholic melodies entwine with beautiful crisp guitar lines which weave their way through the whole record.
Posted by Monkey at 11:51